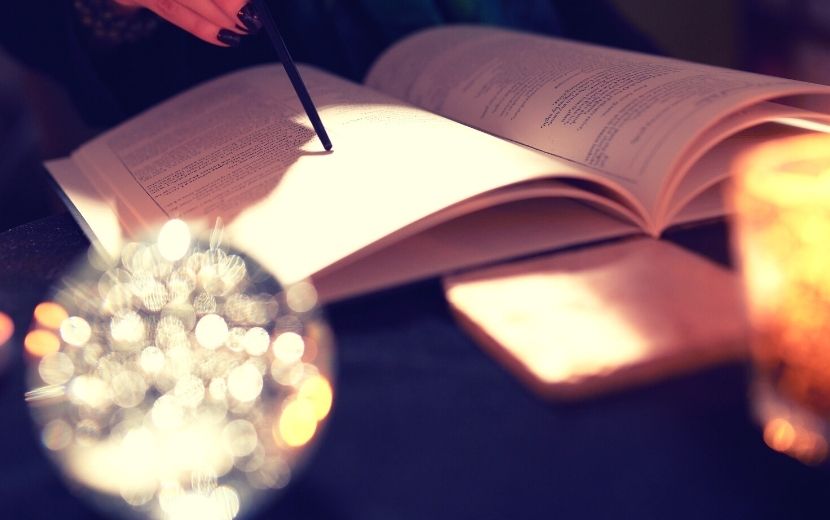 The concept of foresight has been pondered upon by curious minds for centuries. Napoleon Bonaparte, the French military leader and emperor who conquered much of Europe in the early 19th century, is quoted as having said; ‘Forethought we may have, undoubtedly, but not foresight,’ and that ‘Vengeance has no foresight.’ Foresight was also a central theme in Shakespeare’s Macbeth, Hamlet and Romeo and Juliet. The myriad of ways in which foresight can manifest itself is explored in this article. With respect to trading, the author states that ‘the foundation on which successful predictions are made cannot be simplified to foresight.’ However, she continues to say that foresight is an ability which can be developed and that ‘gaining knowledge and expertise in an area may provide one with the intuition necessary to acquire foresight.’ This article was first published on FirstRand Perspectives. – Nadya Swart

Albert Einstein is credited with saying, “Insanity is doing the same thing over and over and expecting different results”. But it is one thing to repeat the same mistake and another entirely to predict the correct course of action to avoid making the mistake at all.

Foresight is defined as the ability to judge correctly what is going to happen in the future and plan your actions based on this knowledge. But there is no black and white when it comes to this ability- where it comes from, how to develop it, if it is based on science or is merely a form of intuition. So how does foresight manifest in its many forms?

In Shakespeare’s Macbeth, a trio of witches visit Macbeth and Banquo and prophesise that Macbeth will become Thane of Cawdor and ultimately the King of Scotland. Adversely though, Banquo is told that he will spawn a line of Scottish Kings although will never possess the crown himself.

Sometime later, Macbeth is indeed made Thane of Cawdor. With half of the witches’ forecast realised, Macbeth’s excitement over his possible Kingship now grows. Lady Macbeth, perhaps even more ambitious than Macbeth himself, encourages him to murder King Duncan and thereby achieve this plan. Macbeth kills Duncan, assumes the throne, and later, fearful that Banquo’s sons will eventually snatch his Kingship away, kills Banquo and his son Fleance.

In this play, foresight is a central theme and here it manifests as a kind of self-fulfilling prophecy. It becomes apparent that the witches’ prediction has a significant influence on Macbeth’s path. Even more so, Macbeth’s mindfulness of the prediction is what affects him so profoundly. Once he learns of the prophecy, he is determined to actualise it into reality, come what may. He is prepared to go to such lengths to attain the Kingship, including murdering both the King and his best friend in cold blood. In all likelihood, had the witches not given the two generals insight into their independent futures, the story would have developed entirely differently.

Along with others, Shakespeare cultivates this theme of foresight and its associated destruction. If there is anything to be learned from using foresight as a self-fulfilling prophecy, it is to be careful where and how this energy is invested. Ambition is necessary for success, but at what cost? If one is to pursue a potentially precarious path, one must remind oneself why it began in the first place, and what the end goal is worth.

As the saying goes, forewarned is forearmed. But how does one access this forewarning? Perhaps it comes with practice; a kind of subconscious wisdom gained only through lived experiences and learning.

In the world of investing and trading, having a strategy is key to making profit. And it is said that having foresight is an advantage for building wealth in this way.

In general, there are two techniques for evaluating financial markets: fundamental analysis and technical analysis. These analyses look at the intrinsic value of a share, macro-economic indicators, and the cyclical patterns in stock price movements. Perhaps most importantly, in this context, these studies also look at the past performance of the share as a measure for future performance.

These analyses do not even touch the surface of the vast complexities in trading successfully.

With this in mind, the foundation on which successful predictions are made cannot be simplified to foresight. Rather, it relies on skill and an innate understanding of the particular economic climate. Or more so, the foresight needed to trade successfully is a manifestation or by-product of years of experience and direct involvement in the field.

Foresight, as per a dictionary definition, could not have predicted that the S&P-500 index would have gained 14% by the end of 2020, during the pandemic, while, simultaneously, unemployment in the United States had risen to 14.7% in April of 2020 and many businesses had gone bankrupt, according to Forbes. Maybe, though, through understanding the movements of the stock prices, and having gained insight into patterns through cumulative experience, experts could foresee a situation in which the stock market booms while the global economy suffers a recession.

This forward-looking insight can be seen as a sort of awareness of one’s environment. Knowing what to invest, when may be a natural perceptiveness. What manifests as foresight is then a result of having good intuition.

Animals, too, have this extraordinary intuition.

On December 26th, 2004, in Khao Lak, Thailand, a devastating tsunami inflicted havoc and destruction throughout parts of Southeast Asia. According to the Washington Post, a dozen elephants began trumpeting at the time of the 9.0 Earthquake, hours before the tsunami hit. Later, they bolted for higher ground. At the Yala National Park in Sri-Lanka, where the impact of the tsunami was immense, wildlife officials reported that hundreds of animals, of many different species, had escaped the catastrophe “unscathed”.

As Rupert Sheldrake wrote in The Ecologist, “In the Andaman Islands ‘stone age’ tribal groups moved away from the coast before the disaster, having been alerted by the behaviour of animals”.

So it seems that animals possess this “sixth sense” which has saved them time and again in dangerous times, when humans were not able to save themselves.

This begs the question, what gives the animals this apparent super-power?

According to Alan Rabinowitz in National Geographic, animals can sense danger by recognising “subtle or abrupt shifts in the environment”.

Rabinowitz, the director for science and exploration at the Bronx Zoo-based Wildlife Conservation Society in New York, says that some animals have acute hearing and other senses that enable them to determine Earth’s vibrations before the disaster hits.

What looks, at surface level, like foresight – a prediction into the future – is an innate intuition that the animals possess. Over millions of years of evolution, generations of animals have developed this intuition. They follow a kind of rule-set or signal that informs them to head for higher ground and seek shelter when vibrations in the Earth are detected.

Foresight manifests itself in a multitude of different ways and it seems that it is not even a uniquely human ability. Possessing the ability is not as simple as predicting future events, and so it is worthwhile to develop the ability through honing other skills.

Gaining knowledge and expertise in an area may provide one with the intuition necessary to acquire foresight. Setting goals and being determined to see them through may be another way to simulate this, as one gets so focused on the success that it is almost prophetic.

The fact that foresight cannot be diluted to some kind of supernatural power means that anyone can develop and practice the skill, giving them an upper hand in dealing with life’s challenges.