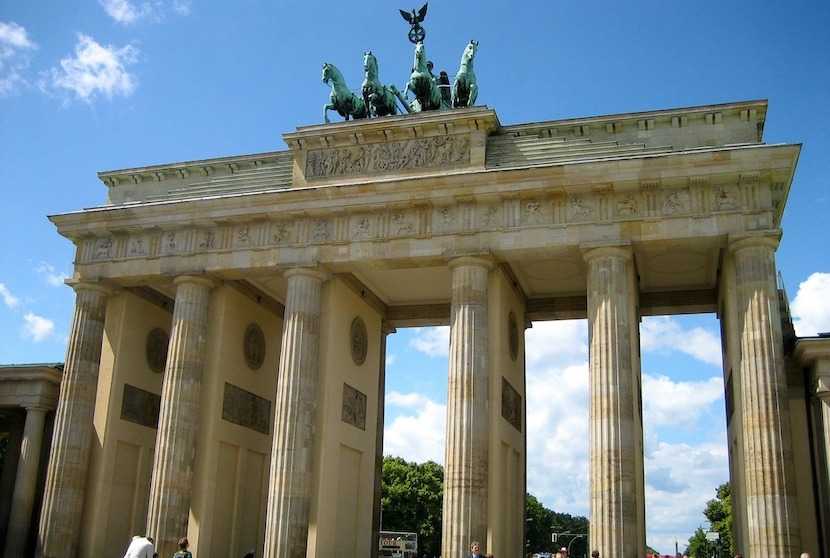 Berlin is a city that was once divided by a wall to keep westerners from infiltrating the east and damaging the communist experiment. It also stopped east Germans in search of a better life with more freedoms from entering the west. Barry Wood, a journalist who spent years reporting on South Africa for US audiences, has a special interest in Berlin, a city that underwent momentous change as South Africa did – with the fall of the Berlin Wall signifying the collapse of communism. Wood reflects on one of Europe’s most exciting cities, a place where the need for political transparency is articulated through architecture, but where expectations of growth are tempered with concerns about new technologies and shifts in global power. South Africa is also at a crossroads. There is an opportunity to push for transparency and human rights and other freedoms, while there are forces in power who would like to see a clamp down on property, and other, rights and resist attempts to unpick corruption. – Jackie Cameron

In 1891 Mark Twain brought his wife and three young daughters to live in Berlin for six months. He wrote of the German capital, “it’s a new city, the newest I have ever seen, the main mass of the city looks as if it had been built last week.”

The same might be said today 75 years after World War II’s fire and fury reduced great swathes of the city to rubble. Only since unification in 1990 has the long-divided city begun to emerge as a new Berlin.

The city today is a marriage or new and old overlaid with transparency and intentional reminders of the cataclysmic Hitler period.

Because Germans don’t fully trust themselves, transparency is the hallmark of the refurbished Reichstag or parliament crowned by architect Norman Foster’s magnificent glass dome which allows visitors to spiral up to the top from where they can observe the deliberations beneath them.

Nearby is Europe’s most exciting train station, a glass tube encasing three levels of tracks, platforms and shopping arcades. Across a green space to the south is the ground hugging, lego-like concrete and glass cubes of the chancellery, office of Germany’s head of government.

Strolling the restored main boulevard, Unter den Linden, it’s apparent that the long building boom that started with unification is nearing completion. Only the reconstruction of the Schloss, the royal palace at the head of the Linden remains. The ruins of the baroque palace were bulldozed by the communists. The rebuilt palace will host the Humboldt Forum, a venue celebrating European unity.

Berlin is again a grand city but one with poignant reminders that this is no ordinary European capital.

Hovering above the polish and prosperity is the long shadow of Adolph Hitler and the 12-year-long Nazi era. Berliners willingly shoulder shame and remorse for what happened. Reminders of unspeakable crimes are everywhere.

Near the iconic Brandenburg Gate is the city’s Holocaust Memorial, a five-acre space fitted with over 2,000 coffin-like rectangular slabs that commemorate the murdered Jews of Europe. It is a solemn, respectful place.

In addition, scattered across the city are 7,000 brass markers – stolpersteine/stumble stones in German – on sidewalks near homes where Jewish Berliners lived. Each is inscribed with name, date of birth and date and place where he or she was murdered.

Outwardly Germany is a huge success. Germans live better than at any time in history. They exhibit civic pride, style of living and basic civility beyond what is found in most places. They are exemplars of European unity, eschewing nationalism, promoting a European identity. Here the blue and gold European Union flag means something.

Germans accept responsibility for safeguarding the euro, the common European currency, recognising that its creation was a price paid for unifying east and west Germany. The € is Germany’s gift to Europe.

But beneath the elegance and good life, I found angst in Berlin. With Britain now on the outside there are worries about the EU’s future and its ability to compete with America and China. There is worry about what Germany will be like after Angela Merkel’s 13-year-long tenure as chancellor draws to its inevitable close.

There is angst as friends call attention to the nine-year delay in completing a new Berlin airport, a bungled energy policy that abandoned nuclear in favour of fossil fuel, and protests instead of celebrations in nearby Brandenburg after it was chosen by electric car maker Tesla as the site for its European Gigafactory.

“We can’t get seem to get things right,” goes the lament. What has happened to vaunted German efficiency?
Of paramount concern is worry about Germany’s world class auto industry. Fear abounds that VW, BMW and Daimler Benz were too slow in developing electric cars. A necessary restructuring of the industry could result in thousands of lost jobs.

Berlin is a fantastic place, vast in size – and as Twain observed – with the widest of thoroughfares. It is again the biggest, most elegant city between Paris and Moscow.

But it is strangely absent of the bustle of London or even Paris. Berlin is not a dominant European city. Perhaps it will never be.

Berlin is compelling, a mix of past and modern.

For me the most somber of Berlin’s reminders is the understated memorial in Opera Square where 250,000 books were burned in May 1933 by university students who came from all over Germany. It wasn’t just Jewish authors who were condemned as subversive and anti-German. Into the flames went titles by Karl Marx, Sigmund Freud, HG Wells, Jack London, Ernest Hemingway and Thomas Mann, among many others.

This suppression of free speech came only four months after Hitler became chancellor.

The memorial itself is a plexiglass rectangle flush to the ground in the centre of the square. Peering through it one sees empty shelves that could accommodate a quarter million books.