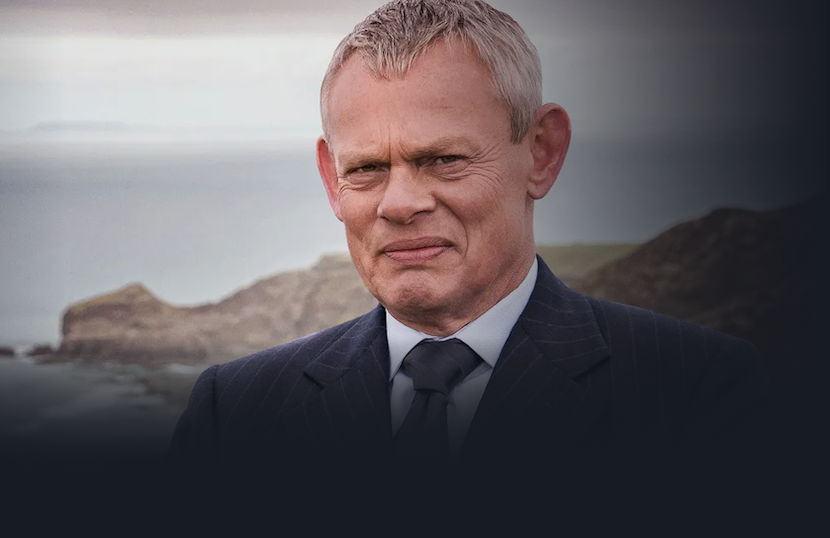 British actor Martin Clunes joins BizNews for a wide ranging discussion which moves from the star’s latest hit series where he plays DCI Colin Sutton in Manhunt; the 10th and final season of the iconic Doc Martin; his successful spousal business partnership with Philippa Braithwaite; the counter-intuitive impact of Covid on the entertainment industry; visiting South Africa and turning 60 (next month). – Alec Hogg

Martin Clunes on the British media saying Manhunt is his best work:

I think they need to revisit some of my earlier work, which was also very good, but I’ll take anything [laughs]. It is a part that I’ve loved playing. I liked being Colin. I have to say, it’s really helpful to me having a real person. You always look for something to act rather than just reciting your lines. To have Colin in my mind (and being Colin) I thoroughly enjoyed being that decent man. It sort of felt quite easy the second time around just to get into that groove.

On what Colin Sutton thinks of the series:

He’s really pleased. He’s been involved right from the start. It’s all based on his memoir. Ed Whitmore, the writer and he have a good working relationship. He turns up on set quite a lot, comes to have a look and he’s always tickled by the efforts of the art department [which is] brilliant in what they’ve recreated in terms of how a police station looks. We’re all very familiar with fictitious police stations, where the look is everything, rather than what they really look like. We’ve always been at pains with these programme’s to keep them as accurate as we can.

On lessons he’s learnt through the experience:

I learnt to appreciate the police force that is coming under an awful amount of scrutiny at the moment. On the first [season], the director and I hung out with Hampshire Serious Crime Squad just to see again, how the senior investigating officer operates with his teammates [in terms of rank]. The amount of work that goes into stopping people doing terrible things to each other is so impressive. They do so much and it’s so thankless. They seem to get held up and take knocks. There’s been some awful stuff. There are always going to be terrible people in all industries.

On working with his wife of nearly 25 years:

We’re a partnership in other senses as well. We have a daughter and we own a company, so that’s a form of partnership. I think we’re pretty good at not talking about work outside of work hours, especially when Philippa has been on [so many] Zoom calls. I think she gets a bit brain fried. The last thing she needs is to hear me and my silly questions.

It works really well because neither of us does the same job, so there’s no competition there. I’m very lucky, I bumble through life and things have come along. I’ve not actually ever been that ambitious beyond just wanting to stay busy and keep this as my job — the thing that I do that pays for everything. But Philippa keeps putting these things in my way that challenge me as a professional, as an actor that I wouldn’t necessarily do myself. If you have any success on TV, someone will ask you to play some kind of detective if you get audiences going back to your stuff.

I’m just not interested in those TV detective things. But this was different because it seemed to be more. It was a study of a man and a job as much as anything else, which is why I’m slightly [intrigued by] what the next series could be like. There may well not be one because we just sort of visited these two episodes in Colin’s life. I knew she was developing this with Ed because we did a thing called Arthur and George, which is a Julian Barnes book about Sir Arthur Conan Doyle. I knew that she and Ed were doing something about this interesting policeman but I’d sort of left them to it. Then I said, “Well, can I have a look? “The more she told me about the man, the more I got interested and I asked, “Can I play that?” and she said yes.

On the hit-show, Doc Martin:

It would have been impossible to film in that little village with the Covid restrictions as they were last year. But we’re all girding our loins for next year. We will shoot [the final series] next year from the spring through to the summer. Then it’ll be out this time next year. We have the editors in porta cabins down on a farmyard. Our outfit down in Cornwall is quite rustic. All our principal interior sets are built in a grain barn, that’s our studio. On the same farmyard is our holiday cottage. That’s where our office is. In the farmyard itself are the porta cabins where they edit [and where] we store the costumes and props and things.