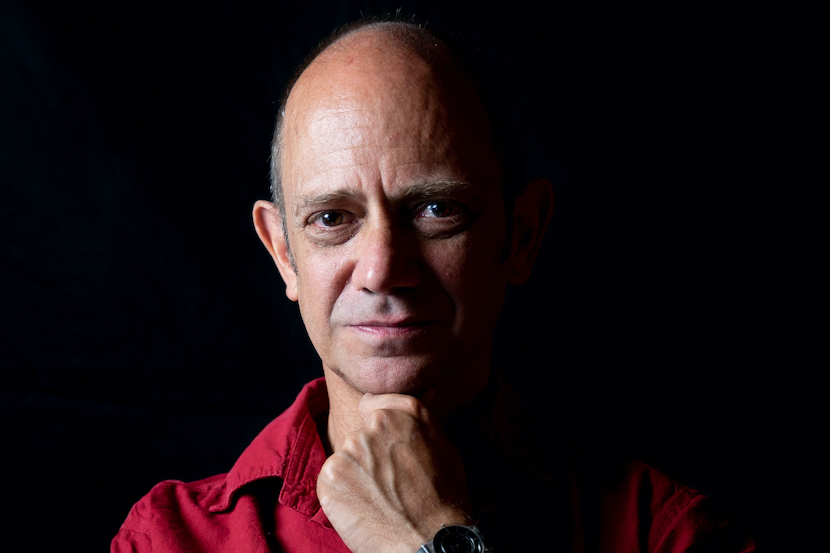 A South African writer, Damon Galgut has won the 2021 Booker Prize with his novel about a Pretoria family, The Promise. With this win, he follows in the footsteps of well-known South African writers Nadine Gordimer and JM Coetzee. Damon, who was shortlisted for the prize on two previous occasions, told BizNews he really imagined that being shortlisted was as far as the book would go and was taken by surprise when he happened to win. – Linda van Tilburg

On what it feels like to win the 2021 Booker Prize:

I don’t know what to say, except thank you very much. It’s a little bit ‘unreally’, but good. I’ve been in shock for a few days and working very hard talking about the book. I’m somewhat exhausted and, you know, still a bit stunned, but in every other way, in a good state. Thank you.

On the story about a family from Pretoria and how the city weaves itself into the story of South Africa’s transition:

Essentially, it’s the story of a family, the Swarts, who live just outside Pretoria, where I also grew up. And it tells the story of, I guess, the decline of the family through the device of four family funerals. You only really get to see them for a day or two around each funeral, as mother, father, sister and brother die. But I hope that little window that opens onto [each] funeral tells a larger story, too, about the country behind the family, but also about some of the issues that have shifted and changed in South Africa over the last 30 or 40 years.

On whether there is pressure on South African writers to have a political element in the stories they write:

Pressure is maybe not the right word. It may be more of an internal pressure. It’s very hard to write a story in South Africa that is neutral in the sense of being, you know, free of history. Our recent past is so loaded and tumultuous, to state the obvious, we’re all shaped by it. So, what would the story be that’s free of that history? There’s something artificial in creating a story where your background, your race, your class doesn’t matter; they matter very greatly in South Africa. If you’re really going to be cognisant of what goes into making a character, if you’re writing a story, you have to take these things into account.

On his love of stationery and writing in longhand:

I’m very old fashioned and I also just have this love of stationery. I’ve always loved pens and ink and paper. I know they’re out of fashion now with a new generation, but I still have an almost childlike excitement over those things. I use a particular Parker pen, which was given to me as a gift long ago when I was about 20. And I like these big hand-stitched ledgers that I buy in India. Every time I’ve visited, I come back with a pile of them. I like the connection between my brain and the word that is set down on the page. The computer cuts that connection. I also like the fact that it’s a slower process than typing on a computer. I get a few more seconds to think about what I’m saying and that matters.

On keeping earlier writing and not making notes of observations:

It’s a mess. I am probably the only person who understands what’s going on in the manuscript. There are errors and things shifted around. [My crossing out] is quite nice to return to later. Incidentally, you know, the computer tends to erase the path of work you’ve travelled, whereas if it’s on the page, you can go back to it. And it’s useful if you’re stuck. If you’re stuck in a new story and you go back to an old manuscript, you can see you tend to struggle with exactly the same things over and over. It’s easy to forget that when you have a clean page on that the computer.

I don’t really make notes. Everything that is important sort of stays in my mind. I mistrust making notes because firstly, it’s an inadequate record. But secondly, if you don’t remember it, you’re probably not going to be able to draw on it in the right way anyway. The stuff that’s important stays in your brain. I think you don’t have to note it down. That’s my experience.

On what prompted him to become a writer:

It’s an impossible question to answer because everybody’s story is different. I know a lot of writers who have no particular events in their background that would lead them to want to do the strange thing. In my case, I trace it back to being ill as a child for a number of years. (Galgut was diagnosed with cancer at the age of six.) And that was the period when I was first learning to read and books were a great escape. They take you out of where you are. They take you somewhere else. They provide a kind of comfort. It’s logical to me that those associations led to me wanting to make stories of my own. But that may be a fake explanation. Maybe I would have wanted to do this in any case. It’s very hard to know wisdom after the fact.

It’s easy to forget at this point that books were probably the only outlet we had. There were no tablets or devices to distract you. If I was sick now, maybe my distractions would have come in a different form. But back then, books were it. They were my entertainment and mental stimulation. There weren’t many other options. We didn’t even have television in South Africa at that point. So, books were absolutely central to our cultural life. It was thrilling to me to learn, to read and to learn what stories could do. And I haven’t lost that, though for the new generation, perhaps it seems like an odd indulgence, but for me it was everything.

On dedicating his Booker Prize to African writers:

Well, let’s see what, not only my win, but the Nobel Prize, the Prix Goncourt, the International Booker this year have all gone to African writers, which is a stellar sweep for our continent. Very unusual. It’s hard to know if that signifies a shift in attention on the part of the West towards Africa. I mean, one would hope so. Whether that’s going to be a long-lasting change or not? But yeah, I certainly think we should be using the momentum that this current attention brings, to try and excite more readers and not only in the West. Our own readers in Africa should be paying attention to our storytellers and our books. We have a lot of stories to tell and it’s about time they took centre stage.

We are delighted to announce that the winner of the #2021BookerPrize is ‘The Promise’ by Damon Galgut! Watch Damon’s winner’s interview live on the BBC now: https://t.co/AV21wqAtaD@ChattoBooks @vintagebooks @penguinrandom pic.twitter.com/TeC0WvN9k9