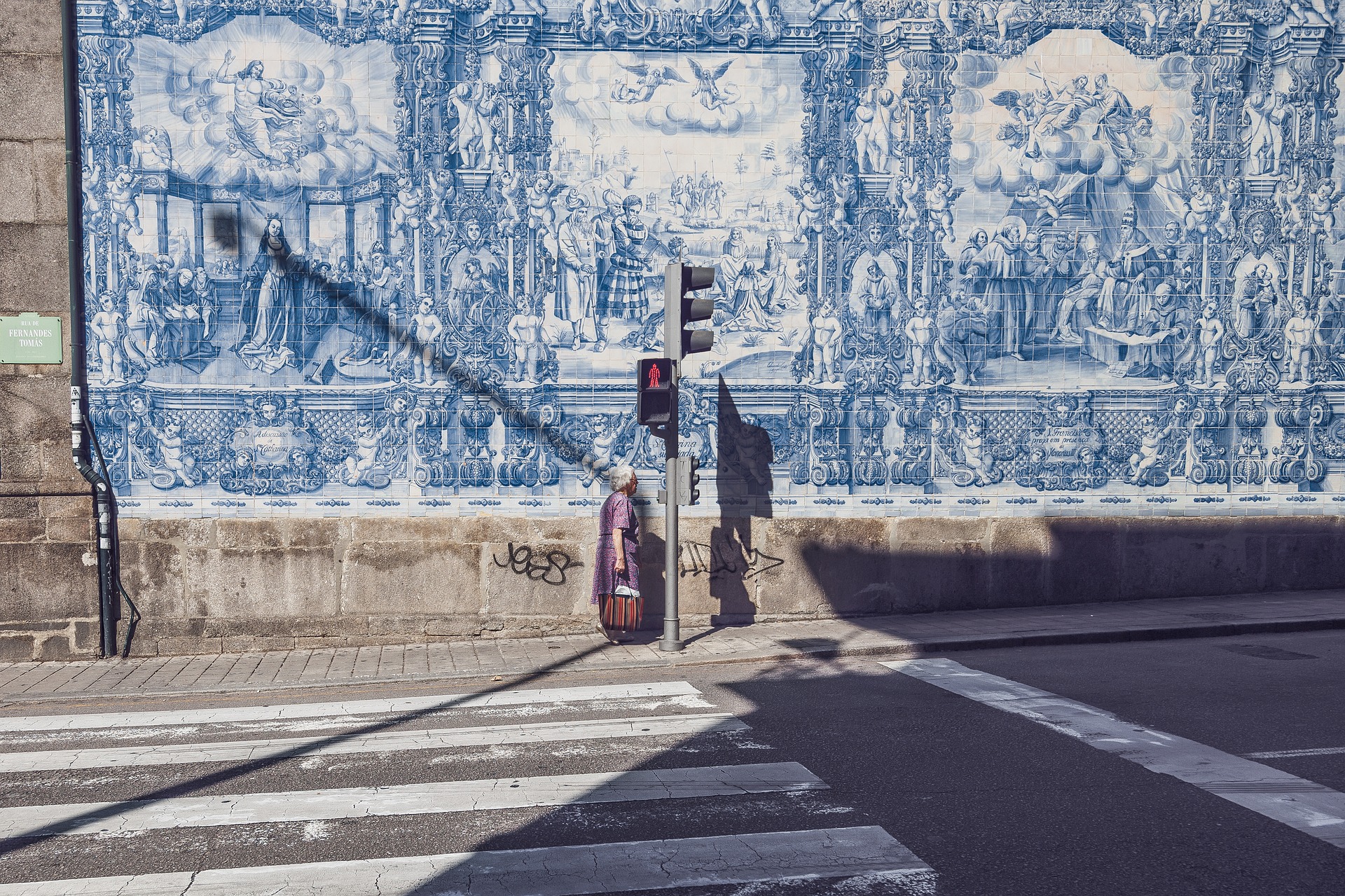 Our ancestors have been writing on walls since the beginning of time. It was a way of communication and documentation. Fast forward a few hundred years and people are still writing and drawing on walls. Some of these works are described as unconventional ways of expressing creativity by artists who refuse to be boxed in by gallery walls and price tags while others are described as criminal acts punishable by a fine of up to R30,000 or imprisonment by a South African court. Where do we draw the line between art and vandalism? Is art not subjective and open to interpretation? In this article, John Siddall states his position clearly but indulges the reader with research into both sides of the debate. His research and travels take him on a journey to the following conclusion that you may or may not agree with because, as Shakespeare wrote in Love’s Labour’s Lost, “Beauty is bought by judgement of the eye.” And we all know that judgement can be such a mercurial concept. This article first appeared on FirstRand Perspectives. – Misha Samuels

When is it Graffiti or Street/Wall Art or even Mural Art?

As a Pilgrim (Peregrino) walking the Portuguese Camino (The Way) during July and August of 2018, the title of this article became very apparent. And not in a negative sense! Portugal showed me the beauty of what I believed to be Street Art versus Graffiti.

My findings, or rather discovery, of this art form was whilst carrying about 14kgs of (necessary) stuff in my backpack, leaving Lisbon on my next Camino Adventure to Santiago in Spain – a walk of 675kms. A journey where the search for beauty is so much more profound, but also everywhere to be found, if you open your eyes and of course your heart. “Beauty needs to be felt, not just seen” in my mind.

As a “hater” of Graffiti as we (I) think of it today, and with the lovely versions I saw on this trip, I could not alter my thoughts and decided that what I actually liked was Street Art, not Graffiti.

I needed to justify my thinking and Google helped me out with.. “Graffiti and Street Art are often confused with one another. Both are subversive art movements where work is displayed in public rather than in a gallery setting. While Graffiti artists place their work in public, generally they are not interested in the public understanding their work; they want to speak to other Graffiti artists. Conversely Street Artists want everyone to view and be engaged by their work. They are trying to make a statement. Graffiti writing and street art are closely related contemporary art movements, which differ in terms of technique, function and intent”.

I was still not convinced and to me, some was positive (Street Art) and others not so (Graffiti) To me, Graffiti had always denoted a sense of negativity and been ‘understood’ to be acts of youthful exuberance and malicious or vindictive. This often extends to political or hate Graffti, conveying messages of racial, religious or ethnic slurs”. To me it is just random visuals / messages thrown together by amateurs who seem to be angry with the world. 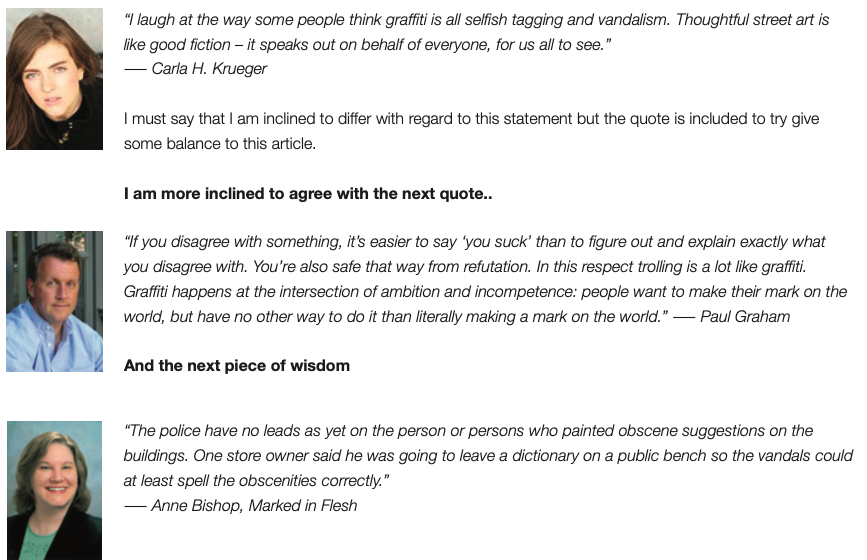 But then in an area combined with the traffic and industrial area, suddenly appeared something different and maybe an art form which I had also never really taken notice of. Perhaps a totally happy and relaxed state of mind, doing something I really love, alerted me to the beauty and craftsmanship in what I believed to be Street Art. Or maybe it was for the wonderful experience I had had in Lisbon a year earlier and the love of a new city (for me) where even the traffic seems quieter, and the soft gentle side of the Portuguese nation (my experience) influenced me to wear the “rose-tinted glasses”.

This is the positive side to Graffiti (Street Art as I knew it) – beautifully crafted images adorning blank walls in the most unlikely places and certainly beats the “mad scribblings of Kilroy was here” back in the day.

The journey then continued with even more surprises which lead me to the boardwalk along the River Tejo leading into Vilafranca de Xira – a cycle and walking track, where rest stops have been beautifully created and which seem to be highly relevant to the path and that section of Camino.

This visual was directly across the path from a green gym where some locals were working out.

The artwork faces a mini-pier overlooking the river – Look one way – Art. Look the other the reality of the scene 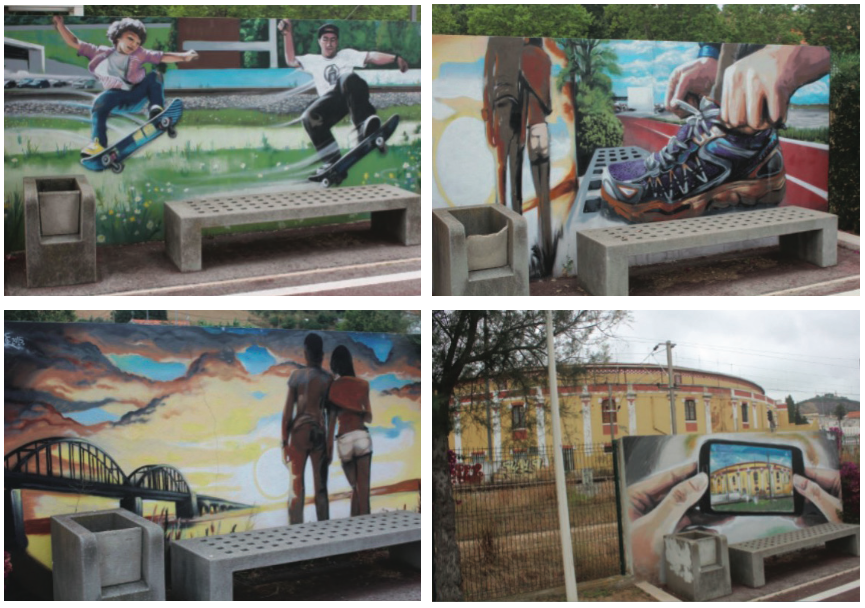 This experience of Street/Wall art then lead to further investigation and wanting understand if these pics would fit the description. Once again Google came to the rescue and the new understanding that these would qualify more as Mural Art – which lead to even further YouTube experiences of some of the top Muralists around the world.

The definition given to Muralists is…

A mural is any piece of artwork painted or applied directly on a wall, ceiling or other permanent surface. A distinguishing characteristic of mural painting is that the architectural elements of the given space are harmoniously incorporated into the picture.

Now this made more sense and alerted my senses to finding other wonderful art (Mural and Street Art) along The Way. Somehow there still seemed to be a difference.

However, finding other forms of Mural Art was not difficult through the rest of Portugal with some amazing displays exactly what is meant by “Any piece of artwork, printed or applied directly on a wall, ceiling (well done Michaelangelo) or other permanent surface”.

These other unexpected and different pieces, of great art appeared in very unlikely place of Agueda and Porto later on in the trip.

So if the aforementioned examples fall into the definition of Murals then there is still a place for Street Art in Portugal.

“Street art is such a pure art form. Maybe not quite as pure as graffiti (?) but up there. It is so democratic. Art by anyone for everyone. It offers so much but asks for so little.”

“Few people go to art exhibitions. The power of Street Art is that it goes to people’s daily life to be seen.”

The best example that showed me the difference between Street Art and Murals could be seen in a town such as Agueda where a summer Festival “dresses the streets” which they leave standing (from July) for the duration of the summer (end September) and which pleases the tourists and Peregrinos who happen to visit this town during this time. 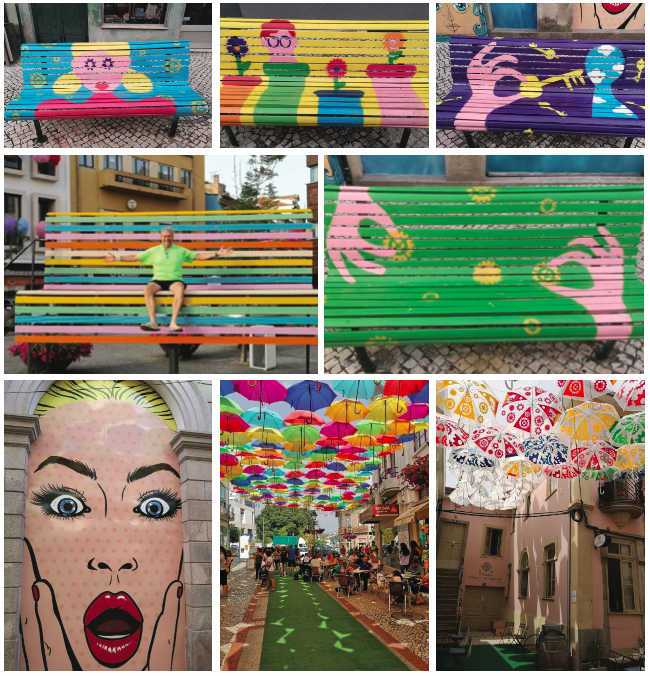 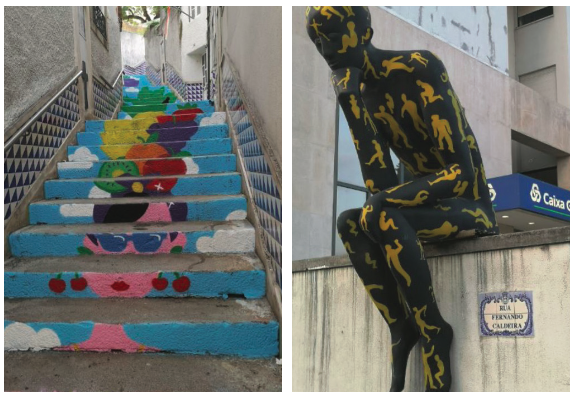 Whilst these examples may be the ramblings of a walking Pilgrim though Portugal it was a terrific experience not only for the some of the hidden yet so obvious wonders of Portugal.

And the fact that there was so much more of the “better” ART (in the mind of the writer), it certainly helped to differentiate between Graffiti (as I see it) to that of Street Art and Murals.