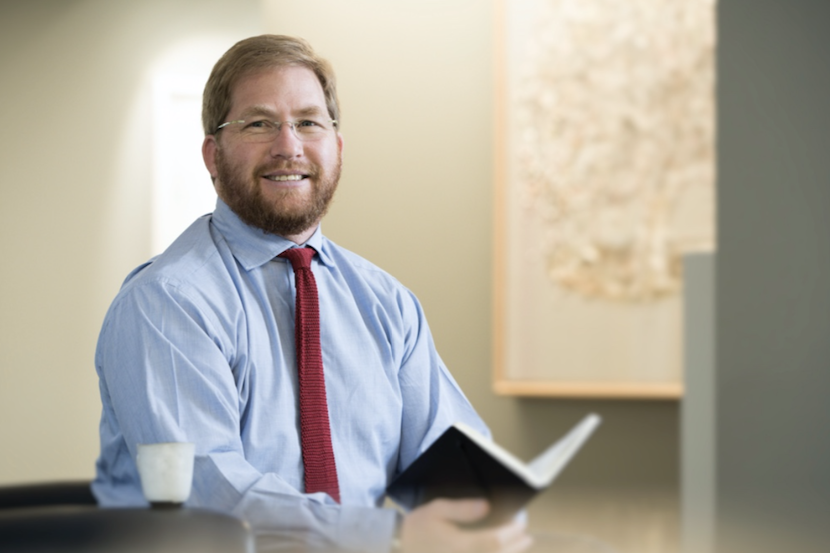 In this thoughtful and moving interview, the scion of South Africa’s storied Oppenheimers uncovers a bit about his late wife Jennifer, generational investments into Africa’s future, and incentivising scientists to find solutions to the continent’s challenges. It opens a rare window into an iconic family most comfortable operating out of the spotlight. Jonathan Oppenheimer shares a passion first articulated by his great grandfather Sir Ernest three-quarters of a century ago: to do business in a way that makes a positive impact in the lives of Southern Africans. – Alec Hogg

Jennifer’s life really could be classified into a series of chapters and her first chapter was an incredibly strong academic at school. Her second chapter was this extraordinary passion, particularly for Asia and learning to write and speak Chinese, super well-educated. Years back, she won a Fulbright Scholarship to Mainland China. It was announced a week after the protests at Tiananmen Square. So, she didn’t go to Mainland China and ended up going to Hong Kong. Then we met, fell in love and had this most extraordinary journey together, came to Zimbabwe in the mid-‘90s, spent four years in Zimbabwe, came down here in ’99. There again is a wonderfully silly anecdotal story. She was always a little bit concerned about crime in South Africa. She said to me, “I love Zimbabwe, it’s brilliant, it’s a wonderful place” but going down to South Africa before we moved, she thought it a little bit dodgy. We arrived in 1999. She truly embraced South Africa as home. She was a South African first, globalist second, and somewhere in between, there was Africa as well. She just really embraced everything first and went through what was a really interesting journey. She was obsessed with health and education, which I think is where many of us focus. As she began to understand more deeply the challenges that face South Africa – or rather, Africa and the world at large – the environment became an increasingly big part of her focus and her passion. Over the last five years of her life, we tilted our private philanthropic work away from education, towards ecology and, particularly, sustainable ecology. It tied in very nicely with a lot of the work the family had been doing in terms of the Oppenheimer Research Conference, which has been going on for years. We would like to think we’ve truly tried to understand how you create a sustainable environment. It’s not just research for the sake of research; it’s not a pretty paper that is published in science [books]. It is work that can influence how you make a sustainable ecological system; where man can exist and live for generations. That was her passion. She was obsessed with this in the end. It seemed natural to create this gift in memory, which tried to celebrate the best scientists in this ecological space that Africa had to produce.

If you believe in systems – I’m a great believer in systems, Jennifer was a great believer in systems – when you contemplate a system, you can see the weak points. Africa is both the greatest opportunity and the greatest risk the world faces. The reality is, if you truly want something that is going to have a permanence rather than just a transitory moment in the sun, you need to make sure those weaknesses don’t become catastrophes and crises. Focusing on Africa and making those opportunities – whether they are opportunities for disaster or success – is life-fulfilling. That is what keeps on drawing us back to Africa. We can see the opportunities and we need to access them because if we and other people don’t, we really are going to cause the other: disaster. And the disaster won’t be an African disaster, it will be a global disaster.

On the JWO research grant, a generational investment for scientists to find solutions to Africa’s challenges

We have had over 700 applications over the three years, and last year, we had 254 accepted applications from across the continent. I think we had 27 countries apply. It’s pretty wide reaching. Interestingly, 2021 was the year of microplastics. This growing awareness of how truly – if you have apex predators, you might have apex homers – microplastics might be an apex homer. Over half the applications played with microplastics, mostly in the oceans. The winner, Dr Gideon, is looking at microplastics not only in terms of the ocean where we know they’re catastrophic, but also in freshwater systems and what they are doing to the human body. How it affects your gut is just scary. It changes your hormones. All of a sudden, people who were perfectly healthy are no longer fertile and start having all sorts of cancers and crazy things.

The grant is $150,000 and can be dispersed in chunks up to a period of three years. We award this grant every year. Right now, we have got three recipients. The first was a wonderful woman, Haley Clements. Her area of focus was on biodiversity and biodiversity mapping; critical if we are going to know what’s happening in the environment. She is doing some of the leading work in the world, particularly in Africa, which has some of the widest biodiversity and needs to preserve this biodiversity more than anywhere else. The second guy is equally amazing. He is doing unbelievable work on malaria and has figured out that light and particularly the frequency of light, affects whether Anopheles mosquitoes are attracted to something. We all know moths are attracted to light. But did you know that Anopheles are not as attracted to yellow light? So, if you change the light bulbs in the houses in Africa, you change the attractiveness of the house to the Anopheles mosquitoes. You could – we don’t know yet – dramatically reduce the propagation of malaria across the continent.