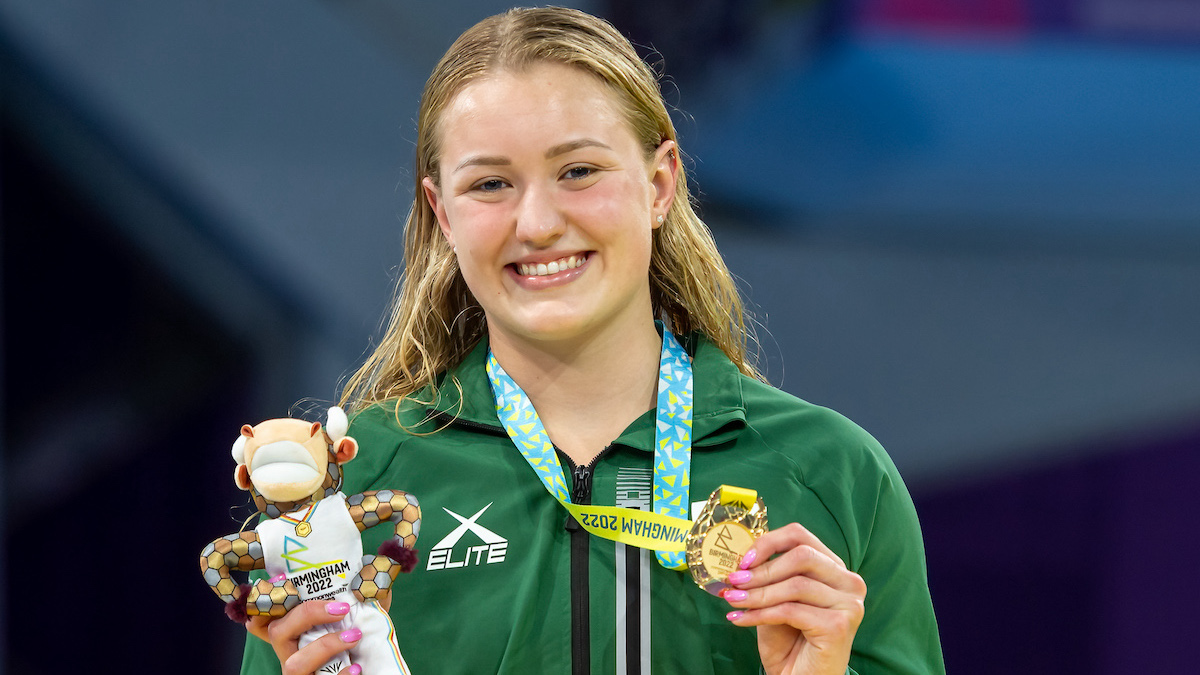 Lara van Niekerk was relatively unknown in international sport until recently. But after her success at the Commonwealth Games in Birmingham, where she broke records and won gold medals in the 50m and 100m breaststroke – beating fellow South African and Olympian Tatjana Schoenmaker – she is sure to leave others in her wake. The 19-year-old from Pretoria attributes her success to her determination to keep on improving and her ability to overlook obstacles like the colder water she had to train in when loadshedding lowered the temperature of the swimming-pool. Van Niekerk told Linda van Tilburg why she decided not to move overseas, the difficulties of finding sponsors, and how she has her eye on bigger competitions, including the Olympic Games in 2024. – Linda van Tilburg

Swimming from a young age and always keen to improve

My parents got me into swimming quite early, just for water safety. My dad always used to say: if a kid is in trouble, they need to be able to swim themselves out of the trouble and ever since, I’ve just loved the water. I started swimming with my coach [Eugene da Ponte] when I was eight years old. I’ve been with him for 11 years now and we’ve just got such a special connection. and I think he knows me better than I know myself. So, that’s just how it started and I haven’t ever thought of doing any other sport. I’ve just loved swimming from the beginning and I’m a person who’s never satisfied. I always want my swim to be better than the previous one. So, I’m very excited for what the future holds.

How loadshedding made training in winter harder

Luckily, we have a heated pool and it is pretty good in the winter where we train but when we came back, because I was overseas for six weeks in Europe, travelling, doing the Mare Nostrum and world championships and I had a European summer. But when I came back, we had loadshedding and it was winter. So at a stage, we just had to train in 22 degree Celsius water when it was 12 degrees Celsius outside. It was really cold, but it was just getting through that week and then it started getting better because the night-time temperatures did not fall as much; we were training outside. At least it was just for one week when I came back; it was really cold and we did struggle a bit with the low temperatures. The pools are generally colder than they normally would be because they don’t run on the pumps the whole time. But I thought,  “You just need to get through it and it’s mind over matter.”

Deciding to stay in South Africa and not move overseas

My sister actually spoke to a few colleges when she was still swimming and that made me excited to also try and do that one day; but then I just came to a point in my career where I just realised, if something works, don’t change it. And my relationship with my coach, we are really close. He knows what training works for me. So, changing now would not do any good. I think he knows me and I trust his training and his programmes. That made me want to  stay in South Africa and for my support structure, my family. When you go overseas, you’re kind of all on your own and I’m a big family person. So, I think I would be someone who struggles a bit with that.

Following in the footsteps of other breaststroke champions, Penny Heyns and Tatjana Schoenmaker, and British Olympian Adam Peaty

I think we are generally tough swimmers, because breaststroke is really a hard stroke and it takes a lot of technique and work that goes into it. I think that is why we are such good breast strokers. Penny has shown us that it is possible to be competitive at breaststroke. Tatjana Schoenmaker has definitely inspired me. I’ve watched her since being small and I actually grew up swimming with her at the Pretoria Aquatic Club (PAC). As an 11-year old, I saw her swimming and ever since I have looked up to her. She set an amazing example at the 2018 Commonwealth Games and leading up to the Tokyo Olympic Games, she just got better and better, and then surprised us all at Tokyo. She is definitely an idol and a role model.

Most of the competitions I’ve competed in were in Africa. I am only showing myself on an international level now. I’ve always been under the radar and I am actually becoming one of the better swimmers. Next is the world championship in December; I hope I am going to go. We are still deciding on that one, but it will be very exciting, because last year with Covid restrictions, South Africans were banned from travelling to Abu Dhabi. I really want to participate in it this year – and I really want to visit Australia.  One day, I would love to swim as an Olympian. I’ve always, since I was small, told my coach that I want to go to the 2024 Olympics. That’s the goal and I really hope that I can go there and maybe win a medal.

Swimmers find it difficult to get sponsorship

This morning, I spoke to one of the athletes and it turns out that we always end up paying for our own trips when we go overseas, whereas other sports in South Africa get funding, but we don’t. It’s always a struggle, especially if you do more than one international competition. It gets really expensive to start paying for each of these big meets. I don’t think we get the same support from South Africa, but hopefully that will change. I think the money mostly goes towards soccer and rugby and we get pushed aside. But I hope someone will stand up for us and make a change.