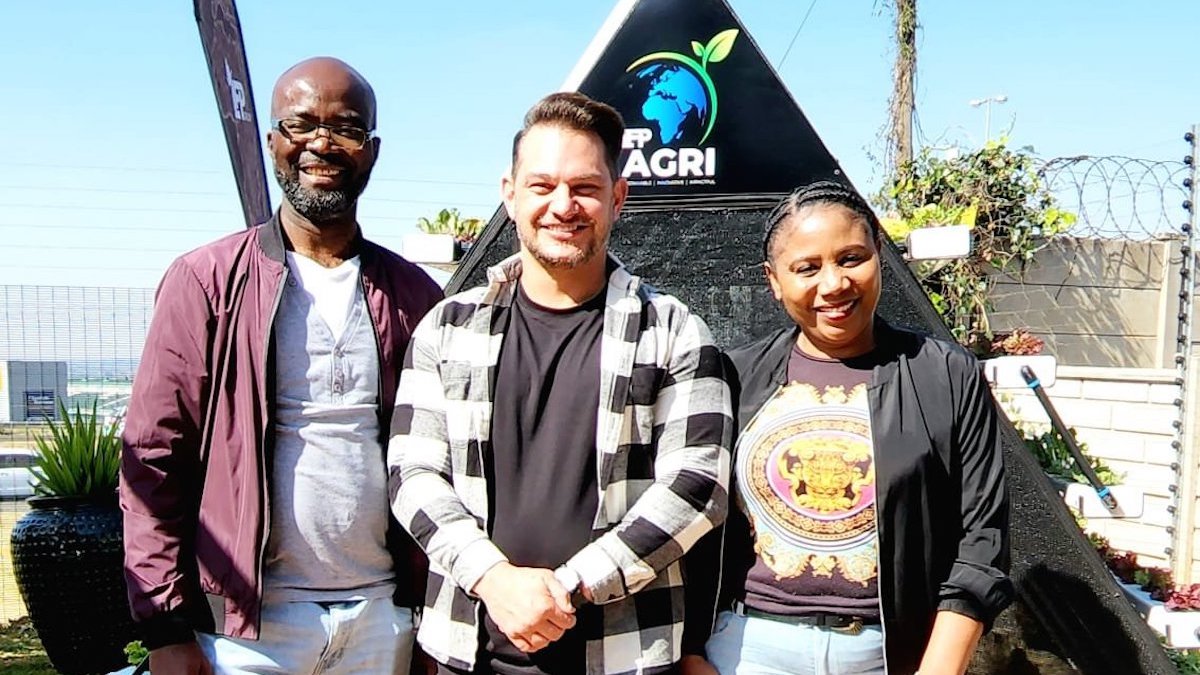 Many people in Alexandra township are battling to make a living and feed their own families. The CEO of LFP Agri, Louis Pulzone, says it’s the result of decades of underinvestment in agriculture, increasing competition for land and water, rising fuel and fertilizer costs and climate change. There have been promises of renewal including a project for which R1.3 billion was made available by former President Thabo Mbeki in 2001, but little has changed. Pulzone, who describes himself as a social entrepreneur, is committed to unlocking the potential of agriculture in the township in a sustainable way by introducing incubation training programmes, and Hydro Coop. Pulzone told BizNews that a Hydro Coop is a three-by- three metre multi-functional smart farm that is easy to assemble and has the capacity to raise 1,100 broiler chickens and 3,600 vegetable plants. – Linda van Tilburg

Looking for solutions for food insecurity in Alexandra

I think when we look at South Africa, food insecurity is a major issue. Secondly, unemployment and inequalities are widespread. And LFP Agri is creating more decentralised food systems, almost combining farm-to-table with a multiple number of people growing their own food and selling the surplus and then building a business.

Alexandra township demonstrates the visible inequality in South Africa. There is Sandton on the one side and you’ve got all these massive companies, huge glass buildings, very upper class, and the economic hub of South Africa. You’ve got a bridge; you’ve got a road and you’ve got Alex. We work a lot in Alex and you see the complete opposite. And I think it’s very visible. It’s an environment that shows the massive inequalities in South Africa and that’s why we are challenging JSE listed companies and all other companies in the Sandton area to just open their eyes and say, let’s look across the road. What can we do for Alex and its people who don’t have food, don’t have opportunities and how can we help?

The Hydro Coop is unique and something we developed in-house. It was really looking at customer past experience and those key problems we face in South Africa. We see that innovation is critical. The Hydro Coop was born out of that innovation and it combines hydroponic farming which is smart farming and is not necessarily accessible to the everyday person because it’s expensive. We adapted it because as you know as South Africans, we need protein and we eat meat . So, it’s unique, very South African. It’s the first time it’s been done in the world, combining hydroponics with animal farming.

It’s a triangular aluminum frame with black shade netting over it and on the outside of the frame, it’s got hydroponic pipes and it has 300 pods to grow 300 vegetables on a monthly basis, which is a huge benefit in hydroponics. It’s nine square metres, so a very small three-by-three. Then on the inside of that hydroponic structure, you’ve got broiler chickens, 125 a month that you can grow inside that environment. Hydroponics and the chickens work very well together because we use the chicken manure to give organic fertilizer to the plants. And then in return the other chicken manure is used for additional fertilizer outside of the hydroponic. The plants give shade netting, the water all works together. It runs completely on solar power – it is climate smart. So, it is really nice for the environment and something that can make a huge difference.

I wanted to create sustainable jobs for unemployed people so I would get unemployed people to sign up and I would place them in positions in companies in Gauteng. The companies would  pay me R1,500 per individual. I just had this need to make a social difference. Ultimately, we moved into training. We’ve trained 80,000 people in our company to date in the past ten years that contributed over R500 million in salaries for previously unemployed people. Fortunately, that process of working with thousands of unemployed people and making this social difference, we wanted to do even more than that. Hence the development of more, longer term sustainable goals in our own company. Looking at training as corporates were not able to absorb these unemployed people at the rate that they become available anymore because of high unemployment. So, we had to shift to create entrepreneurship; that was about four years ago now. Entrepreneurship is a hot topic and everybody talks about it but I don’t see a lot of people putting real emphasis on what type of entrepreneurs.

So, the Hydro Coop costs R35,000, including training. It is your starter pack. So, basically you only need a starter pack to get going. We work with corporates, companies and government to try and get more partners involved and to get it sponsored for the people in Alexandra through enterprise development, skills development, socio-economic development, or corporate social responsibility. What’s awesome about it is that it has a turnover of R130,000 a year and a net profit of about R80,000 for the entrepreneur. So, a massive return, more than triple the return, and they can then just build on which is something we believe Alex needs, and the people of Alex need, from an entrepreneur and an agri-business perspective.

The passion to make a difference