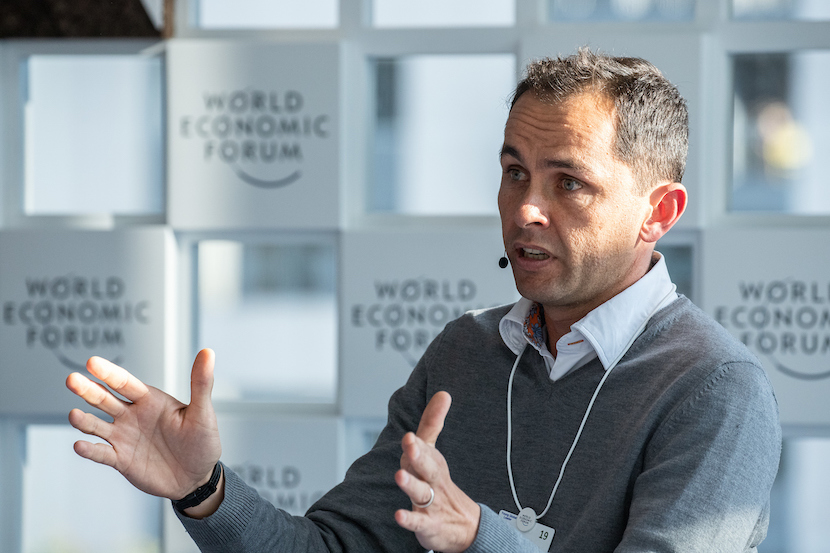 The internet is a tool which has equalised opportunities for many. More information is accessible to everyone than was even allowed to those who were highly privileged and educated before the internet. It opens doors to the entire world and connects people on opposite ends of the globe. And the sheer increase in economic opportunity provided by the internet is breathtaking. But of course, not all have access to fast affordable internet connections, which prevents many people, especially in South Africa, where fibre infrastructure is sparse and many people in townships will struggle to afford internet at ordinary prices. Isizwe is looking to fix this problem by providing fast internet access without contracts at an affordable price to townships, giving people in these communities access to the global playing fields of the internet. More in this article from MyBroadband. – Ross Sinclair.

Township gets uncapped 100Mbps fibre for R5 per day

Knott-Craig’s Isizwe, which he co-founded with Linda Sandler, is the sister company of the non-profit Project Isizwe, which provides low-cost Wi-Fi-based broadband in lower-income areas.

The company aims to connect 180 million homes and serve one billion customers with uncapped pay-as-you-go fibre-to-the-home Internet in the coming years, starting with a minimum of 10Mbps speeds.

After breaking ground on 1 August 2022, the first part of the Isizwe network went live on Monday, 7 November 2022.

It connected 3,000 homes in the Kayamandi township near Stellenbosch with uncapped fibre broadband boasting an average download speed of 100Mbps.

The residents pay roughly R5 per day by using a specially-created stablecoin called VulaCoin to access the service.

He stated that wireless broadband did not suit the high-density populations of townships due to the limited radio frequency spectrum available.

Knott-Craig illustrated his point by comparing a 17,500m2 area in the Stellenbosch middle-class suburb of Mostertsdrift to the same size area Kayamandi. In Mostertsdrift, the area contained just 12 houses, while in Kayamandi, there were 300.

That means there is 25 times the number of households in the same area, with more people using wirelessly-connected devices.

“There is simply too much interference in the air when you try to connect so many people wirelessly,” Knott-Craig said.”That is why the only solution for proper, uncapped, township Internet is fibre.”

Knott-Craig said that some of the infrastructure needed to support wired fibre networks was already in place, referring to the poles used to run overhead electricity cables.

“If you can do it for power, why can’t you do it for the Internet?” Knott-Craig asked.

“Aerial fibre is a reality today. Just put up a pole and string fibre into every home.”

Other fibre network operators like Vumatel and Herotel have also said aerial fibre offers advantages over trenched fibre in townships and small towns.

According to Knott-Craig, the higher density of users in townships also meant fibre rollouts are significantly more cost-effective per home than in suburban residential areas.

Briggs told MyBroadband they were rolling out two types of connection models in Kayamandi.

“The brick structures have a fibre drop and a network termination unit. The tin structures receive their Wi-Fi through a pole-mounted outdoor, fibre-connected, Wi-Fi access point,” Briggs explained.

Knott-Craig said there was an opportunity for businesses to generate revenue from townships spending money on affordable Internet purchases.

“There is a common misconception that people living in townships are poor, they have no money, that you can’t sell them stuff,” Knott-Craig said.

“That is until you actually go into a township and you see that every single person has a smartphone and every single dwelling has a satellite dish. And when you go into a shack, there is a TV and a fridge.”

“People in townships have money — they just don’t have spare money. Every cent matters.”

Knott-Craig argued that a time-based billing model rather than a data-based one is essential for people with little money to spare.

“You have to sell hours and days, not megs and gigs, because the average person simply cannot measure how much data they are using,” Knott-Craig explained.

“Time-based data is the only way to avoid unpleasant surprises and build trust with users.”

To facilitate this, Isizwe developed a Solana-based stablecoin called VulaCoin.

Kayamandi residents buy VulaCoin, stored in a mobile wallet created for them upon signing up for the service, and can then purchase a chunk of Internet time as and when needed.

“Customers are able to load the wallet via debit or credit card, voucher, and with resellers located in the community,” Briggs said.

Isizwe’s CEO said the wallet facilitated low-cost transactions, as customers were not charged a per-transaction cost to purchase prepaid Internet.

“A R5 transaction for 24 hours of Internet access would ordinarily incur bank charges equal to around half of the value,” Briggs said.

“With our wallet, once value has been loaded, there are no additional transaction costs.”

Knott-Craig added that Isizwe would open-source its rollout playbook, allowing individuals and companies to learn and possibly improve its approach.

He said the playbook would include the following:

Briggs said Isizwe welcomed partnerships with other fibre providers who wished to provide a prepaid model to their customers.