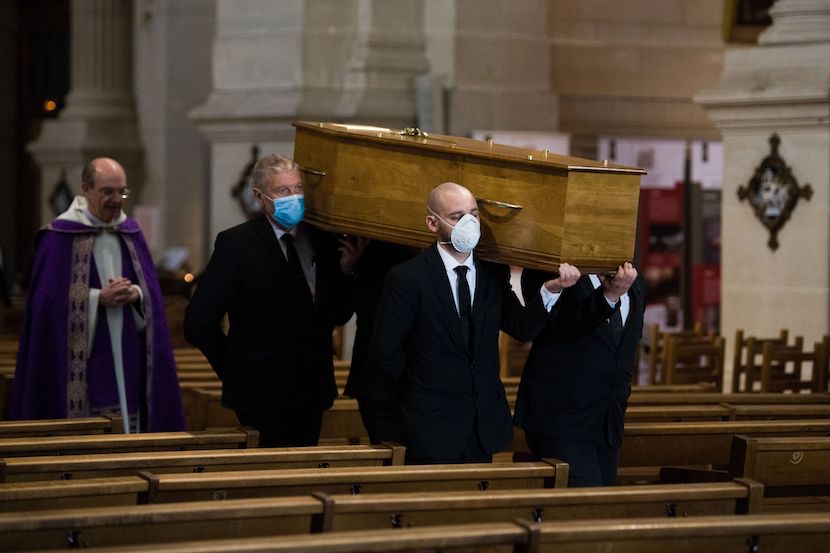 Have most of the world’s political leaders bought into fake stories spun by the World Health Organisation and policymakers? Nick Hudson of the South African thinktank PANDA is adamant that Covid-19 has pulled the wool over many people’s eyes. We should stop panicking and get on with living alongside what is really just another disease that is risky for some, but not particularly harmful to the majority, is his message. Hudson is among those who support the Great Barrington Declaration – a document authored by medical scientists who appeal for an alternative to economically and socially punishing lockdowns as a way to deal with the coronavirus pandemic. – Jackie Cameron

The Covid Narrative has many elements. Every single one is bogus. The narrative goes like this:

“There’s a DEADLY NEW VIRUS that causes a serious disease to which we are ALL SUSCEPTIBLE. All immunity vanishes, so even if you’re lucky enough to recover, you can catch it and GET SICK AGAIN and it has exceptional long-term consequences—‘LONG COVID’. Only A VACCINE CAN SAVE US, and only LOCKDOWNS AND MASKS CAN KEEP US SAFE until we have one, so we should rush its development and make it mandatory. To make things worse, a SECOND WAVE is coming to get us. HERD IMMUNITY IS A STRATEGY, held only by evil people who want to ‘LET IT RIP’ and who don’t see that we need a GREAT RESET. We must be traced, quarantined, muzzled, poked and certified. Get used to it—it’s the NEW NORMAL that we all must accept.”

Each element of this narrative can be taken apart quite easily. For starters, Covid isn’t really “novel”, being very similar to viruses long circulating among humans. It’s not even a new species, merely an individuum of the SARS betacoronaviruses.

For most people the virus is less deadly than the flu, as recently acknowledged by the WHO in publishing this article:

A minority of people are susceptible to developing the disease if infected by the virus. We develop T-cell & antibody responses. The latter decay as for any other disease, but immune memory develops, persists & protects. Dozens of scientific papers have shown that many people have pre-existing cross-reactive immunity and mount strong T-cell responses, but our governments are only measuring B-cell antibody responses, and greatly underestimating population immunity.

There is nothing to suggest that Covid is associated with worse long-term effects than other respiratory viruses. Reinfections are rare and don’t trigger successive bouts of the disease. Benefits of neither lockdowns nor mask mandates are discernible in the data. While vaccines have saved multitudes from diseases in the past, the microscopic fatality rate for Covid among the healthy people who might be involved in trials of a Covid vaccine will make it very difficult to demonstrate safety and efficacy.

Herd immunity is not a “strategy”. It is an inevitable end-point that will be reached with or without a vaccine. The “let it rip” slur conveys more about the ignorance of the utterer than it does about herd immunity. Anyone portraying it as a strategy is denying one of the most basic first-year concepts of epidemiology, one which is a key underlying principle of the very models that Team Panic used to throw us into these devastating lockdowns. The self-same people at the same time punt vaccination strategies, which themselves rely upon the herd immunity concept.

Covid will become one of many endemic seasonal respiratory diseases, with which humans have co-existed without material disruption for all of our history. The headlong rush for a vaccine is as unnecessary as it is dangerous.

The false Covid Narrative has set the world on a very dangerous course. The freedoms we’re being asked to give up are the very ones which have ushered in mankind’s greatest period of progress. Their end would spell death and decay. Making a bizarre link between Covid and climate change, and provoking a downright spooky notion in “climate lockdown” and a “new normal”, suggests a desire to impose on us a dystopian fantasy in which the isolated rich are served by the poor who bear the brunt of the virus.

At stake is nothing less than truth. Watching CNN and reading the Guardian should make any sensible person realise that truth and journalism have parted ways most grievously. We need to fight now so that truth and science don’t part ways too. That a narrative consisting entirely of false elements persists in so many quarters is testimony to the tragic power of propaganda. That narrative will be far, far deadlier than the virus. It may already have been. Overcoming it is the duty of every clear head on the planet.

PANDA is committed to overcoming this false narrative and we are reaching out for partners. As a starting point, please read and sign your name to the Great Barrington Declaration, whose primary signatories, Professors Sunetra Gupta of Oxford, Martin Kulldorff of Harvard and Jay Bhattacharya of Stanford, are all members of our Scientific Advisory Board.