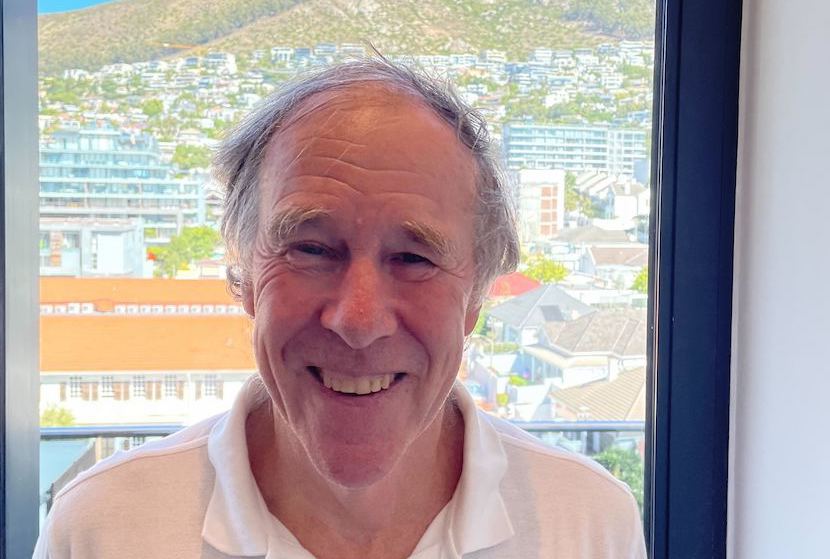 It has been many years since SA’s globally respected sports and nutrition scientist Professor Tim Noakes engaged at any length with a South African journalist. This interview with BizNews editor Alec Hogg is a rare treat for Noakes’ legion of fans, millions of whom credit their improved health to his research into and promotion of the Low Carb High Fat diet, or Banting. Mercilessly attacked in his homeland by the authorities and sectors of the media because he questioned the popular narrative on diet (and Big Pharma), Noakes enjoys huge respect, globally and among the general public. Especially so for his work on using the LCHF diet to counter diabetes, the modern epidemic. This in-depth, highly personal discussion explores what motivated the free-thinking academic turned prodigious author to turn his back on what made him the poster boy for an entire industry; simultaneously abandoning his favoured status with the establishment. Prof. Noakes’ story is an inspiration for everyone who believes there is always a better way. It also reminds us that popularly held beliefs – often those of which we are most fond – require constant challenging for mankind to continue moving ahead. Because today’s conventional wisdom is often tomorrow’s misguided ignorance.

Tim Noakes on his inspiration to study medicine

I went to Bishops and when I finished there, I had no idea what I wanted to do. I wasn’t particularly good at anything. I was academically okay but not an absolute star. However, I loved sports. Because I had British parents, I had a UK passport but that was not good enough. I thought if I’m going to live in South Africa, I must get a South African passport. I then became a naturalised South African and went into the military for nine months where I had a fantastic time. That was my national service. I spent six months in Pretoria at the military college doing intelligence. I was very fortunate to get a scholarship to go to America on the exchange programme: the American Field Service. I went to Los Angeles and attended a highly integrated school. I came from a highly privileged school called Bishops, which is all white, and went to one of the most integrated schools in America. I had a fantastic year. Seeing the opportunities opened my mind as I came from a restricted apartheid environment. I was welcomed by the African-Americans who treated me like their brother.

The key moment was driving back to Los Angeles on Sunday, 3 December and hearing on the radio that a surgeon in South Africa just performed the world’s first human heart transplant. There I was quite isolated in that country and they said this had happened in Cape Town. Chris Barnard was on the television being interviewed and he was a brilliant speaker. One tends to think Americans are brilliant speakers but he was astonishing. Three months later, I woke up one morning and said I’m going to study medicine.

On the runner’s high

I got into medicine at UCT, fortunately. But before I left America, the last day when we graduated grade 12, I asked my best friend what sport he was going to do when he left high school. He said he was going to Salt Lake City University to do rowing. I thought that was a great idea. I had never considered rowing before. When I came to UCT, the first thing I did was sign up for rowing. The next thing that happened was in the second year I was rowing, a coach arrived out of nowhere; one of the problems in rowing is there aren’t many coaches. There weren’t many in those days because they were all amateurs. However, this guy was brilliant and he turned us into really good horsemen. We learnt how to get fit and how to train properly. One day, the water was so bad, we couldn’t row. Everyone else went but I decided to run around the lake. After 40 minutes, I had a moment when I suddenly got the runner’s high. I knew then that was what I had to do.

On being carbohydrate intolerant

I fell in love with running because we used to run for four or five hours and I’d get that high. This is why I loved running the comrades because I would get high in training and during the race itself that I couldn’t avoid it. I ran seven comrades, but I would have run more if I hadn’t been stupid enough to eat this high-carbohydrate diet because it made me progressively sicker without realising it; it took away my running edge. I was only good at running when I trained for four or five hours and regularly ran lots of distance because I was burning up all the carbohydrates and they weren’t affecting me. But as soon as I dropped my mileage of the accumulation of carbohydrates as I’m carbohydrate intolerant, it affected my physical state. If I had been eating the diet I’m now eating, I would have done many more Comrades.

I wrote regular columns. Fortunately, when I started running, Dave Levick – who trained at Wits and won the Comrades in 1973 – said to me: “You’re quite a good writer, why don’t you write something about running and medicine, and I’ll publish it.” He was publishing a little magazine called the Road Runners magazine. I wrote an article for him, which he said he was going to send it to Runner’s World in America. He did, it was published and that was the beginning of my writing. By 1981, I’d written a lot of stuff. All I needed to do was put it all together into a book. So, I put it all together and it wasn’t a book. I started writing the first edition of Law of Running, which took another three years. It’s now been through three revisions. The fourth edition is out and it’s ranked the ninth greatest book on running ever. It has achieved a lot but the problem is it promotes a high-carbohydrate diet. And although everything I said is factually correct, it’s inappropriate for people who are continually eating a high-carbohydrate diet. If you’re eating a high-fat diet, the evidence is completely wrong. So, I’m rewriting the book.

What is really interesting in the book is the physiology of running, how eating a high-carbohydrate diet determines your performance. I now know this is all wrong. We are moving to the mental preparation side. One of the two iconic things I did – the seminal contributions I made to science – is what is called the ‘central governor model of exercise’ which means the brain regulates your performance. That is now accepted, although, for 100 years, no one would listen to that and now people are saying: “Noakes was right.” The new book will be all about how the brain regulates performance, how to get your brain right, and the whole notion of keeping your mental health going and preparing yourself for competition.

Thank you for interviewing Tim Noakes.  He like myself also went to Groote Schuur due to Chris Barnard. I went nursing at around the same time.

I know Tim Noakes and I would just like to say what a good interview you did.  You asked him excellent questions, you were gentle and you listened to what he said. I was so glad to hear that he has recovered from what his colleagues did to him. My heart broke when I heard that man cry on an interview once. SAMA were ruthless.

You really did an outstanding interview and he seems to have gained credibility again which he never lost  from people who were not in the Medical Profession. I am glad to hear he spoke frankly and spelt out what happens with Pharma funding world wide. This has been at the bottom of the whole vaccine industry. There are many Doctors now who would also like to speak out on vaccines  but cant as they don’t want to lose their careers. How sick is that?? It’s just a pill popping society now and patients have come to expect prescriptions as that is all they get in a 15 minute appointment.

The statins, diet and vaccines have been a huge scam and as he said Dr’s can only manage chronic conditions now,  and Medicine has nothing to do with health. We as people have to take care of our own lifestyles and health.

Over the years from the 70’s since Medical Aids came in and Private hospitals started serving the public it has  become a ruthless business. Many people lost their farms and houses to pay medical bills and patients still died as I went into Medical aid employment for 17 years.

I sadly left the profession of Nursing which I loved but could no longer tolerate what I saw. As to the way Tim’s colleagues treated him so despicably they have a lot to answer for. Karma will get them. He also did not have funding to show what he was doing. He has saved more lives than many others but it cant be measured in stats. I am proud of Tim being one of our own from SA and Groote Schuur.

Thank you Alec for giving him the airtime.