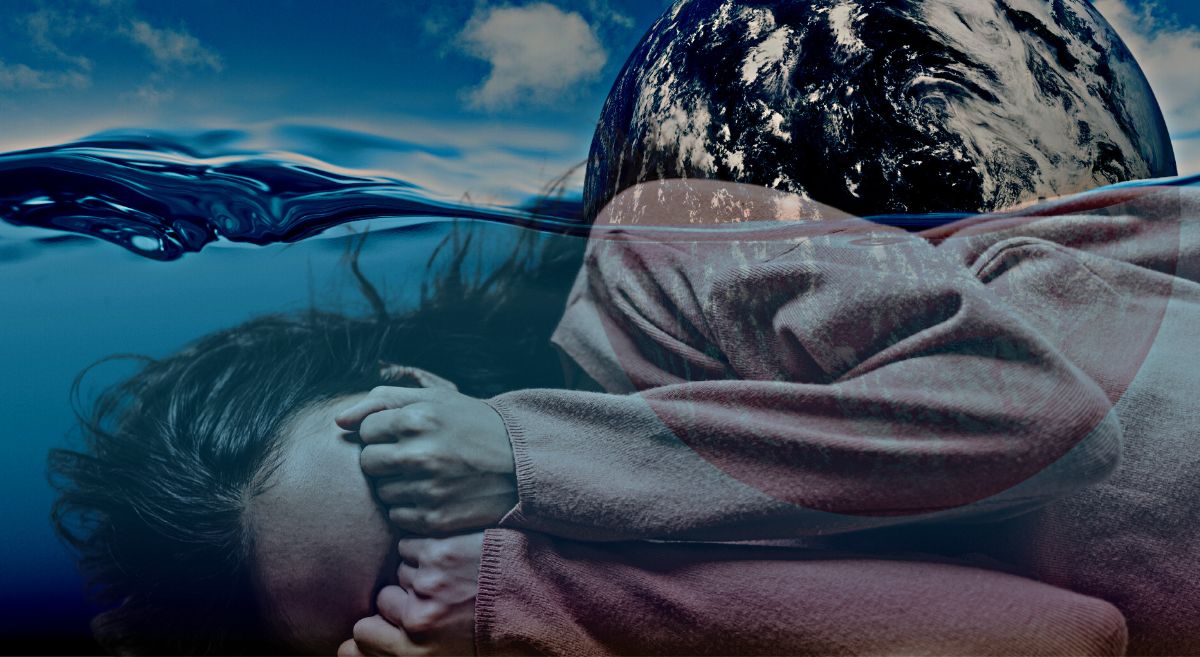 In 2018, 15-year-old Greta Thunberg stepped onto the world stage with pleas to take immediate action for climate change mitigation that tugged  at most people’s heart strings. Thunberg has since then become a household name, pleading with the rest of the world (the ‘adults’) to take action so that she and others her age have any hope of a future. In a report focusing on mental health and climate change published by the World Health Organisation last week, it stated: “In preparing for and responding to this growing emergency, there is an increasing need for the provision of mental health and psychosocial support (MHPSS).”

An article by our partners at The Wall Street Journal,  claims that, “the WHO has found a way to link climate change to every social problem under the sun”. The article further reports that “a recent study in The Lancet reported that 45% of young people surveyed in 10 mostly higher and upper-middle income countries said their feelings about climate change hurt their daily functioning”.

There are several dissenting voices in respect of climate change and its impending strike on humanity. One such voice was that of distinguished emeritus professor of environmental science at the University of Virginia, S. Fred Singer, who prior to his death two months ago, had been a leading sceptic of the scientific consensus on global warming. Singer pointed out that the scenarios pictured by most scientists are alarmist, that computer models reflect real gaps in climate knowledge, and that future warming will be inconsequential or modest at most.

If Singer is to be believed, the effect of the WHO’s alarmist climate change neurosis is deplorable. However, even if Singer’s findings are proven to be inaccurate, today’s youth should be protected and permitted to look to a future that, while potentially compromised, also holds great promise. – Nadya Swart

The global health shop says eco-anxiety is an urgent problem.

Measles cases are spiking globally. More than 1,000 Monkeypox cases have been reported in 29 countries, and children around the world are developing hepatitis for unknown reasons. And what is the World Health Organization focused on? Climate change, naturally.

The WHO on Friday published a report on the potential impact of mental health on climate change – and you’d better see your psychiatrist before it’s too late. “There are gaps in understanding the impact of climate change on mental health and psychosocial well-being, but current knowledge is sufficient to act,” the 16-page report says. When do knowledge gaps ever stop climate lobbyists from demanding that governments grab more power?

Colourful graphics explain that “witnessing changes and damage to landscape and ecosystems” and “awareness of climate change and extreme weather events and their impact” could lead to strained social relationships, anxiety, depression, intimate partner violence, helplessness, suicidal behavior and alcohol and substance abuse, among other things.

Yes, the WHO has found a way to link climate change to every social problem under the sun. If rising sea levels, warmer temperatures, wildfires and hurricanes don’t destroy civilization, anxiety about apocalyptic predictions will.

Believe it or not, some therapists report they are seeing more young patients afflicted by paralysing climate dread. A recent study in The Lancet reported that 45% of young people surveyed in 10 mostly higher and upper-middle income countries said their feelings about climate change hurt their daily functioning.

Maybe the WHO could do a public-health service by informing young people that the world isn’t doomed. Ah, but its goal is to persuade wealthy countries to give it more money. The WHO knows that mental illness has become a hot issue in the West in the wake of Covid lockdowns, which it supported. Now it sees a new opportunity to expand its brief, which could be a money-maker for decades.

The WHO lost credibility after being late to raise alarms about Covid and then helping China whitewash an investigation into its origins. Like many bureaucracies, it wants to expand its authority despite failing in its core responsibilities.

Fraser’s fazing of the President – a tense nation awaits

Clicks under attack by independent pharmacists