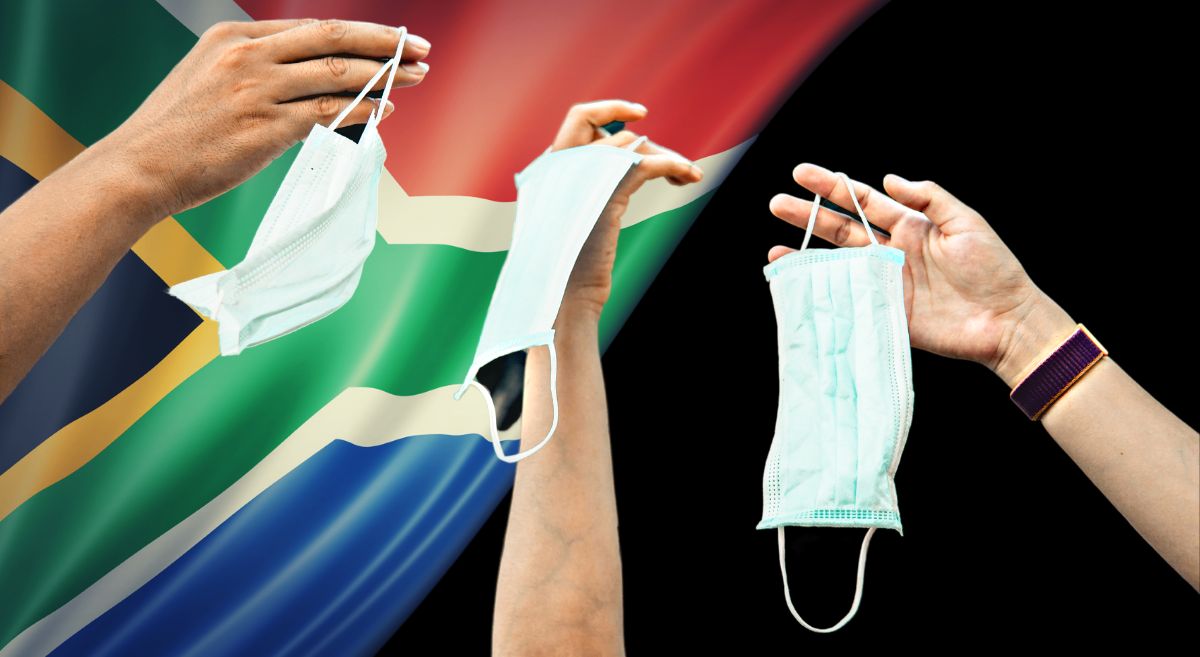 There’s been a massive turnaround by the Health Department, which only last week accused those resisting the new health regulations of being “anti-progressive”, “instigating terrorism” and “sabotage”. Yesterday, the DOH proposed the lifting of the following regulations: mask wearing indoors, gatherings and travel requirements for entry to South Africa. Considering that of the 300,000 public responses to the proposed regulations, the DOH officials read only 132 – and completely ignored the fact that 97% of the submissions went against them – this new proposal to drop the aforesaid regulations appears to be a step in the right direction. As Gabriel Crouse, IRR head of campaigns, writes in this article, “Freedom needs a comeback”. – Nadya Swart

Yesterday Health Minister Joe Phaahla proposed to the National Coronavirus Command Council (NCCC) that regulations which impose mask-wearing, limit venue capacity and insist on vaccine passes, should be lifted. The NCCC, constituted by the Cabinet, will meet in the next two days to decide the country’s fate.

The IRR collected over 15,000 signatures opposing these lockdown measures and registered formal opposition to National Health Act regulations that aim to extend the restrictions. This opposition will be addressed afresh to every member of the Command Council.

As predicted by medical experts reported by the IRR after the third wave, a clear divorce between deaths and cases was followed by a relative flatlining of death numbers in South Africa. In traditional epidemiological terms, this means the country is in the “endemic” phase of Covid-19, which is likely to never end.

Why is South Africa experiencing such low death numbers despite only one-third of the population having been fully vaccinated?

A blood bank study conducted in March found that almost 90% of South African donors had been previously infected. A further +-10% were vaccinated without any sign of previous infection, meaning that in total, 98% obtained an immune boost against Covid-19. This study is still undergoing peer review.

Contemporary estimates by Discovery indicated that roughly a quarter of South Africa’s population was infected after the first wave, half after the second wave, and three quarters or even 80% after the third wave.

A seroprevalence study headed by Professor Shabir Madhi at the end of last year indicated that three-quarters of Gauteng’s population was infected before the Omicron wave, climbing to 80% for older members of the population.

The UK lifted all its lockdown measures when its scientific experts found that Covid-19 had become less deadly in that country than the flu, predominantly because of high vaccination rates. Already in March, Professor Madhi noted that, “We’ve made similar sorts of estimates in South Africa,” predominantly because of high previous infection rates, which has been vindicated by subsequent experience of flatlining death numbers.

The urgent need to get South Africa’s economy firing on all cylinders in the endemic phase cannot be overstated, with 55% of people aged 24 – 34 not in employment, education or training.

Said IRR head of campaigns Gabriel Crouse: “If people want to mask and vaccinate and avoid packed stadiums they are most welcome to do so. The notion that shutting down business to bend other people into the same mould has long been proven ineffective in a country where almost everyone has been infected. Freedom needs a comeback.”