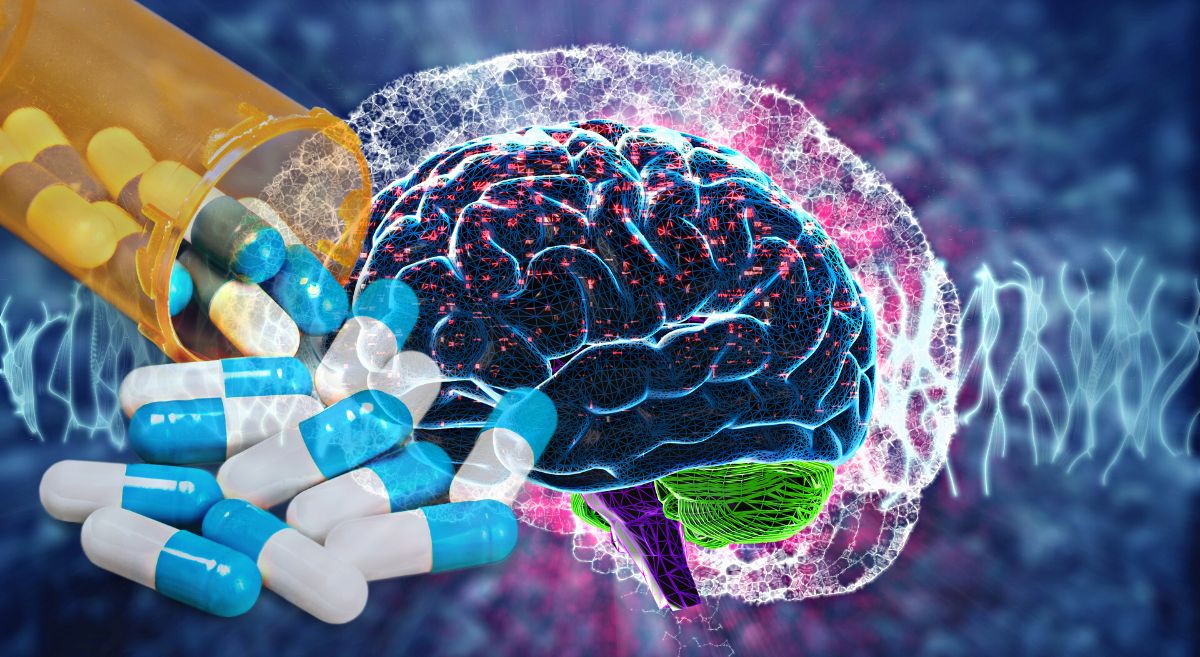 A link between lowered serotonin and depression was first suggested in the 1960s, and widely publicised from the 1990s with the advent of the Selective Serotonin Reuptake Inhibitor (SSRI) antidepressants. In a significant turnaround with severe implications, a recent study has called into question the widespread use of antidepressants after a major review found “no clear evidence” that low serotonin levels are responsible for depression. The review, published in the journal Molecular Psychiatry, looked at studies examining serotonin and depression involving tens of thousands of people. Should the findings of this review prove to be correct, the revelatory consequences for psychiatry, not to mention for the millions of people who have religiously stuck to their antidepressants based on their belief that their illness is caused by a chemical imbalance, are bound to be groundbreaking. This article first appeared on MedicalBrief. – Nadya Swart

Experts have cast doubt on widespread antidepressant use after a major “eye-opening” review found “no evidence” of a link between serotonin and its relationship to depression, notes MedicalBrief.

Although one in six British adults and roughly 13% of Americans take antidepressants, experts who reviewed 17 analyses of serotonin and its relationship to depression have reporting finding “no evidence” of a link.

Serotonin helps carry signals in the brain and is thought to have a positive influence on mood, emotion and sleep. Patients around the globe take selective serotonin re-uptake inhibitors (SSRIs), designed to boost levels of the “feel-good” chemical, but the findings of the major review call into question society’s increasing reliance on antidepressants like Prozac, reports Daily Mail.

The University College London researchers said there was “no convincing evidence” that depression is caused by an imbalance of the chemical, with one of them describing the findings as “eye-opening”, and that “everything I thought I knew has been flipped upside down”.

Lead author Professor Joanna Moncrieff, a psychiatrist, said: “The popularity of the ‘chemical imbalance’ theory has coincided with a huge increase in the use of antidepressants.

“Thousands suffer from side effects of antidepressants, including severe withdrawal effects that can occur when people try to stop them, yet prescription rates continue to rise. We believe this situation has been driven partly by the false belief that depression is due to a chemical imbalance.

“It is time to inform the public that this belief is not grounded in science.”

One in six British adults and roughly 13% of Americans take antidepressants, figures suggest. NHS data show there has been a surge in prescriptions doled out in England, with 8.3m patients taking them in 2021/22, 6% more than the previous year.

Overall, reports The Independent, an estimated 83.4m anti-depressant drug items were prescribed in 2021/22, a 5% jump on the previous year.

The most common are SSRIs such as fluoxetine (Prozac), citalopram (Cipramil) and sertraline (Lustral), preferred to other types of antidepressants because they cause fewer side effects. Yet they can still lead patients taking them to experience anxiety, diarrhoea, dizziness and blurred vision.

Depressed patients can also be hit by crippling withdrawal symptoms when they try to come off the pills. At the same time, a raft of studies have suggested they don’t work any better than a placebo.

The UCL study, published in the journal Molecular Psychiatry, analysed 17 previous reviews dating back to 2010 and comprising dozens of individual trials. It does not prove SSRIs don’t work. However, it does suggest the drugs don’t treat depression by fixing abnormally low serotonin levels.

SSRIs have no other proven way of working, Moncrieff and colleagues said. She added: “We can safely say that after a vast amount of research conducted over several decades, there is no convincing evidence depression is caused by serotonin abnormalities, particularly by lower levels or reduced activity of serotonin.”

Studies used in the review involved hundreds of thousands of people from various countries. They found there was no difference in serotonin levels between people diagnosed with depression and healthy people, despite polls suggesting up to 95% of the public believing this is the case.

Artificially lowering serotonin levels in healthy volunteers also did not lead them to developing depression. And over the long-term, powerful SSRIs may actually have the opposite effect as to what is intended.

But other experts have criticised the study’s conclusions.

The Royal College of Psychiatrists (RCP) urged people with depression to continue taking their medication.

“Antidepressants will vary in effectiveness for different people,” a spokesperson said. “And the reasons for this are complex, which is why it’s important that patient care is based on each person’s needs and reviewed regularly.

“Continued research into treatments is important to help us better understand how medications work as well as their effectiveness. We would not recommend for anyone to stop taking their antidepressants based on this review, and encourage anyone with concerns about their medication to contact their GP.”

Dr Michael Bloomfield, another psychiatrist at UCL, called the findings “unsurprising”, given how complex a condition depression is. “Depression has lots of different symptoms and I don’t think I’ve met any serious scientists or psychiatrists who think that all causes of depression are caused by a simple chemical imbalance in serotonin,” he said.

However, he said it was still possible for SSRIs to help treat depression even if they didn’t address the root cause. “Many of us know that taking paracetamol can be helpful for headaches and I don’t think anyone believes that headaches are caused by not enough paracetamol in the brain,” he said.

“The same logic applies to depression and medicines used to treat depression. There is consistent evidence that antidepressants can be helpful in the treatment of depression and can be life-saving.”

Professor Allan Young, director of the Centre for Affective Disorders at the Institute of Psychiatry, said the review “does not change’ the evidence that antidepressants work”.

An analysis of NHS data published this month found the number of antidepressants doled out to 13-19-year-olds rose by a quarter between 2016 and 2020. It included prescriptions up to the end of 2020, after a year of national COVID lockdowns and school and university closures.

An increasing amount of evidence is beginning to accrue showing that restrictions took a heavy toll on young people’s mental health. The NHS data also showed antidepressants use rose sharply among adults in their 20s.

Mental health and children’s charities told MailOnline the data was an “alarming sign” of a mental health crisis in Britain. They warned some young people may have been given drugs by GPs because they can’t get counselling due to pandemic backlogs.

The serotonin theory of depression: a systematic umbrella review of the evidence

Published in Molecular Psychiatry on 20 July 2022

The serotonin hypothesis of depression is still influential. We aimed to synthesise and evaluate evidence on whether depression is associated with lowered serotonin concentration or activity in a systematic umbrella review of the principal relevant areas of research. PubMed, EMBASE and PsycINFO were searched using terms appropriate to each area of research, from their inception until December 2020. Systematic reviews, meta-analyses and large data-set analyses in the following areas were identified: serotonin and serotonin metabolite, 5-HIAA, concentrations in body fluids; serotonin 5-HT1A receptor binding; serotonin transporter (SERT) levels measured by imaging or at post-mortem; tryptophan depletion studies; SERT gene associations and SERT gene-environment interactions. Studies of depression associated with physical conditions and specific subtypes of depression (e.g. bipolar depression) were excluded. Two independent reviewers extracted the data and assessed the quality of included studies using the AMSTAR-2, an adapted AMSTAR-2, or the STREGA for a large genetic study. The certainty of study results was assessed using a modified version of the GRADE. We did not synthesise results of individual meta-analyses because they included overlapping studies. The review was registered with PROSPERO (CRD42020207203). 17 studies were included: 12 systematic reviews and meta-analyses, 1 collaborative meta-analysis, 1 meta-analysis of large cohort studies, 1 systematic review and narrative synthesis, 1 genetic association study and 1 umbrella review.

Quality of reviews was variable with some genetic studies of high quality.

However, effects of prior antidepressant use were not reliably excluded. One meta-analysis of tryptophan depletion studies found no effect in most healthy volunteers (n = 566), but weak evidence of an effect in those with a family history of depression (n = 75). Another systematic review (n = 342) and a sample of ten subsequent studies (n = 407) found no effect in volunteers. No systematic review of tryptophan depletion studies has been performed since 2007. The two largest and highest quality studies of the SERT gene, one genetic association study (n = 115,257) and one collaborative meta-analysis (n = 43,165), revealed no evidence of an association with depression, or of an interaction between genotype, stress and depression.

The main areas of serotonin research provide no consistent evidence of there being an association between serotonin and depression, and no support for the hypothesis that depression is caused by lowered serotonin activity or concentrations. Some evidence was consistent with the possibility that long-term antidepressant use reduces serotonin concentration.