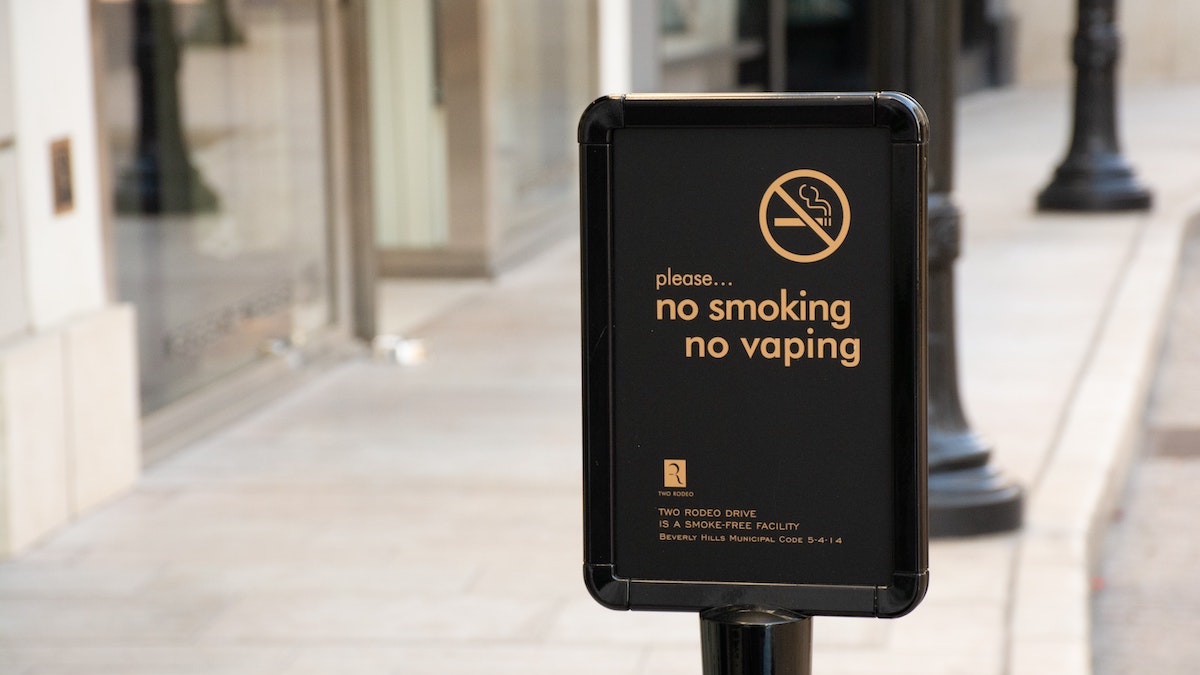 Razor sharp as always, Ivo Vegter, writing in the Daily Friend, dissects one of countless alarmist headlines an increasingly beleaguered but still dominant global anti-tobacco establishment spews out daily into the public domain. The irony of bodies like the World Health Organisation’s anti-tobacco stance is that they dress up what is essentially turf protection by their historically anti-tobacco monolith structures into what they insist is still virtuous and worthwhile health promoting behaviour (ie, avoid all nicotine). They’re ignoring harm reduction, a highly effective alternative means of improving population health through the use of ‘heat-not-burn,’ nicotine devices. E-cigarettes are up to over 90% less harmful than combustible tobacco. The WHO chooses to ignore a tobacco industry that has pivoted hugely into harm reduction, retooling their combustible tobacco production lines into alternative nicotine devices. Hardly anybody smokes in Sweden and Norway anymore because of an early switch to Snus (a chewable tobacco), while African countries – probably Big Tobacco’s largest market – cannot yet afford harm reduction devices. Until they’re globally accepted, these device prices won’t reduce. Influential outfits like the WHO aren’t helping. – Chris Bateman

Does vaping turn you into a pothead?

Science about public health issues is often agenda-driven. The latest nonsense to emerge from the halls of academia is that youth vaping leads to cannabis use.

‘Study: Kids who vape tobacco are more likely to go on to use cannabis,’ runs the headline on Yahoo! News, selected as a representative example of what the average member of the public might hear.

Well, there we have it. E-cigarettes are a ‘gateway drug’ to marijuana, which in turn is a ‘gateway drug’ to acid, ecstasy, cocaine, and heroin, and my precious child will be dead of a fentanyl overdose by 21, if popcorn lung doesn’t get them first.

If I had a dollar for every ‘association’ discovered in a research paper, based on survey data of dubious quality, I’d be able to retire on a yacht.

Top tip: the answer to any headline phrased as a question is always ‘no’.

There’s a strong correlation between the number of measles cases in the US and the marriage rate. There’s a high correlation between the rising number of high school graduates and doughnut consumption. Nuclear energy production is strongly associated with video game sales. The more films Nicholas Cage appears in in a given year, the more people drown themselves in their pools.

Correlation is not causation

The study on which the headline is based does find an association, of course, in the US youths aged between 12 and 17 that it studied. It tries to exclude potential confounding factors but admits that there could be others for which it did not control. Notably, there were only three survey questions designed to evaluate risk-taking behaviour, and they were very superficial. The study did not take into account psychological factors, for example, that might drive teens to seek out pleasurable behaviours such as vaping or escapist behaviours like smoking weed.

It refers repeatedly to ‘concerns’ over the ‘gateway drug’ effect, although this effect is very poorly supported in the academic literature. On the contrary, there is likely a common factor that increases someone’s propensity to use drugs of any kind.

That someone might progress from cigarettes and alcohol, to soft drugs, to hard drugs, does not imply a causal connection that could be broken by restricting access to the supposed gateway drugs. That is, in the absence of cigarettes, or alcohol, or weed, people with a propensity for using drugs would simply turn to other available drugs, such as painkillers or easily available hard drugs.

Most drug use, after all, is an attempt at self-medicating to address issues such as material hardship, low self-esteem, trauma, depression, or anxiety. Remove all access to conventional drugs, and those who want to escape will sniff glue, or drink industrial alcohol.

The study does not find a causative effect leading from non-cannabis vaping to cannabis use, other than that some vaping devices can be used for both.

The researchers admits that the apparent association does not show up in population studies, which find no increase in cannabis use despite a significant increase in vaping, because the size of the studied population, cannabis-naive adolescents who have tried e-cigarettes, is very small.

Ultimately, the study lists several limitations, including poor quality and even contradictory data, and concludes that despite the association the researchers found, ‘e-cigarette use seems to have had a minimal association with the overall prevalence of youth cannabis use’.

The problem with studies such as these is that only the Yahoo! News headline will stick in the minds of the general public and policy makers. It will serve as fuel to those who, contrary to the scientific evidence, refuse to consider vaping as an effective means of reducing the harm associated with smoking tobacco.

As I’ve argued at length before, public health authorities ought to be promoting vaping, both as a far safer alternative to smoking, and as a smoking-cessation tool. Instead, contrary to scientific findings, vaping is regulated as if it were equivalent to tobacco, both by South African legislation and by World Health Organisation policy.

Besides, in most jurisdictions, selling e-cigarettes to under-18s is already prohibited, which is good policy, since nicotine itself can be harmful to a developing brain (as can a very similar stimulant, caffeine, for that matter).

The effect and persistence of ‘fake news’ produced by academic research can be demonstrated by what happened when I raised the topic of this column in an editorial meeting. The first response was, ‘But doesn’t vaping cause popcorn lung?’

Popcorn lung is the common name for bronchiolitis obliterans, which has been observed in factory workers who received excessive exposure to diacetyl, a buttery flavourant used in microwave popcorn. It is safe to eat but can cause severe lung damage if inhaled.

This led to speculation among tobacco control researchers – the vast majority of whom are funded by anti-tobacco lobbyists or tobacco control authorities – that vaping liquids that contained diacetyl could cause the same disease.

It is also the reason why nobody puts diacetyl in vaping liquid. As a result, popcorn lung has never been documented in even a single user of non-cannabis e-cigarettes. It has been documented once – once – in a cannabis vaper.

A different lung disease, lipid pneumonia, has been documented, but that outbreak involved a single type of black-market cannabis vapes that contained Vitamin E acetate, an oil that does not occur in any non-cannabis vapes (and no longer occurs in cannabis vapes, either).

Outside of these very specific cases, which are not associated with normal nicotine or non-nicotine vaping, e-cigarettes have very rarely, if ever, caused anyone any harm. Public Health England (PHE) has documented only 231 reports of adverse events potentially associated with vaping, despite millions of users.

Yet the biased research continues. This study, for example, which claimed to review the toxic effects of vaping in adolescents and young adults, conflates vaping cannabis and nicotine, even though only cannabis vapes (and only one illicit kind, for that matter) have ever caused toxic effects.

The research about potential harm caused by e-cigarettes is reminiscent of the very popular sensation-mill headlines linking things to cancer.

Sure, there are associations between half of everything we do or eat or use and cancer, including very many otherwise healthy things. That doesn’t mean we ought to live in perpetual fear of a cup of coffee, or a pint after work, or water bottles, or bacon.

That something is not entirely risk-free does not make it dangerous and does make it preferable to riskier alternatives.

PHE has long held an admirable position on vaping, namely that it is at least 95% less harmful than smoking, and ought to be encouraged in the campaign against tobacco, since the evidence is getting stronger that vaping is a popular and very effective smoking cessation aid.

It has proposed making e-cigarettes available on the National Health System. It is concerned that too few teenagers and adults are aware that vaping is less harmful than smoking, when it is in fact much safer. This public misinformation is entirely due to fear-mongering headlines supported by questionable research on the part of researchers in the tobacco control camp.

It is high time that the rest of the world follows the lead of PHE and ends the fearmongering that fuels the war on vaping.