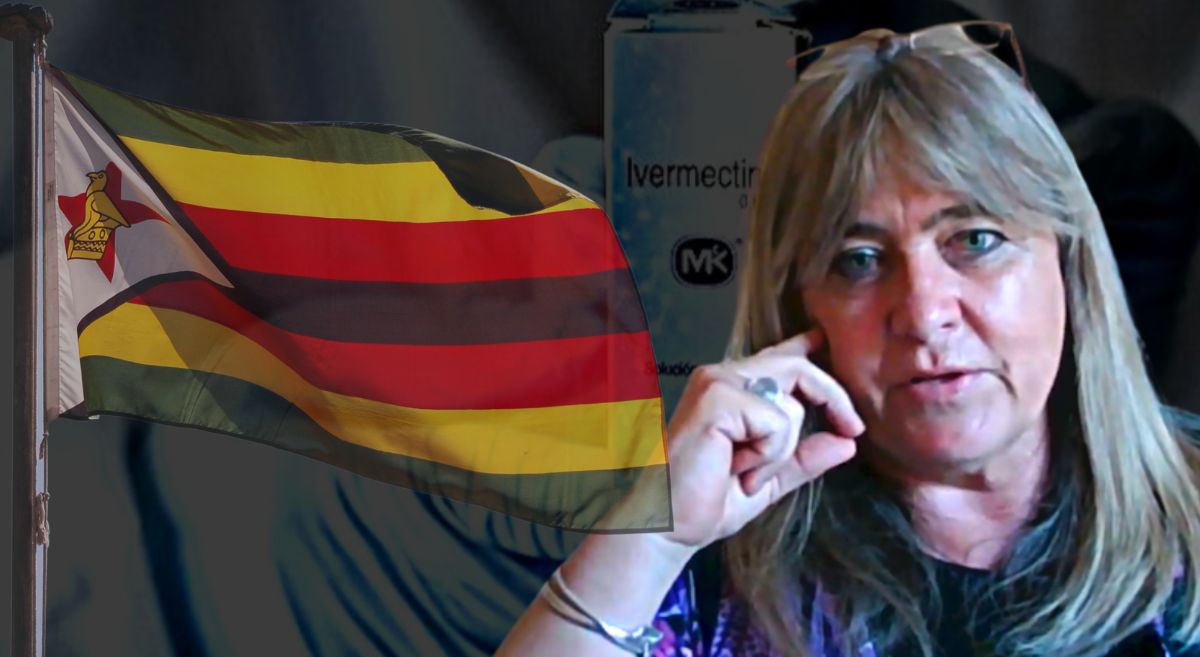 On Friday, 23 September, Dr Jackie Stone, who was instrumental in the all but complete eradication of Covid-19 in Zimbabwe due to her courageous and lifesaving early treatment of patients, was found guilty on two of the four charges laid against her by the registrar of the Medical Council in Zimbabwe. On Thursday, Stone’s case was postponed yet again and, as she writes in this email to her lawyer, she now appears to be subject to what is commonly known as “Punishment through Process”. In the email, Stone highlights several legal and procedural anomalies in her case, particularly the basis upon which judgment was delivered against her, the presence of which make satisfaction of the burden of proof in a criminal case, “beyond reasonable doubt”, highly implausible. – Nadya Swart

I note that the magistrate was not available today as he was attending a funeral, so the case has been postponed yet again. For both you (the lawyer), and me, (the doctor) – we have both cancelled another day to discover there is yet another plausible (but probably false) excuse as to why the State cannot proceed.

As the situation stands, I understand that I have been found guilty on 2 charges, one of which does not exist, and the other is administrative, and this verdict cannot be reversed. I have been advised that to speed things up, I must accept that the magistrate does not need to give written reasons for his verdict as he is very busy and court transcription is very slow.

I understand that if I want to proceed, the magistrate will first sentence me, depending on how mitigation (based on no reason for the verdict) proceeds and will then give his reasons for the verdict.

So, if I wish to get this sorted out quickly and not attend the criminal court weekly, I can mitigate now – without the prosecution giving any reason for a guilty verdict, then be sentenced, and then appeal in the High Court. This could take up to 15 months. As documented in a letter to the Permanent Secretary of Health, this is commonly known as “Punishment through Process”.

The part I do not understand is how I can be expected to mitigate without any rationale behind the verdict based on the testimony of the prosecution.

Mitigation is defined as, “Alleviation; abatement or diminution of a penalty or punishment imposed by law”.

While I comprehend that it may have become the norm in Zimbabwe to only give the reasons for the judgment and verdict after sentencing, because the process cannot be reversed (so accepting this curious offer will speed things up), that does not make it logical or right. I am in no hurry to get sentenced just so that I can proceed to appeal to the High Court. This will be expensive, and I would rather get this charade sorted out properly at the level of the Magistrate’s Court, so we can go forward with an appeal process based on a solid and logical foundation.

It is the role of the magistrate to be independent, objective, and rational.

It is a dereliction of the duty of the court to convict me on a charge that does not exist and sentence me to a criminal offence when there is clearly reasonable doubt. The magistrate’s own submission states that, based on the defence witness’s testimony, “Something was going on”. I agree with you that this will not stand up under a High Court Appeal. But it should not stand up in the Criminal Court either. I doubt that it would be found comprehensible even in ward 12 or any other psychiatric unit.

It is a further dereliction of the duty of the court and the legal system to ask me to argue for alleviation, abatement, or diminution of the penalty if I do not understand how the Magistrate concluded that I was guilty of a crime that does not exist.

To accept this absurd proposal is to acquiesce. There has been failure to follow procedure throughout this process and making excuses for the Magistrate because the system has collapsed and there are no duplicate copies of my record, and that the court transcripts take too much time, is not only irrational and unacceptable – it is bordering on bizarre.

My sentence will be determined by my mitigation. And to mitigate, I need to know the rationale behind the judgment.

These are completely different strategies in mitigation, and I am afraid that I cannot mitigate until we receive a written report regarding the magistrate’s reasoning, and I would like to postpone until we receive this.

The entire case presented by the prosecution is based on an unlawful inspection, as admitted by Dr Colin Benyure under cross examination under oath. According to many medicolegal experts, fraud has been committed. In addition, the prosecution’s witnesses have given false testimony on multiple occasions, and one of the witnesses is guilty not only of impersonating an inspector under section 26 of the Act, but also of attempting to engage in unlawful entrapment.

The inspection team committed fraud because they handed me a document that was illegitimate, with the intention of taking my property and having me arrested and disciplined by the Medical Council.

They then unlawfully confiscated property that was never returned, which fulfils the criteria of theft under section 113 of the Act. But for the fraudulent HPA document, I would not have allowed the “inspection team” to ransack the gazebo at the church and take property belonging to HumaCare, Rapha Clinic, the nurse and myself.

Fraudulent use of process means using legal process for fraudulent purposes. It is a form of abuse of process. It is done by attempting to enforce a judgment on a fictitious claim or the use of legal process as a mere cover for the prosecution to obtain evidence or take the property of the defendant, in order to put it to their own use.

If the verdict is based on fraudulent and unlawful evidence – fraud, false testimony or perjurious evidence – then the judgement is irrational, and no sentence can be given.

My understanding of abatement – and I am not a lawyer, so I stand to be corrected – is: Abatement in pleading. The effect produced upon an action at law, when the defendant pleads matter of fact showing the writ or declaration to be defective and incorrect. This defeats the action.

I would like to point out that I have been to over 20 disciplinary hearings and criminal court proceedings since January 2021. This has seriously impacted on continuity of care for my patients.

Please note that I cannot, and will not, mitigate until I understand the magistrate’s written reasons for finding me guilty.

I have copied in several lawyers and journalists with legal knowledge who have advised me and would be grateful for any input.

Please note that this is not a private document and I have no objection to it being widely shared to assess the legitimacy of the current situation. To comply with this process means that home visits by doctors become illegal, and doctors on the frontline may face jail sentences for not paying their subscriptions on time, which was never the intention of the legislature.