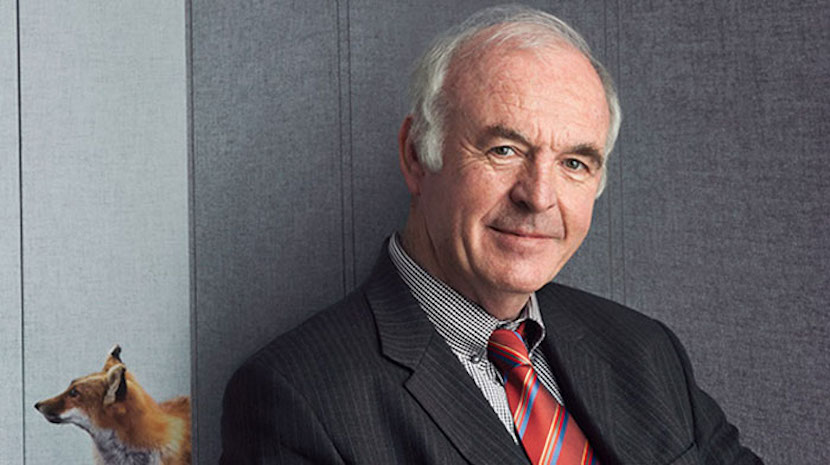 Clem Sunter is a scenario planner and strategist whose influential ideas in the 1980s played into apartheid South Africa opting for the High Road of political settlement, rather than the Low Road of confrontation and civil war. Sunter, a prolific author, read politics, philosophy and economics at Oxford University before enjoying a successful corporate career at Anglo American. The “Foxy Futurist“, so called because of his books that draw on the mind of a fox to illuminate lessons for strategy, applies his mind to what’s next after the Covid-19 pandemic that has derailed economies globally. He doesn’t buy the idea that Covid-19 data is misleading governments into implementing strict lockdown measures. But he does think that the world is in the grip of a crisis that looks far worse in practical terms than what it must have looked like in the Great Depression a century ago. Sunter is certain that life really will never be like it was before the coronavirus broke loose in Wuhan, China and jumped across borders at an exponential rate. – Jackie Cameron

At the beginning of March this year, I wrote an article painting three coronavirus scenarios for the world at large over the foreseeable future: “Much Ado About Nothing”, “The Camel’s Straw” and “Spain Again”.

So, looking towards the remainder of this year and into the next one, which scenario is likely to play out in reality? In answering this question, I will add one further scenario which I call “Tightrope”. As you will see, it is a challenging alternative but these are unprecedented times.

Much ado about nothing

All the medical flags which have gone up over the last month indicate that this scenario can almost certainly be discarded as a way of interpreting the past and the future of the pandemic.

The rise in the number of deaths by a factor of 55 in such a short period, and the fact that the public health systems of some of the richest nations on Earth have been completely overwhelmed, indicate the sheer scale and suddenness of the current disease.

To suggest that it is just another form of seasonal flu or that, left to itself, it will disappear like the outbreak of SARS and MERS before doing too much damage to humanity seems bizarre. Yet, there are still people who believe in this narrative and say that governments should never have strayed from a policy of business as usual in the economy. Some of the recent demonstrations against stay-at-home orders in America reveal the depth of this belief.

By contrast, I think the coronavirus is changing the game as we speak and will have a long-term impact on many aspects of our existence. It may force us to reconsider our profligate lifestyle and make us more aware of the inequities across society.

In particular, it will drive those in power to acknowledge that doctors, nurses and other health professionals deserve as much protection as soldiers being sent into battle.

The fact is that an unseen virus can stir up as much mayhem as a group of terrorists armed with a nuclear weapon. Having an adequate defense system to protect the nation against any external threat will acquire a wider meaning than just the possession of military prowess.

In other words, we will have plenty to do about improving public health structures in the aftermath of this pandemic. Hopefully, we will be better prepared for the next lethal virus if it appears anytime soon.

We move on to The Camel’s Straw scenario. In it the coronavirus does not have to kill millions of people to be the straw that breaks the camel’s back.

The global economy was already vulnerable before the pandemic began, with slower economic growth in China and the ongoing trade spat between the two biggest economies in the world, America and China. All that was required, therefore, was a small disruption to make the global economy collapse like it did in the Great Depression of the 1930s.

In terms of disruption, reality so far has been far more shocking. Witness the scenes of major cities with deserted streets; small businesses, restaurants and shops reliant on daily cash flows being completely closed down; operations of large businesses put on care and maintenance; no sports events or other mass gatherings; empty churches, schools and universities; multiple deaths in old age homes hit by the virus; and no international travel and tourism.

If I had posed this scenario in November last year, nobody would have believed it because it was unimaginable.

Obviously, there have been winners like all those companies involved in social media communication, virtual meetings and webinars. Many entrepreneurial minds have come up with ways to lift the spirits of those confined in homes with exercise routines and other entertainment options.

The food, medical, banking and other essential industries are operating as best they can. However, the vast majority of companies have seen their markets vanish overnight with workers being put on temporary leave or retrenched.

Unemployment figures are going through the roof at the same time as the realisation is hitting home that lots of people live hand to mouth with little or no savings to see them through. Charitable institutions offering free meals will attest to the soaring demand for their services.

PREMIUM: Here’s how SA is getting ready to lift lockdown – Covid-19 strategy insider

The global stock markets have gyrated wildly in the way I anticipated in my last article. March was on the whole a bad month for the markets; but the last fortnight saw a significant rise in share prices as investors took comfort in the record relief packages put forward by governments and central banks.

Other positive flags included the easing of the lockdown in China and the flattening of the curve of new infections in Europe, the UK and the US. The hope is that the worst of the pandemic will be over in the next month and the economy will soon be on its feet again and firing on all cylinders by the end of the year.

However, there are too many uncertainties around for any sane observer to reject The Camel’s Straw scenario at this stage. What will happen may well be different to what the market wants to happen. One cannot look at the future through a bubble of emotion.

For example, the virus may return with a vengeance in the event of a premature end to social distancing. Equally, nobody knows how many businesses may have been permanently destroyed in the last few months.

Above all, governments may be less solvent because of a decline in tax receipts at the very moment that they are taking on a huge amount of extra debt to finance their bailouts. A spectacular default somewhere has become a distinct possibility.

Liquidity may also become a concern to companies with too much gearing on their balance sheets. Similarly, individual consumers could experience difficulty in paying off credit card balances because they no longer have the salaries or wages to do so.

The third scenario of a repeat of the Spanish flu of the last century, which killed 3 to 5% of the world’s population, will remain in play until a vaccine is found. As already indicated, the coronavirus is unlikely just to melt away even with prolonged restrictions on human movement.

Meanwhile, some aspects of the virus remain shrouded in mystery such as the number of asymptomatic cases; whether there are long-term side effects for those who have recovered from the infection; and whether they will be immune from being infected again. Estimates of the actual infection rate and death rate still vary a lot through lack of comprehensive data.

With the world’s greatest experts focused on discovering a vaccine and proving it in a series of trials, the time to get it on the market is thought to be a year to eighteen months. Until then, the nightmare scenario of a runaway pandemic should serve as a warning to all those leaders and policy makers who want to dismantle the current measures of containment too soon.

My closing advice at the end of my previous article was that humankind must become more cooperative to ensure that the virus did not have the last word. We needed to create the feeling of a shared destiny on this planet.

Alas, despite some wonderful examples of international assistance with critical items of medical equipment being sent to places where they are most needed, we still live in a world of enclaves, rising nationalism and leaders pursuing their own agenda.

If anything, the virus has fueled an even greater desire by countries to become more inward-looking and self-sufficient. Yet, the only way out of the mess is a shared strategy to rid the world of an enemy that knows no borders. Every nation has to learn from each other.

Hence, I am introducing the Tightrope scenario which is all about a delicate balancing act between preserving lives and livelihoods. The most important decision for any country to make is when and how to lift the restrictions in place by balancing the best medical models on the potential evolution of the pandemic against the need to revive the economy.

This is not easy to do. Implementation has to be a step-by-step process; and there will be wobbles along the way.

Furthermore, given that the spread of the virus has been uneven, different parts of a country may need different approaches and time lines. One shoe does not fit all and any sign of resurgent clusters must be nipped in the bud with swift testing and fresh quarantine measures if necessary. The elderly may need special protection too.

As life begins to attain a new normal – it will never return to the old one – it will be up to businesses, families and individuals to walk the same tightrope in their daily activities. Judgements on what constitutes sensible social distancing measures will be at the heart of everything we do until an effective vaccine is discovered and universally distributed.

There is a growing consensus among governments around the world that the acrobatic journey described in the fourth scenario should begin as soon as is reasonably possible. China, Austria and Denmark have already ventured forth on the rope. New Zealand will start next week and others will follow later in the year.

Will we thus avoid the pitfalls of slipping into The Camel’s Straw and Spain Again scenarios on either side of the rope? I sincerely hope so but these are early days. We have plenty of surprises in store. But of one thing you can be sure: adaptation is the key to survival.