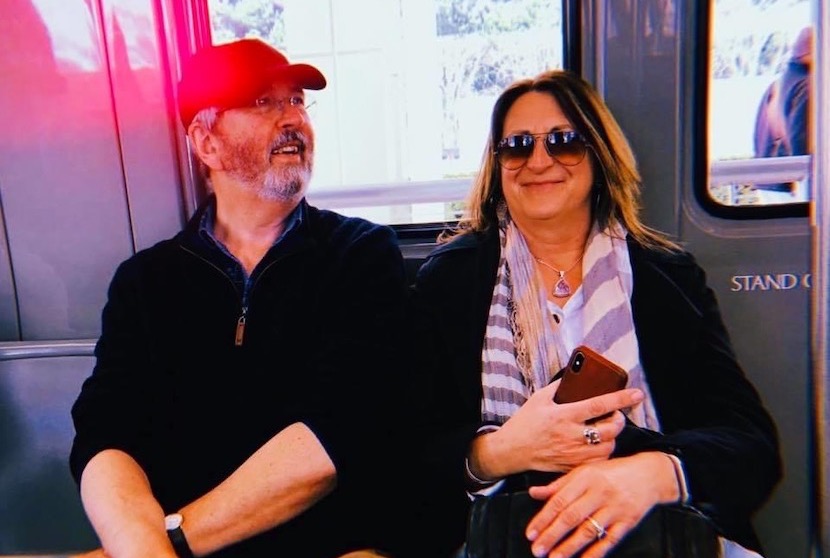 In Episode 15 of his new book, author Julian Roup considers death, money and hope in the Covid-19 catastrophe.

It is a fine old irony that Britain is waiting today for an 84-ton delivery of personal protective equipment being flown in from Turkey. I recall that huge billboard image of refugees ‘massing on our border’ that helped the rightwing mafia to swing the Brexit debate in their favour, among the other tricks they got up to, using misinformation in ways that Goebbels would have appreciated. The image of foreigners hammering on our gates elicited a near panic to close the UK borders as soon as possible, before millions of ‘free-loading Turks’ descended on us as soon as they achieved EU membership. A complete nonsense and fabrication. Getty confirmed its photographer took the image of refugees in Slovenia, in 2015, and the billboard, created for Leave.EU, was reported for inciting racial hatred. And now here is Turkey sending us life-saving equipment. Politics is a filthy business. I’ve not seen any reference to this irony in the UK press yet.

This morning, we have news of the first Sikh doctor to die. He was an A&E specialist and died from Coronavirus picked up from his patients. A colleague describes him as being the “father of the A&E team” at his hospital. There is a disproportionate number of Black, Asian and other ethnic minorities dying. I wonder if this sacrifice – these are key workers keeping the country running – will finally change Britain’s view of itself. Will the British be more comfortable with its multi-ethnic identity? I have my doubts.

Few people are driving, as our ghostly, empty streets attest. So its no surprise that the oil price is in freefall, and today has gone negative at minus US$35, with producers paying to have their oil stored. Financial markets have fallen around the world at this news.

The US, it appears, will have the highest death toll globally when the dust settles on Covid-19, yet all across the American Midwest people, encouraged by Trump, are protesting the lockdown. They say it is further evidence of heavy-handed government, and is offensive to freeborn Americans who do not wish to be locked up in their own country. It beggars belief.

We are facing a heartbreaking decision: life or money. And, as ever, money is going to win. Crippled economies will lead to hunger, death, insurrection and more death, so some percentage of people are going to have to die to get the world working again; that is the brutal truth.

Unless a miracle cure is found, the death toll is not going to stop any time soon. But there are some small glimmers of hope. Plasma from Covid-19 survivors is already being trialled in the US as a vaccine, and everywhere scientists are working 24/7 to get a vaccine out with some signs that this may arrive sooner than the predicted 18 months.

Yesterday, prompted by images of a barbecued chicken from my brother-in-law Guy, in Cape Town, I start a wood fire at 4pm to barbecue a chicken myself. The garden fills with the smoke of my two year old dried wood and Jan leaves the garden, saying the smoke is making her asthma worse. However, she admits that this doesn’t stop her enjoying the chicken when it is ready in all its honey-glazed smokiness. I will have to get some smokeless fuel in.

Dominic and Steph are no longer allowed out of the Brighton marina on Jupiter, the 37ft yacht they call home, not even to empty their toilet tanks. They are debating whether to continue fixing Jupiter up, to take her south to the Mediterranean later this summer, or to buy a bigger boat to run a charter business from. I tell them it is a nice problem to have, as the price of boats must be falling like crazy. Meanwhile, they are both studying hard for their Ocean Yacht Master certification.

Our swallows are like ecstasy made flesh, as they swoop and dart and chirrup away in the sun, doing laps of the garden and slaloming over the roof of the old 17th century cottage.

Our second delivery of meat from the High Street butcher has arrived, lamb chops and pork chops, mince and two chickens, as well as fruit and veg, gooseberry jam and sweet chilli sauce. That should keep us going for a week or two. The usual disinfecting rigmarole ensues: spraying the packaging with an antiseptic mist, and then washing our hands after filling the deep freeze.

Jan has suggested a walk to Pooh Bridge as it’s another fine day. I count my blessings. While I can work and our savings last we can keep going like this for the foreseeable future.

We drive down to the parking area at the top of the long hill that runs down to Pooh Sticks Bridge and find it locked down with a sign saying ‘No Parking’. There must have been too many people doing this walk, so the forest rangers have closed it off. We turn around and head uphill and park just below the Enchanted Place and Gills Lap.

Jan is hit by a bad headache and says she needs to go home. She doubts she will be up to a walk today. I return to the garden with Gus. Thinking about this hiccup, I realize just how fragile our security is. It may all appear chilled, sunny and peaceful, but I can see how easily disaster could strike. If one of us were to get really ill or have bad toothache, we would be running a gauntlet that could cost us both our lives. At one level, that statement and this feeling seems ridiculous, but I know that in reality it is all too true. You don’t want to be going anywhere near a hospital or any kind of medical facility at present if it can be avoided. It is a sobering thought. I go back in to check on Jan and find her lying on the sofa in the bedroom with the cat Saffy, her constant companion day and night, beside her. She says she feels much better, and later emerges with a blanket and cushions to lie on the lawn in the shade of the Rowan tree, cat and dog on either side.

The old oak tree that stands just inside our western neighbour’s garden is today in full fig, its every leaf unfurled, the tree at its best and ready to sail through this summer majestically, as in every one of its previous 300 summers, little bothered by man’s doings, a green battleship commanding our hill, sufficient unto itself. It is this tree’s bare branches that provide the orchestral night music to my winter sleep as they thrash the wind that keens through their woody spaces, a kaleidoscope of greys and blacks highlighted by its night sailing partner the moon. But this afternoon, the oak is hove to, its green sails barely moving. It is our fifth week of lockdown.