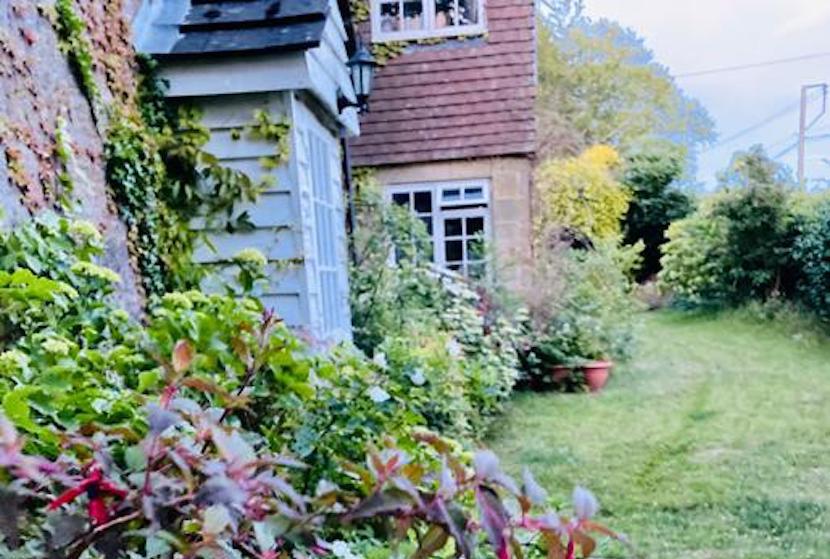 In Episode 38 of his new book, author Julian Roup considers how life has changed under the yoke of Covid-19 as we wait it out.

The day starts icy, with frost silvering the lawns and fields. The temperature at 6am is 2 degrees Celsius. It is a much colder start to the week, with some Arctic air across the UK this morning.

Boris and his ministers are sending out a message following the ‘roadmap’ crash. “Use your common sense about going to work, going outside, using public transport.” This is a bit rich coming from a Government which would do well to find some common sense itself. And not much clearer than the original.

I feel fat, unfit, and tired, which is both understandable and ridiculous, given the amount of sitting and lying around I’m currently doing. This is a common reality I suspect, as many of us have fallen victim to some strange kind of ‘holiday’ syndrome. There has been no need to get up for work for the past six weeks for those of us who are not frontline workers, so we lie late in bed, every day a Sunday morning, minus the comforting sounds of BBC Radio 2’s Steven Wright’s Sunday Love Songs. And we go to bed later and later.

For those of us furloughed or on 80 per cent of salaries, there is the added pleasure of this being a kind of paid holiday, although we know the flight back to work may be bumpy, and once we arrive there may well be no job to go back to. So we’ve all become news junkies. We lie around, eat too much and stay up late, to midnight and beyond, watching film after film, video after video. It’s not great for our physical or mental health. It feels less like a war and more like imprisonment, or a very boring holiday. Instead of fighting, we are waiting, just waiting.

There is one benefit – our spending is down by 40 per cent. A recent study of our bank account activity shows that we are keeping what money we have in the bank. We are not spending nearly as much on buying coffees, doughnuts, sandwiches or pies, we are not making impulse buys at the supermarket or anywhere else, we are not using petrol or diesel, we are not booking holidays. This is all true of me and many millions, I’m sure. Our main spend is on food and that’s it. We wait. Trying to foster common sense.

There is a small local good news story. A man who went missing for two days from his home in Kent, suspected of being on Ashdown Forest, has been found. The father-of-three, Paul Perkins, 58, went missing on Thursday but has been found safe and well, police have confirmed. He was found by rescue teams on Ashdown Forest on Sunday. Mr Perkins had last been seen driving to the Forest last Thursday, but as he had no mobile phone on him, his family became increasingly worried. The search was heavily focused on the Forest, with specialist rescue teams searching the area. The police searched down our lane and in the woods. Riders kept a sharp lookout for him too. There is general relief that he has been found.

Over the years, there have been a number of suicides found in these woods. Strange how often, like the animals we are, we crawl into the depths of nature, into deep brush or wood to die. Happily, on this occasion, the lost man was found. I believe some 600 people were involved in the search for Paul. I am glad to know he is once more at home with his family.

There is also a small, fragile symbol of hope growing around the back door of the cottage. The self-seeding Columbines are coming up through the cracks in the paving slabs. These beautiful fairy flowers, as I call them, are a sure sign that life will find a way given the tiniest bit of hope, the littlest crack. I need to hang onto this and appreciate the flowers while they last. Like life, they are over so quickly.

Speaking of flowers, a friend, Adrienne, sends me a video clip of a distinguished German psychiatrist making a public broadcast to Germany on behalf of all psychiatrists who’ve been flooded by worried callers. He says it’s not unusual during a time of quarantine to speak to the walls, to flowers and to other objects. “It is when they start talking back to you, then you should call us,” he says. I’m not entirely sure that this is a real bit of public broadcasting or not. German humour can be impenetrable.

My waiting for the swallows was the happiest kind of waiting, knowing their arrival would be the cause of joy and celebration. But this endless waiting g for an unseen enemy to arrive is beginning to wear us down. The uncertainty of it, the danger inherent in it, and the not knowing when it will end, are all impacting on us. And this is no swallow, this continental traveller; this is a bringer of death. We’ve seen a lot of it emerge these past few decades from Africa and Asia – Aids, Ebola, Mers, Sars.

And we’ve experienced the burning pyres of our cattle here in the UK, killed by mad cow disease BSE. Over four million cows were killed and 177 people died in the 1990s as a result of contracting the human variant of BSE. The cause of this horror was greed. Cattle were infected by being fed processed cattle feed containing meat and bone meal that included the remains of other cattle and scrapie-infected sheep.

But for most urban dwellers, this mass culling of a species so close to us barely impacted our lives. The same can’t be said of Covid-19.  It is an ever-present and all-consuming reality.

My maudlin musings are interrupted by an email from my brother-in-law, Guy, in Cape Town, whose role in my life is to act as a grounder, a deflator of my ego and a corrective to any growth of self-importance. He has also written me the odd sharp letter when my sister-teasing has gone too far. He is a useful and much needed medicine, and I love him dearly. A civil engineer by trade. he earned my gratitude early, driving Jan to our wedding on his birthday, January 12th 1980 – a very civil gesture. He has, I suspect, become somewhat irritated, as others have doubtless too, about these endless images of me at the head of each day’s chapter. These images are the idea of Alec Hogg and Stuart Lowman of BizNews, which I have tried to mitigate by providing images of Sussex landscapes, members of the family as well as our pets, dog, horses and even the cat. But my image continues to be used.

So Guy photo-shopped an image of me smoking an enormous spliff (something I have never tried) and added the following line: “I made contact with a notorious Cape Town Drug Lord, with the proposal that you advertise Zol for him. I sent him a sample picture which excited him greatly.”

What can I say? I am still smiling after the best laugh I’ve had this past month. I send the image on to Alex who comes back immediately, saying: “This is a gotta use.” I am delighted, as some piss-taking is a much-needed corrective to all this self-congratulatory imagery. But I make one request of Alec:

I’m getting a lot of flack from my immediate family about these endless pics of me. So I think Guy has done me a favour and this picture will go some way towards a much-needed bit of self-deprecating humour. I’ve said to him if ever this book emerges in print that image is a contender for the front cover. As he and my sister Jay think of me as an Olympic-class bullshitter, this image sums it all up beautifully. But I would ask this favour of you: please hustle Guy for a photo-shop of himself to go alongside mine, which relates to a famous incident in his life. In the army, he was told to fall in at some God-forsaken hour of the morning, which he did, but as a protest he emerged in his helmet, boots, webbing and nothing else, naked as the day he was born. If you decide to use the ‘Zol’ image of me (which I heartily encourage), I would request one of Guy in said battle undress.”

And so my day is immeasurably lightened with laughter and humour. It is not lost on me that tonight is the 15th anniversary of Guy and Jay’s son Kirsten’s death 15 years ago. The fact that they are both able to live their lives with humour and laughter after such agony and its unhealed wound is the greatest indicator of their mental strength and wellbeing, and a testament to their marriage.

All of this is a timely reminder to me not to let the lockdown get me down, and to lighten the load of waiting. Others close to me have been through something so much worse and emerged full of the joys of life. I can wait a little longer.