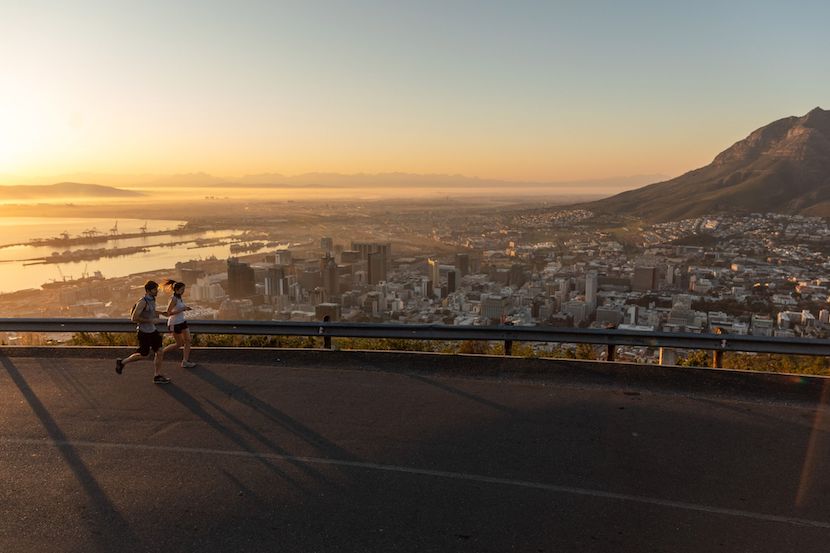 For months, Cape Town was the country’s Covid-19 hotspot. As the country’s only province run by the Democratic Alliance, the surge of the pandemic in the Western Cape was discussed as much politically as it was analysed from a health viewpoint. In recent weeks, other provinces have had their own Covid-19 surges, and the focus has shifted eastwards and northwards. In the Mother City itself, officials are now cautiously noting an apparent easing in the crisis, even though they aren’t sure why it’s happening. Bloomberg reports that cases and fatalities plateaued in late June and have recently shown a small decline, even though most businesses have reopened. Premier Alan Winde – who himself has tested positive for Covid-19 – hauling out the cliches: no resting on laurels, no taking feet off the pedals. But who cares: any easing in Covid-19 figures has to be good news. – Renee Moodie

Cape Town puzzled over easing of its Coronavirus crisis

(Bloomberg) – The coronavirus crisis in Cape Town, South Africa’s main tourist hub, appears to be easing and the authorities don’t know why.

A slowdown in new infections and deaths in most other global virus hotspots has coincided with the imposition of lockdowns. But in Cape Town and much of the surrounding Western Cape province, new cases and fatalities plateaued in late June and have recently shown a small decline, even though most businesses have reopened.

The trajectory of the disease “has got many people puzzled,” said Keith Cloete, a doctor who heads the Western Cape’s Department of Health, in a briefing Wednesday. One theory is that pleas to adhere to social distancing and wear masks are increasingly being heeded, he said.

The Western Cape was the first province to be badly hit by the virus, accounting for almost 70% of South Africa’s cases in May. Now that infections are surging in the central and eastern parts of the country — especially in the economic hub Gauteng — that ratio has declined to 19.9%. The country had diagnosed 471,123 cases as of Thursday, the most in Africa.

Intensive-care and high-care admissions in the Western Cape are at 273, down from a peak of 340, and 84% of those who were confirmed to have contracted the disease have recovered, according to a daily advisory from the provincial health department. Spare capacity in hospitals and lower demand for tests are signals of a potential decline in infections.

“All indications are that the pandemic has started to stabilize in the Western Cape, with a decline in some areas being experienced, said Alan Winde, the provincial premier. “It does not mean that we can rest on our laurels. If we let our foot off the pedal now and don’t continue to change our behavior, then we risk new flare-ups and an acceleration of cases.”