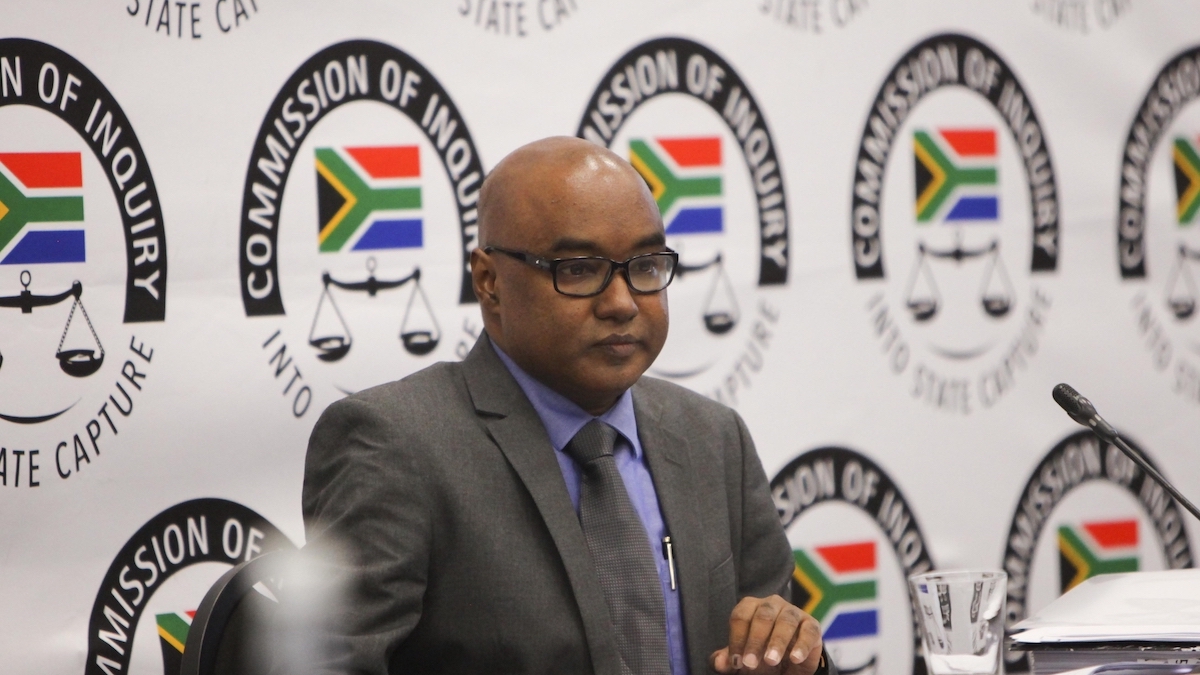 Fugitives from justice in South Africa, Atul and Rajesh Gupta, are in custody following their recent arrest in Dubai after Interpol issued a Red Notice. Veteran journalist Rajesh Sundaram has extensive real-life experience with the infamous Gupta family. He was flown to South Africa to launch Gupta’s television station – ANN7 – in 2013. After months of being worked to the bone in the creation of what he told the State Capture Inquiry was essentially a “mafia and propaganda station,” his health tanked and he wanted out. Threatened by the Guptas’ armed bodyguards, he eventually fled South Africa in late 2013. BizNews editor Michael Appel caught up with Sundaram to ask about the emotions the Guptas’ arrests evoked in him, and for greater insight into how the controversial billionaire family is regarded in their home country of India.

Rajesh Sundaram on publishing his book after years of legal challenges

It was a very good friend who sent me a text message in the middle of the night, and I had a smile on my face when I saw that, because this comes to me after a lot of frustration. As you know, when I left South Africa in the circumstances that I left, there was a sense of humiliation, anger and continued intimidation after I reached India, because I got a legal notice from the Guptas telling me not to talk to the media, demanding that I not write a book. At that time, because I was angry and really didn’t care about them, I replied saying that I’ll continue to talk to the media. And well, that is when I started writing the book, immediately after I came here and I sent the draft and the script to the publisher in a few months. However, it took many more years for it to be published because there were a lot of legal challenges from the Guptas and the Presidency. I was told by many people at the time that the Guptas had retained all the top lawyers and, you know, for them it’s pocket change to file for defamation and all of those things. It was frustrating having written that book, worked on the draft and it not seeing the light of day. But there was some ray of light when I got a call from the publisher telling me that the Guptaleaks had happened around 2018 and they wanted to publish the book. I said, of course, and the book was published. It was received well. Even after that, there were a lot of attempts from the time when I started talking to the media, rubbishing what I was saying.

It came after a long, long time. I think it was almost a decade of struggle. I had it in the back of my head that these guys are too powerful and too strong and they would get away with not just what they were doing, but with all the corruption. And when I saw the Zondo Commission and the testimonies that were coming on the documents, the truckloads of evidence that was being collected, and them sitting in far away Dubai not responding or rubbishing the entire process of the judicial inquiry. There were some times when I thought, is this all futile? Will there ever be a point where they would be brought to justice in court in South Africa. When I read that message in the middle of the night, that’s when I had a smile on my face and I said: Yes, this is the first step. There is an extradition treaty. UAE is under a lot of pressure after a Paris based organisation put them on a gray list of countries which did not have adequate infrastructural wherewithal to stop money laundering and terror financing. So, as an investment destination, that’s not the tag that the UAE wanted. They would definitely have wanted people like the Guptas to be saved out of the investors who were there. So, yes, all of it came together. The Guptas at one point thought they were invincible. They thought they were like Ozymandias, that they would never fall. I think finally the first ray of light is there. I’m told it’s going to take much more time, but there is a sense of relief.

On the connotations around the Gupta name in India

In India initially there was a lot of awe around their name because, here were these billionaires who claimed that they were self-made. There were these lavish weddings that they held here, or religious functions in their hometown. So, the vernacular media here would carry stories about how they landed helicopters and moved around in luxury but I think over a period of time, a lot of this news has come back. They initially tried a media campaign where they said that it was their rivals hitting back at them. But I think soon people have seen through it. I’ve seen the media coverage about the Guptas over the last few years and clearly now, with a lot of the international agencies coming out with factual reporting, and much of that being carried in the Indian media, the perception of the Guptas has definitely changed. We’ve also had our own agencies, especially the income tax department, investigating their transactions about them bringing in huge amounts of money from abroad, especially to construct a temple that they’re doing here in the name of their father. So, all of that is under investigation. I get a lot of calls from people wanting to know my reaction and there is a sense that, you know, they were these people who made a lot of ill-gotten wealth and then finally, karma caught up with them.

On the Gupta’s sense of privilege and entitlement

They have been travelling a lot. If you remember, there were at least two very high-profile cases where the media highlighted them and actually called the media in to report about them. One, of course, was the wedding in the Himalayan meadows where they broke all laws and environmental laws, including certain orders of the Supreme Court of India, prohibiting the kind of infrastructure that they made for that wedding. It is the pristine Himalayan meadows and nobody has any business going there and flaunting their money and bringing helicopter sorties full of guests there, ruining the ecology and leaving behind tons of garbage. That’s something that they were adamant about. They had virtually all politicians across the spectrum, from the opposition and the ruling party, who attended that wedding. There were also talks about how they were investing in fuel projects into India, although none of that was verified. There was talk about a large company manufacturing ayurvedic products, or Indian medicine, and they wanted to market them globally for them. But all of that settled down after the US Treasury announced sanctions on them.

More recently, their properties in India were raided by the income tax department. That’s when they came to light. There are also a lot of these religions –  like the Kumbu meda – which attracts millions of Hindus to a holy river. They’ve been regular visitors there and they flaunt their privilege. They scream and shout at the policemen. As you can imagine, when there are millions of people coming in, especially when there’s Covid-19, there are a lot of restrictions. But they wouldn’t follow any of that. They would want to park their cars where it’s not allowed. They would want to take a shortcut, which is not allowed. They would want to be right at the front of a procession, which may not necessarily be allowed. You could see Atul Gupta screaming at constables, telling them that he knows the top police brass or the politicians of the state and he would get them transferred or they’d lose their jobs. So, the arrogance was still there. They were throwing their weight around, all of them, and there was also a sense of privilege which could have come from having friends in the right places, the bureaucracy and the political circles here in India as well.