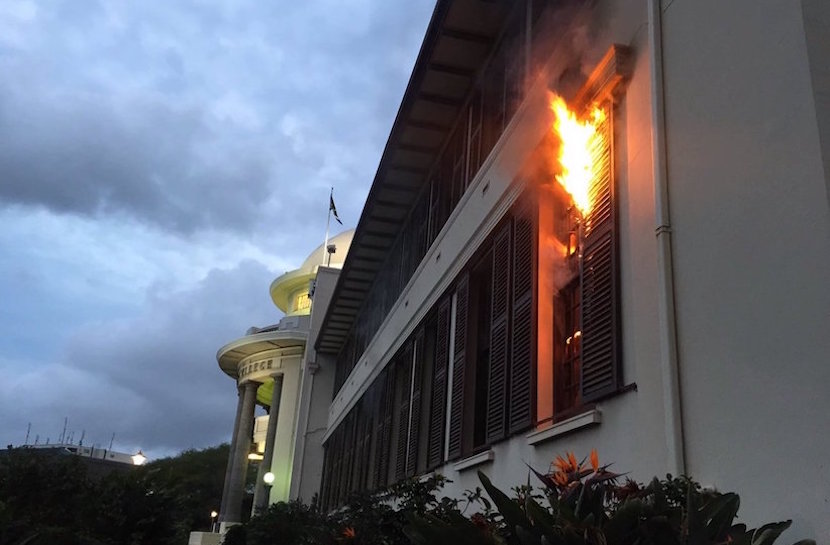 South Africa’s higher education system has been in the spotlight, with angry students protesting over fee increases by doing the unthinkable from an academic perspective: burning books. While many will be puzzled that students have taken such a step, the violence that has been developing around tuition fees highlights an outstanding failure by South Africa’s government: to ensure that education is a right enjoyed by all of its citizens. In a country characterised by staggeringly high unemployment levels, and along with this high crime and hardship, protesting students are painfully aware that education is the ticket to a better life. Already poor, many students see that brighter future disappearing from sight as their fees rise, putting education beyond their reach. Education is regarded, by many, as a gift to be passed on from one generation to the next, not a commodity or consumer service that generates revenue. But it’s also an expensive right to uphold, with universities requiring significant funding in order to ensure that teaching and facilities are fit for purpose. Governments around the world are grappling with ways to make higher education accessible to as many as possible while balancing the national budget with other priorities. In South Africa, this challenge is made all the more difficult as a result of rampant financial mismanagement of state funds and the legacy of a system that has failed to prioritise educating generations of citizens. – Jackie Cameron

Johannesburg – Government on Tuesday appealed for calm following violent protests over fee increases at some universities.

“Students are advised not to participate in activities that may place them in conflict with the law as they protest against fee increases at universities,” GCIS acting director-general Donald Liphoko said in a statement.

Liphoko said the student fee issue was receiving their full attention and government called on students to allow consultations to be concluded peacefully.

Destruction of property and violence would not be tolerated.

“Government understands the difficult circumstances faced by many students in the country and is doing everything in its power to resolve the situation,” he said.

On Tuesday afternoon, firefighters brought a fire at the University of KwaZulu-Natal’s Howard College law library under control.

Photos posted to social media showed flames rising from windows of the building.

UKZN announced it would break early for the September holidays due to violent student protests and arson on its campuses.

It would be closed from Wednesday until September 19, spokesperson Lesiba Seshoka said in a statement.

Sixteen students, aged between 17 and 20, were arrested on charges of public violence, contravening a court order, and damaging property on the Westville campus on Monday night.

Six cars and a building were set alight.

On Tuesday, police confronted protesters on the Westville, Howard College, and Pietermaritzburg campuses.

Last Tuesday, a coffee shop in a cafeteria on the Howard College campus was set alight. An exam hall on the Pietermaritzburg campus was destroyed in a fire a day later.