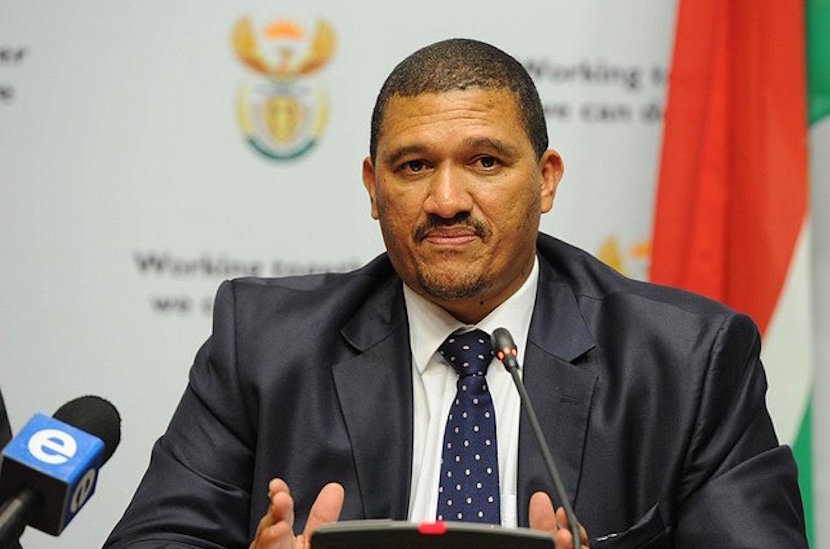 A Chief Whip in the Western Cape Government, Mark Wiley, says the party is not surprised by Fransman’s resignation.

“We’re not surprised by Mr Fransman’s move; he had an absolutely astounding defeat in the high court yesterday.”

Wiley says Fransman will still be held accountable for the alleged mismanagement of millions of rands of public funds during his term as provincial transport and public works MEC. – Mark Wiley, EWN 16/9/2016

In a blow for the Democratic Alliance in the Western Cape, Marius Fransman, the ANC Western Cape chairman, announced his resignation from the provincial legislature last Friday.

The number of ANC voters he must have alienated and the number of votes that he accordingly garnered for the DA in the recent municipal election must have been substantial.

Fransman, long a suppurating abscess on our body politic, headed for the exit after the most bizarre court application I had ever heard of in more than 30 years as a court reporter, was turned down.

In 2014 he was asked to testify under oath by the speaker of the Western Cape legislature and the chairman of its standing committee on public accounts (Scopa).

Uys, the ANC chief whip in the Western Cape provincial legislature, is a former member of Marthinus (Kortbroek) van Schalkwyk’s New National Party who was warmly welcomed by the ANC when he crossed the floor in 2005.

In both cases the amounts were hundreds of millions of rands. Here’s how it was summed up in last weekend’s City Press.

Fransman was the Western Cape provincial Minister of Transport and Public Works between 2005 and July 2008 and his comrade Pierre Uys was the Health MEC.

With their absolute commitment to the accountability and transparency that the African National Congress guaranteed us in 1994, they ducked, dived, dodged and delayed and Fransman then asked the Western Cape High Court to rule in their favour – in other words that they alone should not be held accountable for their spending while holding political office. Unsurprisingly, the absurd application was denied – with costs.

The first court hearing was on 4 August and it was covered by Die Burger but not, obviously, by the Cape Times.

Geoff Budlender, counsel for the respondents, the Western Cape provincial government and its Scopa, told the court that Fransman seemed to have a morbid obsession that he was being prosecuted. He said that, on the contrary, Scopa had taken no decision in this regard and merely wanted the two men to explain, under oath, how and why these hundreds of millions of rands had been spent on consultants during their period of office and in what way the populace at large had benefited.

In 2009 after the Democratic Alliance regained control of the Western Cape legislature, Fransman’s successor as MEC for transport, Robin Carlisle, was aghast at the level of corruption, mismanagement and gross incompetence he found.

He accordingly issued a challenge to Fransman which I set out in a previous article on this website – an audit of both their personal finances for which Carlisle offered to pay. To make the offer even more attractive, he promised that if Fransman was found to be innocent of any wrongdoing he would take out full page advertisements in national newspapers to apologise for ever doubting the ANC man’s ethical probity.

Fransman declined, not unexpectedly given that he seemed, even then, to be perceived as something of a Wide Boy.

Carlisle said that, after becoming MEC for transport, he visited the staff on one of Fransman’s more mysterious projects and asked them what they did.

They proudly pointed to a big television monitor.

A yellow dot moved erratically across the screen

Asked for an explanation by a somewhat bewildered Carlisle, they said the yellow dot was a bakkie and they were tracking it.

“Why are you tracking the bakkie?” asked the mystified Carlisle.

“This will help us work out the bus routes” was the reply.

“But bus routes have got nothing to do with us – that’s a municipal jurisdiction” says Carlisle, by now beginning to get a little worried.

He closed down this Fransman project for which an Australian company had been paid R60 million.

For the same reason he also closed down another Fransman project – this one costing R105 million – for which an American company had been paid. This had to do with the logistics for the 2010 Soccer World Cup and, again, this fell within the jurisdiction of the Cape Town Municipality and the provincial authorities had no role to play.

“In the context of his portfolio, both of these projects fell outside his jurisdiction and, in my subjective opinion, based on what I found when I investigated, they were simply conduits. Neither we as the Cape Provincial Administration nor the Cape Town municipality derived any benefit whatsoever from a total expenditure of R165 million – but somebody made a killing”, Carlisle said.

One can, accordingly, understand why Fransman is desperately trying to avoid testifying under oath.

There are several ANC stalwarts who will be relieved by Fransman’s departure:

This related specifically to attempts to sell the Somerset Hospital site near the V&A Waterfront and the bribing of Cape Argus journalists Ashley Smith and Joe Aranes in the notorious “brown envelope” scandal. The purpose of this bribery by Rasool was to undermine an ANC colleague, Mcebisi Skwatsha, in an internecine battle for control. The scars have never healed.

In his statement under oath Smith says:

62.2. At the time when I assisted Rasool, it was clearly understood by Rasool, Orrie and Aranes, that my role as an employed and practising journalist would be valuable to the cause of assisting Rasool;

62.3. The other parties who had knowledge of the matter at the time were Leonard Ramakatlane and Marius Fransman;

62.6. Most of the work I did for Rasool was in relation to his strategy against Skwatsha.

“How can we in the Western Cape, the party allegedly of non-racism, be so divided racially with a political leader, who according to the media, arranged to pay the klopse to come and perform at the ANC gala 103rd at the Green Point (stadium) and then didn’t pay them. He didn’t have any money … he said well they didn’t bring out the vote. What sort of politics is it where you go to them or to gangsters – there was that story as well – to do the politics for you. And undenied that they weren’t paid.” 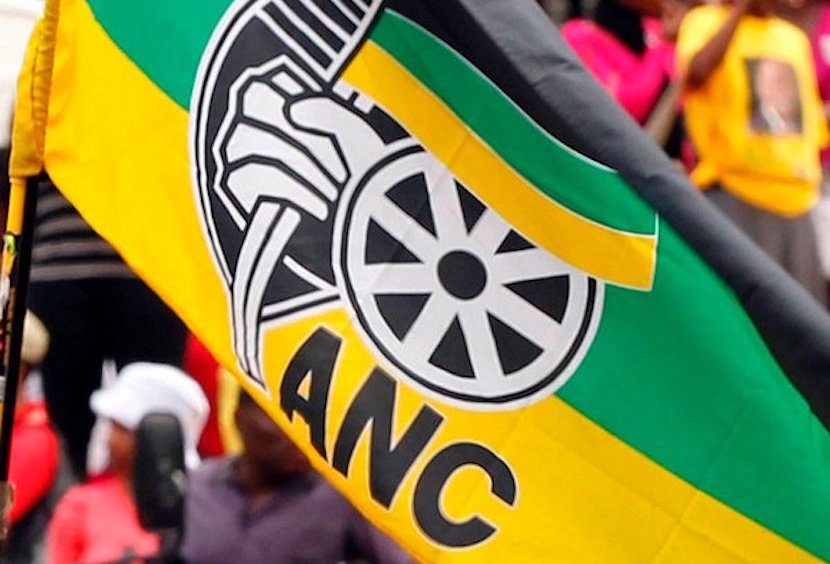 As far as the biggest voting bloc on the Cape Flats is concerned, Fransman was never there when they needed him and was always silent when they came under attack or were humiliated by the African National Congress and its acolytes.

Tony Ehrenrich will not be returning to the Cape Town city council and says he will be concentrating on his Cosatu duties. That is a wise decision. He never seemed to grasp the intricacies of municipal governance and the electorate quickly tired of his tedious, self-serving and publicity-seeking challenges.

Furthermore, the DA has developed very effective research tools for predicting election outcomes which is why Mmusi Maimane was able, with absolute confidence, to predict election outcomes in August before the official results were announced. This is relevant in the Ehrenreich context because DA research indicates that a hell of a lot of Cosatu members voted for them. Ehrenreich will also be missed by DA politicians in the Western Cape because he, like Fransman, alienated voters and guaranteed more votes for Patricia de Lille which contributed to the DA’s landslide victory margin in the municipal election. Ehrenreich never distanced himself from the call of a Cosatu colleague for whites to be burnt to death “like they do in Zimbabwe”.

Furthermore, in the only policy statement that I can ever recall him making, he declared that he would, if placed in a position of power, sack as many whites employed by provincial government as possible. This must have gone down like a lead balloon on the Cape Flats – first they came for the whites…

Marius Fransman has accused Derek Hanekom of trying to get rid of him from the ANC. 😂😂

With the effective departure of Fransman and Ehrenreich from the political stage a new dawn hopefully awaits the ANC in the province which is needed because the sins of Democratic Alliance incumbency seem to be manifesting themselves.

When Xolani Sotashe was named as the ANC’s mayoral candidate for Cape Town in July, the message from Gwede Mantashe would be echoed by all – “Bring hope to the people”.

I trust he will. His 16 years as an ANC councillor in the Cape Town municipality have been untainted by scandal and the indications are that he is respected by his peers.

The jury is out on ANC Western Cape secretary Faiez Jacobs who, without significant consequence, beat up a colleague, Wesley Seale, in December last year. This might have impressed the pugilistic Johnny de Lange but it assuredly did not add to the ANC vote tally in August. Indeed, it could well have persuaded a few undecided voters to throw in their lot with the Democratic Alliance – why would you vote for thugs?

Mark Wiley, DA chief whip in the provincial legislature, has given the assurance that Fransman and Pierre Uys will have to account to Scopa.

We are punch drunk, having been battered relentlessly for nigh on 20 years by the ANC’s Big Vegetables, their Tsunami of Sleaze and, quite literally, by their brutal Blue Light Bully Brigades.

We want the nightmare to end.