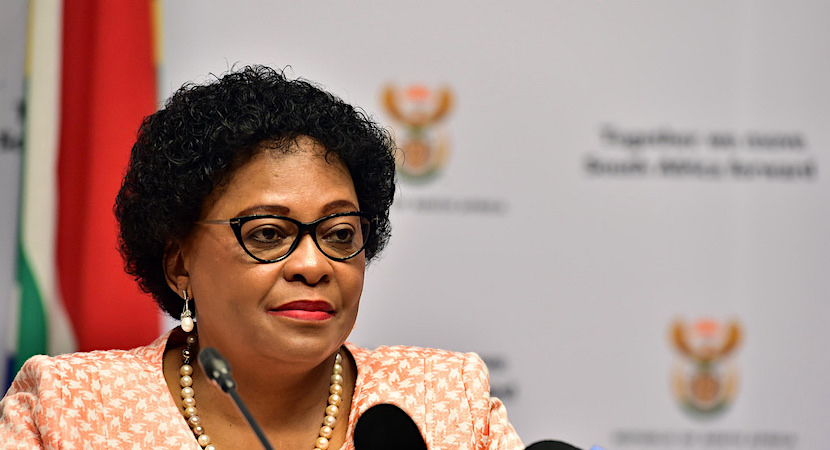 CAPE TOWN — Perhaps Bosasa COO Angelo Agrizzi has a wildly fertile and highly detailed imagination. Or perhaps cabinet ministers, pivotal officials at the Justice and Correctional Services departments and the latter’s parliamentary oversight committee, plus ANC election campaigners, were all on the take to help maintain the company’s lucrative stranglehold on government security-related contracts. At face-value, it’s a frightening indictment of the ANC. Forget the intimate, costly relationship between former President Jacob Zuma and the Guptas – this is corruption at every level of government. At last, albeit inadvertently, opposition parties have something to get their hustings teeth into. It was starting to look bleak there for a while with President Cyril Ramaphosa’s fresh broom doing an admirable job of cleaning the political veranda. Now he’s in the thick of it with Agrizzi claiming his election campaign was partially funded by Bosasa and with the entire party shredded by the extent of senior members allegedly on the take. Bosasa apparently had an industrial-scale nursery of “Watsonias” (bribes) and no less than Environmental Affairs Minister, Nomvula Mokonyane purportedly delighted in regular bunches of this iris genus (aka Watsonia-Corruptus). As they say, when the environment’s right, Watsonias will flourish. Story courtesy of the Daily Maverick. – Chris Bateman

Environmental Affairs Minister Nomvula Mokonyane allegedly received cash bribes of R50,000 over the course of several years from a facilities management company, Bosasa — at times delivered to her at her official residence as the Premier of Gauteng.

Mokonyane, a senior ANC leader who also happens to be the chairperson of the party’s disciplinary appeals committee, was appointed to Cabinet by former president Jacob Zuma in 2014.

Her name featured prominently during testimony by Angelo Agrizzi, former Bosasa COO — the man responsible for “packing” the cash bribes into grey bags for delivery and who kept a record of payments in a little black book that was usually left in one of several safes in the vaults at Bosasa’s Krugersdorp offices.

On Monday, Agrizzi told the State Capture commission that he was present, several times, when Bosasa CEO Gavin Watson allegedly made trips to Mokonyane’s homes in either Bryanston or Krugersdorp to drop off the cash.

He gave commission chairman, Deputy Chief Justice Raymond Zondo, a detailed description of the swimming pools, the stairs, the path lights and even the boardroom furniture or location of Mokonyane’s home office — because he had gone there, he said, several times.

Details of Agrizzi’s statement leaked at the weekend, but the minister’s office released a statement saying she was unaware of being implicated by him — it is unclear whether she will comment now that his testimony has been screened on live TV. Daily Maverick has reached out to Mokonyane’s office and will update this article when a respond lands.

I have been receiving death threats since I started giving out my testimony at the Zondo Commission, this isn’t going to deter me. I will continue doing whatever I can to help in the fight against corruption

In the meantime, eNCA reports that Mokonyane has sent the commission a lawyer’s letter about not having been given prior notice, as per the rules of the commission, that she was implicated by Agrizzi’s testimony.

It is important to note that Agrizzi’s testimony, like that of many of the witnesses who have testified thus far, remains untested and may still be challenged by implicated parties.

Already Armscor CEO Kevin Wakeford, who is named in Agrizzi’s affidavit before the commission, has applied for special leave so he can prepare a response to claims.

Agrizzi, a self-confessed kingpin in the Bosasa corruption empire, testified that he was personally responsible for packing the bags of cash required for bribes — including that allegedly paid to Mokonyane on Eccleston Crescent, Bryanston where she lived as Gauteng Premier.

But after becoming fed up about Bosasa’s overall bribery operation, he said that he asked Watson why they couldn’t just switch to doing business the normal way — without their political connections.

The conversation, he said, continued during a drive from the home of former Correctional Services commissioner Linda Mti to that of Mokonyane, where they had allegedly gone to drop off cash.

Pressed for more detail, Agrizzi explained that while the bribe system worked well at other state-owned entities or departments, Mokonyane later on proved to be less effective as she provided them with absolutely no benefit for the money.

He detailed how Bosasa at some point prepared two reports for security at Gauteng government facilities, including hospitals, had spent more than R3m on those and yet there were no tenders for the company in the end.

“When we first met Nomvula Mokonyane we realised she was extremely powerful.

However, he said he tried to put a stop to her payments later on when he realised they were not getting value for their money.

“We knew she was very close to (former) president Zuma but further than that… if people in the Hawks needed to be spoken to, it would be done,” Agrizzi told the commission.

The company had been the subject of various serious corruption investigations at the time and had allegedly lobbied politicians extensively for “protection”.

It’s interesting that Minister Nomvula Mokonyane’s letter responding to #AngeloAgrizzi’s testimony says everything except “The allegations are untrue. I did not receive a cent or a case of drinks or a bottle of whiskey or a braai pack from Bosasa.” That’s all it needed.

In addition to Mokonyane, Agrizzi detailed payments to several officials at the Department of Justice and Constitutional Development (DOJ) who had allegedly assisted Bosasa to land a lucrative security contract at the country’s courts.

He named three out of four DOJ officials and said he was physically present when they were paid.

There was a group of seniors at the DOJ who were paid directly by a politically connected “consultant” to Bosasa, Sesinyi Seopela.

Seopela, Agrizzi said, would be given bags of cash for distribution — he then testified that he was told that some money was allegedly earmarked for Dr Khotso de Wee, secretary of the State Capture Commission who stepped down pending an investigation when the allegation first surfaced.

Agrizzi claims that Seopela told him “verbally” that De Wee was one of the beneficiaries.

“At one stage I was told I was late with a delivery and was told (by Seopela) that Dr De Wee was very upset.”

However, Agrizzi said he had no evidence that De Wee was indeed the recipient of part of a R2m bribe distributed to various officials at the DOJ.

He touched briefly on a similar payment system for officials at the Department of Transport for whom Bosasa subsidiary, Kgwerano Financial Services, administrated a fleet management system.

In this case, bulk cash would either be given to Seopela or other seniors in the company.

When the money was packed and ready, Agrizzi said he then had to call and drive around to get it to Seopela.

This would be either at Monte Casino’s Palazzo Hotel or wherever Seopela was.

“Sometimes it was in a restaurant, like Fishmonger at Thrupps (in Illovo), Tashas in Morningside or I would follow him to some obscure road and stop to hand it over.

He says he personally handed over cash for distribution to either Seopela or the other seniors in about 30% of cases but handled the payments himself 70% of the time.

If it's true that Nomvula Mokonyane was bribed with meat and booze, this is fantastic news for climate activists. How great to have a Minister of Environmental Affairs you can influence with a chop and a bottle of Late Harvest?

Agrizzi did not testify about payments to Moyane and merely said that the extra cash was required to accommodate some of the new entrants at Correctional Services.

He also provided testimony about how in at least two cases, Bosasa was asked to conduct site inspections at some 20-odd prisons for a report on what Correctional Services needed and that this information would then inform the specifications for tenders worth hundreds of millions of rands. In both cases, Bosasa won the contracts.

You have seen and heard the testimony about Environmental Affairs Minister Nomvula Mokonyane and ANC MP Vincent Smith. Do you expect them to follow the lead of Nhlanhla Nene and Malusi Gigaba and resign their positions? #SAfmSunrise @SAfmRadio

Agrizzi testified to a meeting with Smith, Watson and two other MPs at a hotel in Rivonia, Johannesburg, where the terms of their engagement were confirmed.

“I didn’t know about the meeting, but Gavin Watson picked me up and we went together. At this meeting Smith spoke as if there was a working relationship going forward with Bosasa.”

The trade-off, he said, was that the MPs would “keep quiet” or ignore negative publicity around Bosasa when issues were raised in Parliament, thereby ensuring that the company’s business prospects were not harmed.

He said he occasionally paid them in person “when (Gavin Watson) was unavailable”.

He says Smith would be paid at the Mugg & Bean, or the mezzanine level of Clearwater Mall on Johannesburg’s West Rand, or Cradlestone Mall. The bag of cash would be hidden inside a folder or a newspaper.