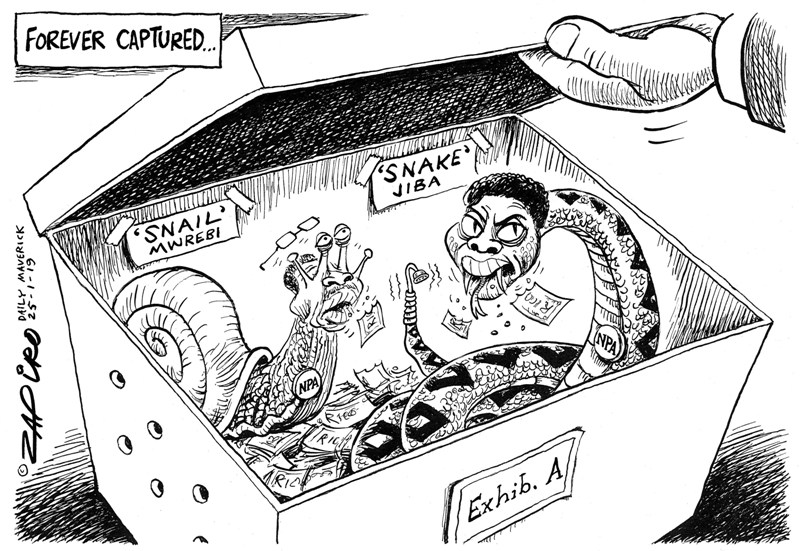 CAPE TOWN — With apologies to a thriving South African business called Cash Convertors which legitimately loans cash and buys and sells virtually anything, we now have our very own (illegitimate) Crime Convertors at the National Prosecuting Authority. Well at least two of them, (albeit suspended), probably many more, if former Bosasa COO, Angelo Agrizzi’s testimony to the Zondo Commission holds up. The Crime Convertors business model is straightforward; if you fear prosecution and want to continue your corrupt ways undeterred for almost a decade (handsome terms), simply put down various monthly sums with key prosecutors, (or any key government official). Prices vary according to their influence. The two NPA officials, currently suspended by President Cyril Ramaphosa, were none other than the deputy national director of public prosecutions and the special director of public prosecutions. Codenamed “Snake” (presumably with a lightning quick, venomous strike that only a cash injection could neutralise) and “Snail” (perhaps a bit slower to deliver favours), respectively, the pair allegedly aided and abetted Bosasa’s ongoing illicit operations. Rest assured, says Agrizzi, had that not worked, Bosasa had no shortage of outstretched palms higher up the political food chain. – Chris Bateman

Nomgcobo Jiba, the deputy national director of public prosecutions, received a monthly payoff of R100,000 ($7,235), while Lawrence Mrwebi, the special director of public prosecutions, was paid R10,000, Angelo Agrizzi told a judicial commission that’s probing graft during former President Jacob Zuma’s rule. In return, the officials, who were given the code names “Snake” and “Snail,” supplied Bosasa with files, emails and documents pertaining to its case, he said at a hearing in Johannesburg on Thursday.

Investigators have spent years examining allegations that Bosasa, which was renamed African Global Operations in 2017, used illicit methods to secure state contracts, but the case hasn’t come to court. Agrizzi, who worked for the company from 1999 to 2016, has previously testified that bribes were also paid to senior politicians and government officials.

President Cyril Ramaphosa, who succeeded Zuma about year ago and has pledged to clamp down on graft, suspended Jiba and Mrwebi in October. A separate panel led by former Constitutional Court Judge Yvonne Mokgoro is investigating their fitness to hold office. Jiba and Mrwebi have both denied wrongdoing.