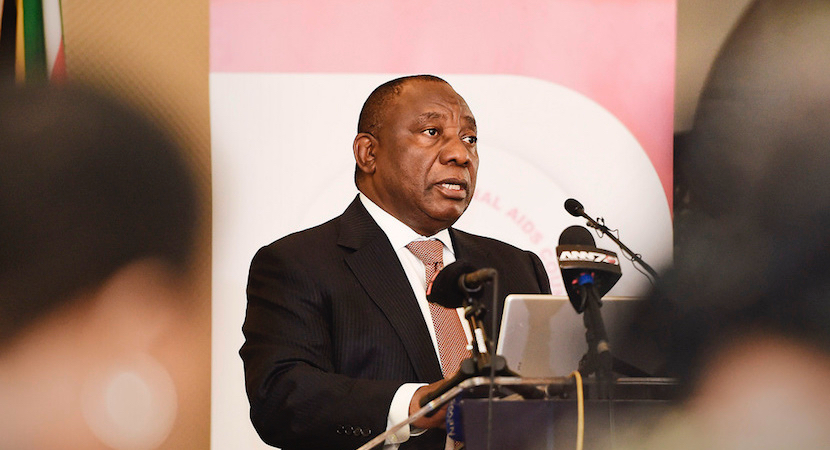 CAPE TOWN — One man holds the anti-corruption push-back in his palm of his hands, regardless of multiple highly laudable initiatives. The latest push, a special tribunal overseeing all State probes and consisting of nine judges, one for each province, will speed up the Special Investigations Unit’s ability to claw back stolen money and freeze illegally acquired assets. However, one easily forgets that if any of the probes cause anti-corruption pivot, President Cyril Ramaphosa and his executive significant political discomfort, he can legally close them down. That’s the fatal flaw in all of this wonderful fumigation of Zuptoid and other State infestation. As Advocate Paul Hoffman, SC, founder of Accountability Now says, there’s a Concourt ruling that executive control of the anti-corruption machinery is simply not on. Rather a stand-alone Integrity Commission that once and for all stops the scourge of political interference, says Hoffman. To be presided over for three years by Judge Gidfonia Mlindelwa Makhanya, the Tribunal will enable the SIU to bypass time-consuming applications to the High Court for an order to attach or seize. This will help confound the scoundrels paying lawyers millions in ill-gotten gains to delay and obfuscate matters – and win Ramaphosa those all-important political points. – Chris Bateman

(Bloomberg) – South African President Cyril Ramaphosa said a special tribunal has been established to speed up cases from the state’s Special Investigating Unit.

“Fast tracking these matters through the Special Tribunal will enable the SIU to recover monies and or assets lost by state institutions through irregular and corrupt means” and would ensure that those who are responsible are held accountable, the office of the presidency said in a statement on Sunday.

State-owned power producer Eskom Holdings SOC Ltd. is one of the entities that the SIU is investigating. Its ongoing probe into Eskom shows 11 contractors involved in the construction of three new power plants may have siphoned off R139bn ($9.9bn), the Johannesburg-based Sunday Times reported, citing SIU spokeswoman Nazreen Pandor.

The establishment of this Special Tribunal is occasioned by the need to fast-track the finalisation of matters that the SIU refers for civil litigation following conclusion of their investigations. These are matters where the SIU would have referred to civil litigation contracts entered into by state institutions to be declared irregularly invalid or set aside.

This is a big deal

8 judges will be part of the Tribunal

Fast-tracking these matters through the Special Tribunal will enable the SIU to recover monies and or assets lost by state institutions through irregular and corrupt means; thus ensuring that those who are responsible for the loss of monies and or assets by state institutions are held accountable. The litigation process includes both public and private sectors persons and entities.

The powers and functions of the Special Tribunal are to adjudicate upon any civil proceedings brought before it by a Special Investigating Unit (SIU) in its own name or on behalf of a state institution or any interested party as defined by the regulations, emanating from the investigation by such SIU. Such civil proceedings will be based on the outcomes from the investigations by SIU.

SIU Head Adv Andy Mothibi says Unit still assessing new evidence of alleged Bosasa wrongdoing. After that finalised, SIU can then approach Minister of Justice to approve its application to extend its Bosasa investigation.
That extension MUST be approved by President Ramaphosa.

The President has, in terms of Section 7 (2) and (5) of the Special Tribunals Act, 1996 (Act No.74 of 1996)(hereinafter referred to as “The Act”) appointed Judge Gidfonia Mlindelwa Makhanya, as the President of the Tribunal for a period of 3 years.

President Ramaphosa has also appointed the following judges as additional members, in terms of Section 7 (3)(a) of the Act: