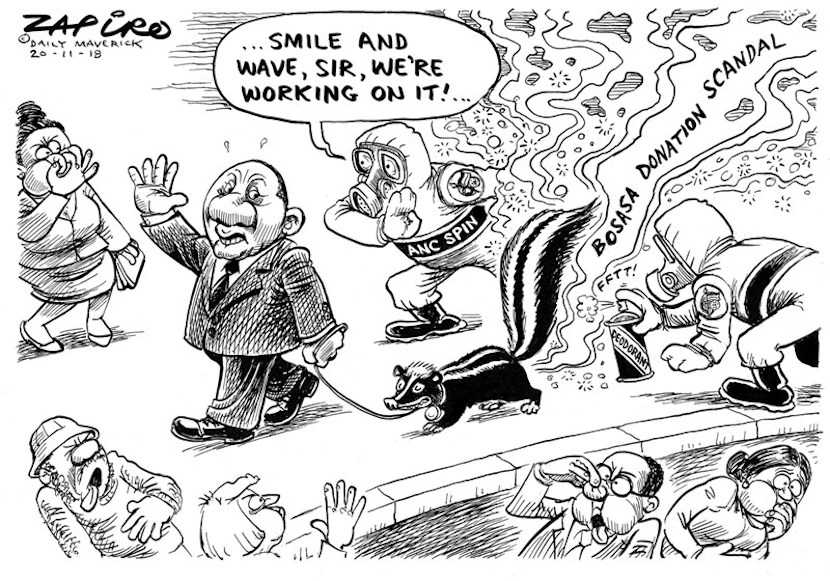 LONDON — The links between Bosasa and Andile, the son of President Cyril Ramaphosa has been an Achilles heel for the newly elected President since it came to light. And it became an important tool for opposition parties to flog the ANC with, as Ramaphosa’s election took away their favourite target, Jacob Zuma. DA leader Mmusi Maimane has repeatedly requested that Ramaphosa appear before the Zondo commission about the issue. And now a mere six weeks before the election, Andile Ramaphosa admitted in an interview that it was an oversight to accept a R2m payment from Bosasa. He says he regrets the deal and missed glaring red flags before putting pen to paper. It prompted President Cyril Ramaphosa to respond to his son’s interview. Ramaphosa points out in a statement below that he believes the business deal his son has had with Bosasa and the subsequent R500,000 donation by the Watsons to his Presidential campaign are two separate issues. This could not have come at a worse time for Ramaphosa as ANC’s support is slipping in the polls. Or did it? Could it be a strategy by Ramaphosa to lance the boil before it erupts? He is known as a master strategist. – Linda van Tilburg

The Presidency has noted several media reports and commentary on testimony before the Zondo Commission yesterday that conflate a number of separate issues.

President Cyril Ramaphosa first explained the matter in his letter to the Speaker of the National Assembly on 15 November 2018. He also provided the Public Protector with a statement on the matter, which is available on the Presidency website.

Read also: Paul O’Sullivan: ‘Cyril Ramaphosa and his son are NOT corrupt’

In summary, these are the facts available to the Presidency:

The Presidency understands that the testimony before the Zondo Commission of Inquiry needs to be fully investigated and corroborated.

In line with previous statements to this effect, the President has once again reiterated his commitment to appear before the Commission. This gesture also serves to encourage other South Africans to answer the call by Deputy Chief Justice Zondo for witnesses to step forward and assist the Commission in its hearing of evidence.

The letter of 14 November 2018 from the President to National Assembly Speaker Ms Baleka Mbete is available on the Presidency website.

The President’s statement to the Public Protector dated 1 February 2019 is available here.