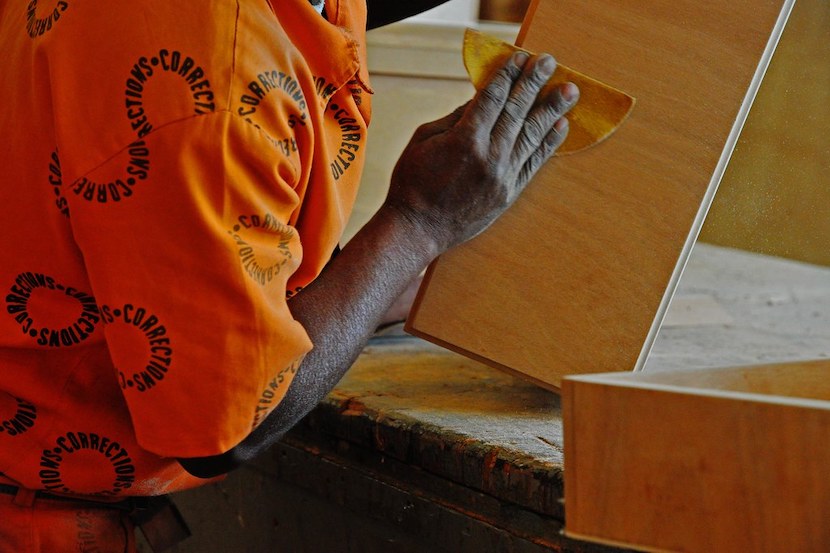 When President Cyril Ramaphosa pushed the Zuma clique out of the most powerful office, it sparked waves of optimism that the corrupt and the captured would be brought to book. But, more than two years on, Ramaphoria has evaporated as the business-savvy president struggles to get the police and prosecutors moving on graft-tainted individuals. Paul Hoffman of Accountability Now says anyone hoping that 2020 will go down as the Year of the Orange Overalls might be disappointed. Citizens are getting restless, which is a good thing as they might provide the spark to get things moving. – Jackie Cameron

Cyril kicks the corruption can further down the road to ruin.

The long-awaited SONA2020 brought no comfort to those who want this year to be the “Year of the Orange Overalls” for the corrupt. This happy state is what Archbishop Thabo Makgoba called for during his Christmas Eve sermon last December. Instead, the President kicked the can further down the road to ruin, citing the long-awaited report of the working groups on the National Anti-Corruptions Strategy, “due out mid-year” as the excuse for not getting on with what must surely be one of the most urgent tasks of government in the post-Zuma era.

The urgency of addressing grand corruption in all its manifestations is essentially twofold. Firstly, the recovery of a good part of over a trillion rand in loot is required right away to kick-start failing SOEs, commence much needed infrastructure spend and get the economy into gear so that the sorely needed job-creation gets going. Secondly, the culture of impunity for corrupt activity will not end if those guilty continue to get away with their various forms of malfeasance. Already the “second wave of state capture” is being spoken of by analysts of economic affairs and worried about by those contemplating a new investment, whether locally or by way of foreign direct investment, in our teetering economy.

These circumstances, taken together with the current dysfunction in the criminal justice administration when it comes to investigating and successfully prosecuting grand corruption, ought to have impelled the president to be decisive about the issue and to take the steps, overdue as they are, to bring about independent corrective action.

It is not as though the NACS is without a blue-print or feeling its way in the dark. The Constitutional Court has set the parameters it requires for effective and efficient anti-corruption machinery of state. Back in 2014, when the matter was last considered (for the third time) by the court, it was thought that tweaking the Hawks legislation would suffice to create a STIRS compliant anti-corruption strategy for SA. The STIRS acronym is the binding rulings of the court in one word in which:

S is for a specialised unit dedicated to investigating and prosecuting the corrupt;

T is for properly trained staff, which is equipped to do so;

I is for independence from political influence and interference;

R is for guaranteed resources sufficient to the task and

S  is for security of tenure of office.

No sane student of the activities of the Hawks since 2014 believes that they are STIRS compliant or capable of countering the corrupt in the manner envisaged by the application of the criteria of the STIRS acronym.

The news emerging from the fresh leadership of the National Prosecuting Authority is that the institution is so broken by the ravages of the Zuma era that it will take years to rebuild its capacity to see off the corrupt. These are years which SA does not have available. Shamila Batohi, the NDPP appointed by the president in December 2018, is surely accurate when she says that she does not have staff available to mount complex corruption prosecutions because of lack of resources, equipment, experience and skills. Her new Investigative Directorate head, Hermione Cronje, is not making it up when she complains (or explains) that the NPA is infested with what she calls “saboteurs” who stand ready in shady corners and dark filing rooms to undermine any and all efforts to bring to book those crooks who saw them appointed to positions of use to them when caught out acting corruptly. No wonder Cronje complains of overwhelm.

It ought to be plain to the president that strategy is not the issue. The issue is the restructuring of which his Minister of Finance, Tito Mboweni, speaks so passionately. The restructuring of the legislative framework in which the anti-corruption entity operates is the urgent business of government, not some working groups devising a national strategy to see off the corrupt.

The closure of the Scorpions (which had all the attributes the court requires except security of tenure), the hollowing out of the NPA and the inefficacy of the Hawks were all deliberate steps taken pursuant to the state capture project of the Zuma administration. The reversal of those steps is not the work of genius; it is the work of a parliament that has the necessary political will so obviously absent in the SONA2020 announcement regarding the need to rectify the situation as regards grand corruption.

It is not going to serve the interests of the country to await the NACS report. That report will probably see the light of day after the ANC’s mid-year policy conference. This poor, but deliberate, timing will, in all probability, lead to further delays in the ANC decision making processes leaving those desirous of getting on with the tasks involved in countering corruption high and dry for another year or more.

What then for the call for 2020 to be “The Year of the Orange Overalls”? Those who support the call need to get organised. The Ahmed Kathrada Foundation has already assembled thirty allies in support of the Archbishop’s urgings. This step is a good start that needs to be built upon. Business, civil society, faith based organisations, service clubs and all who value a peacefully secure, progressively sustainable and prosperous future for all must put energy into getting the state to put the corrupt behind bars.

PREMIUM: How world sees SA: Ramaphosa’s biggest job is to clean up corruption

All political parties represented in parliament must be asked to consider a private members legislative programme to bring about the structural changes needed to bring the operations of the anti-corruption machinery of state into line with the requirements of the law as laid down by our apex court. The members of the ANC who are not caught up in state capture must be lobbied to support the changes in legislation needed. The matter must be urgently debated in parliament. The members who are back-sliding on countering the corrupt must be exposed and criticised for their lack of spine to stand up for what is right. Developing the necessary political will is a matter of creating the occasion to put members of parliament before a stark choice between covering up for the corrupt and confronting the mischief makers. This process will be instructive as far as voting patterns in forthcoming elections are concerned. The voters of SA are not fools, they are aware that the poor among them, about half the population, are the ones who suffer most and even die due to the cancerous nature of grand corruption.

Draft legislation of the kind now needed already exists and can be found on the “Glenister Case” page of the website of Accountability Now. The political parties should study it, improve it according to their own lights, and present it to parliament for consideration as a matter of urgency.

Accountability Now is also, with the advice of senior counsel, developing a litigation strategy based on the binding nature of the existing findings regarding the STIRS criteria and the need to revisit the supposed “odious political posturing” which saw the Hawks remaining in SAPS to the ultimate detriment of the ability of the state to fight the corrupt.

It is intended to crowd-fund the litigation. NEASA has already indicated its willingness to participate in the effort required and BUSA has been asked for seed funding. Private individuals and small businesses can visit the donation portal on the website referenced above.

Rolling mass action against the corrupt is also possible. The fiery speeches in St George’s Cathedral on the eve of what was, for them, a disappointing SONA2020 are a good indication of things to come from citizens who are active, engaged and concerned about the trajectory of SA.