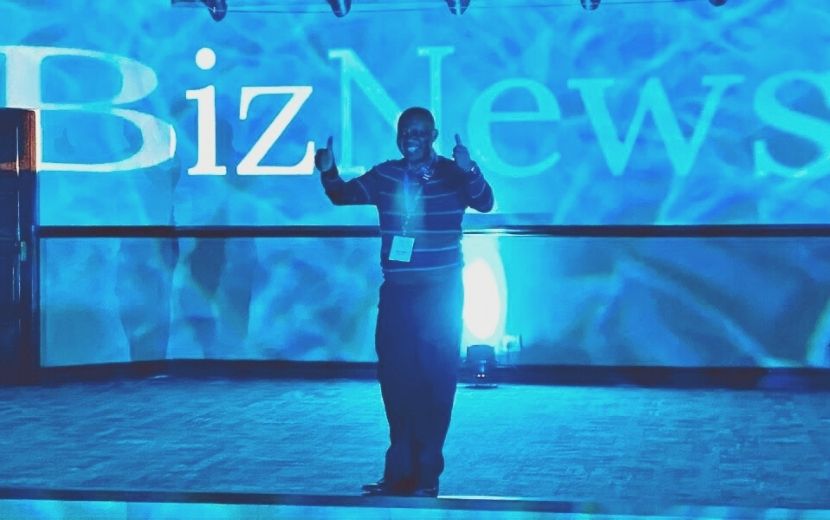 Former Johannesburg mayor Herman Mashaba was one of many distinguished speakers at the inaugural BizNews Investment Conference. The founder of ActionSA addressed myriad delegates, discussing the state South Africa finds itself in – and what needs to be done to restore the country and its economy once more. – Jarryd Neves

Hope, South Africans, is still alive in our country. It is not dead. It may have been beaten, battered, and bruised. It may lie injured in hospital beds – but like the South African spirit – it refuses to give up. Hope is not lost. We can get South Africa working, but like any turnaround strategy, we have to start by identifying the problem.

On Covid-19 and the vaccine rollout in South Africa:

Much has been said about the Covid-19 pandemic and the impact it has had on our country and its people. The loss of lives and livelihoods has touched everyone – directly or indirectly – [and] has been tragic. The management of lockdown regulations took a country that had been in and out of recession since 2012 and killed 25% of small businesses and over two million jobs. We have been beaten in the vaccine race by countries like Venezuela and Zimbabwe.

As a result, the world economy will be operating at full capacity while we South Africans will be waiting in vaccine queues. Promises of emergency procurement and stimulus packages were seen as nothing but the ringing of the dinner bell by the hyenas in our political system – who looted with impunity, laughing every time the president spoke of dealing with corruption.

On the need for reform in South Africa:

If we do not begin reform by 2024, we will be consumed by a national debt trap, declining tax base, and deepening levels of poverty. Secondly, and this is very important, the reforms that are needed to get South Africa working and for people to prosper – let me tell you something – the ANC must be out of government. It’s simple. Covid-19 did not reveal anything that has not been visible in plain sight for many years. It merely demonstrated the truth to us, in particular, clarity of vision when the stakes were highest.

We entered this pandemic with a healthcare system that was already producing horror stories. Children’s beds in the corridors and death in the waiting rooms. We entered lockdown with an economy downgraded to junk status, in recession, and with 40% unemployment. While our government was focusing on alcohol, cigarettes, and open-toed shoes, other governments were getting in line ahead of us to procure the vaccine.

When we were in lockdown – being asked to sacrifice our businesses and jobs – our government could not even honour the sacrifice by increasing doctors, nurses, beds, oxygen tanks, and ventilators. While our people were suffering, the ANC was looting and getting rich. Covid-19 just demonstrated what we already knew – our country cannot succeed as long as the ANC is in power. For South Africa to achieve the vision of a prosperous, non-racial, and secure future for all South Africans, the ANC must become part of the history of this country.

On challenging the ANC:

Nobody in the South African political landscape appears willing to challenge the ANC and remove them from office. I formed ActionSA and I will remain committed to this project for every minute of every day until the ANC is in the opposition benches of our country. You may think that is an impossible task. I want to say that it is possible – highly possible.

I put it to you that there’s nobody who has animated South Africans with a sense of belief and hope that their vote can matter. [That] there’s a party that can remove the ANC [so] that their lives can be better.

Let’s start with our economy. When our economy is growing, jobs are created. Fewer people need social grants, more revenue is collected to drive infrastructure, and social investment and tax breaks can be given to reinforce the cycles of growth. It needs unambiguous economic policy that leaves zero questions about the direction in which we are heading and ends the veto rights given to trade unions in our country.

It requires the reversal of our sovereign debt crisis to improve our investment grades and bring down the cost of debt servicing, which is currently more than what we are spending on education in our country. It involves the overhaul of our education system, a new curriculum, investment in school infrastructure and technology, the best teacher training colleges, and performance management of educations.

It means bringing together the greatest minds in our country and implementing the changes that will stabilise our electricity grid and unshackle ourselves from the anchors of SAA and Denel. It necessitates the easing of labour legislation and fines that come with it, because with our levels of unemployment, we cannot continue to appease unions at the expense of the unemployed South Africans.

It means unleashing the power of the private sector, the graduating young people to become entrepreneurs and providing real support to small businesses. It must see the low-hanging fruit of opportunities being seized by government – in part in partnership with the private sector.

On crime and corruption:

We have to establish the rule of law. No country has ever prospered without an established rule of law. Simply put, if someone commits a crime, that person – irrespective of who they are – must go to jail. Put differently, South Africa and the people need to stop being seen as soft targets for criminals.

We must achieve a day where law-abiding citizens live in peace and criminals live in fear. This means a new, modern police force supported by politicians – not interfered with by politicians. We must increase police presence. We must invest in CCTV technology that compounds the reach of the police, and we must build a resourced and modern detective force. Our courts must function, day and night [and] over weekends to ensure justice is swift and the victims actually see it working.

Without any question, we must have the return of the Scorpions with unfettered powers to investigate and prosecute corrupt politicians. We have to fix our politics. There’s something very, very wrong with our political system. Trust me when I tell you this. I’ve been in the system.

You would not employ a politician in the most basic positions in your businesses today.