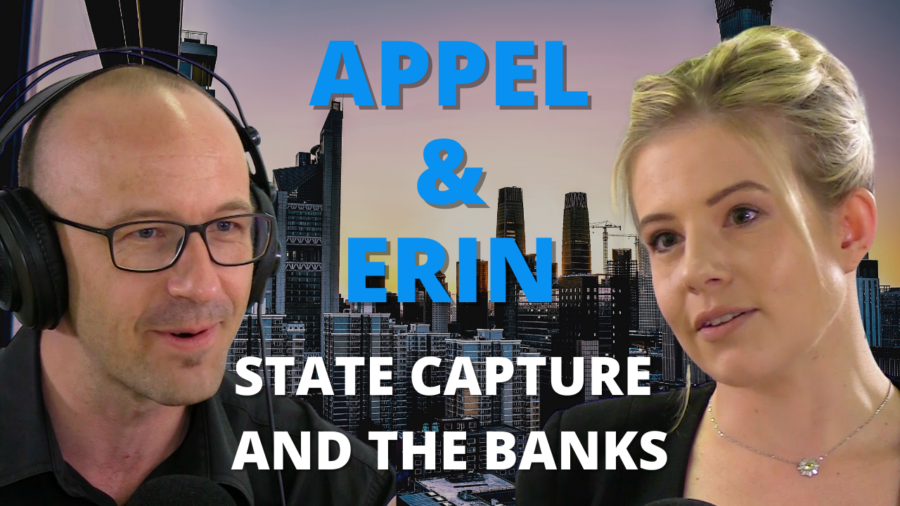 Depending on who you talk to, the state capture project cost South Africa anything between hundreds of billions and R2trn. We will never truly know the extent to which we – the taxpayers – were fleeced by the Guptas; their gracious host while in this country, Jacob Zuma; and the network of interconnected wickedness that did nothing but suck this country dry. Don’t misunderstand me, I don’t think the looting ended on a scheduled date either. It continues but possibly not to the in-your-face extent of bygone years. But that’s also naive. The PPE corruption was pretty predictable and played out with a new captain at the helm of SA Inc, Cyril Ramaphosa. No matter the amount of cash that disappeared under the so-called ‘state capture years’, it wasn’t chump change. It is simply too much money to move in a suitcase. Financial institutions are required to move that money offshore before you can divide and divert it to a host of separate accounts. It is money laundering 101 and the Guptas and their associates were – and probably still are – very good at it. It seems almost bizarre that financial institutions never had more safeguards in place to set off alarm bells when billions were transferred to offshore accounts for shell companies. In this week’s chat with Adv. Erin Richards, we take a closer look at the regulatory and legislative requirements within which financial institutions are obliged to operate. Richards questions how transactions worth tens and hundreds of millions – which should have been flagged as suspicious – flowed through the Gupta’s Standard Bank accounts for years. – Michael Appel

Adv. Erin Richards on the complicity of banks in state capture

There are so many people who are asking what is a very key question that unfortunately wasn’t adequately dealt with at the Zondo Commission. How did the money get through the banking system? If you cannot get money out of the country, there’s no corruption and there’s no money laundering. The banks are supposed to be the frontline to flag, investigate money laundering, and close those accounts when they flagged suspicious transactions. Unfortunately, we just haven’t seen that happen. If you look at a Transnet, for example, there were multiple banks HSBC, Nedbank, Standard Bank, all implicated in the illicit deals.

On some of the legislation that banks are governed by

The Financial Intelligence Centre Act (FICA) is the key piece of legislation that governs oversight of money laundering. Now what that act does is establishes the Financial Intelligence Centre, which is a centre inside National Treasury with an oversight function over the banks. Banks are accountable institutions, which have designated responsibilities to flag, report and ultimately stop money laundering. When an entity opens a bank account, the bank has a duty under that act to verify that entity. They must then perform due diligence on that entity and on that account. They must understand the business of their client, and they must perform ongoing due diligence of those accounts. If a bank suspects or finds suspicious transactions, it has a duty, under that act, to report it to the Financial Intelligence Centre. The Financial Intelligence Centre is then supposed to investigate and, if it suspects money laundering, it has a variety of powers to temporarily close accounts, or to get monitoring orders to keep an eye on those accounts. A bank can report suspicious transactions either to the South African Reserve Bank or to the National Prosecuting Authority for prosecution. The South African Reserve Bank, in turn, also has oversight functions, and it has the ability to instruct banks to close accounts if it suspects money laundering.

Ian Sinton was the former group general council at Standard Bank. When he testified before the Zondo Commission, there was very little by way of explanation, in terms of the processes, that Standard Bank undertook in canvassing and looking for red flags in these transactions. These accounts were used [by the Guptas] to launder money and were open for three, four, five years without any interference from Standard Bank or any of the regulatory authorities. We would have hoped at the commission to see some evidence or to hear an explanation as to why Standard Bank did not pick up on those on those red flags, but that evidence was not forthcoming.

On Standard Bank’s involvement with Regiments and McKinsey at Transnet

Between 2012 and 2015, McKinsey was awarded eight contracts by Transnet and that totalled about R2.2bn. McKinsey partnered with Regiments as their empowerment partner and paid Regiments 30% of the R2.2bn. Of that, 30% was laundered out of Regiments’ accounts to a variety of other accounts. Most of those funds went to an entity called Homix, which was a shell company. And from there, the majority of funds went into an entity called Bapu Trading, also a shell company. After that, the money went cold and disappears as happens with money laundering. We know the money started flowing into the Homix accounts in about 2014, and we also know that Regiments, Homix and Bapu Trading all had accounts with Standard Bank.

On banks missing all the ref flags for money laundering

The head of financial intelligence at the SARB said it’s inexplicable that a bank like Standard Bank did not pick up on these red flags because it was hallmark money laundering. If it is true the banks have these algorithms monitoring these transactions, that is definitely something those algorithms would have picked up on. When there is a deposit of R20m into a shell account that has no trading history, and all of a sudden it’s spirited away within a matter of days into a whole lot of smaller accounts … money laundering signs and red flags don’t come clearer than that.

On the power of the banks to terminate accounts

Technically my bank could come to me today and say, “Erin, it’s been fantastic, but we’ve decided we no longer want to work with you.” In terms of the law, as it currently stands, they don’t even owe me an explanation. They can simply just terminate. This grants extraordinary powers to banks and there are two sides to that coin. On the one hand, we want the banks to have the power to shut down accounts; for example, when they suspect money laundering. OK, but that power can also be abused, and it can be extremely disadvantageous to individuals and corporates. My instinct says we do want the banks to have that power, especially given the fight we have against money laundering, but it needs to be properly regulated and managed.

On banks being the ‘biggest spoke’ in the state capture wheel

In order for money laundering and corruption to be successfully carried out, you need to be able to get the money out of the country. So, if you can’t get past the banking system, well, then that’s a massive safeguard in your favour. More questions need to be asked and I was hoping that some of those questions would be asked at the Zondo Commission but unfortunately, they weren’t. One of the biggest questions is to call those implicated banks like Standard Bank and ask how they missed those red flags. Did they miss them and how did they miss them? And why did they wait so long to close the accounts?