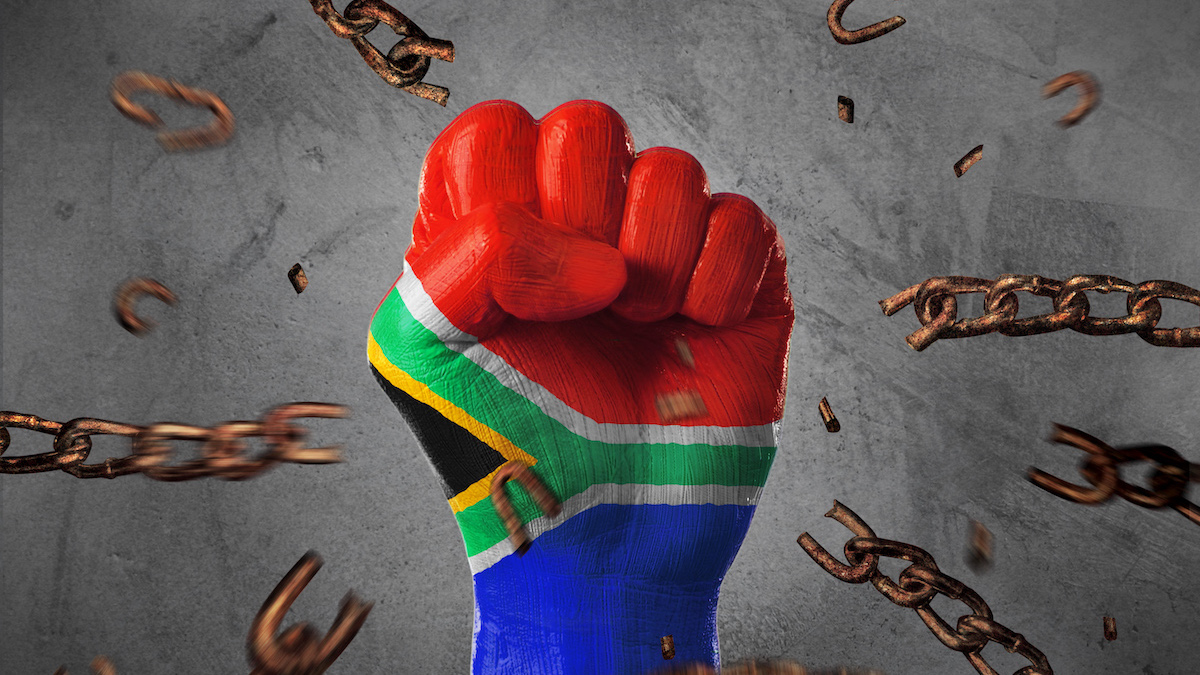 For over a decade, Dr Frans Cronje was SA’s party pooper. The former CEO of the IRR was perceived as an arch pessimist, a man guaranteed to prick bubbles of optimism before they could inflate. He regarded himself merely as a realist, sharing the harsh truth because anything else would have been dishonest. Cronje’s prescience when the country has slid into its darkest period adds considerable weight to the credibility of his forecast of a political transformation that is set to unleash SA’s undeniable potential. In this fascinating podcast, Cronje explains to Alec Hogg of BizNews how he reached his Phoenix rising conclusions, shaped by deep polling of ANC voters, a bloc now busy divorcing itself from a party it regards as useless, incompetent and corrupt. The future, he predicts, will be governed by a German or Israeli-type coalition – a unique situation for a nation which for 400 years has been subjected to a dominant, often abusive ruler.

I left the IRR in very good hands, so amazing people there. Fantastic new CEO, John Endres. I was there for almost 20 years. You must go before they ask you, what are you still doing hanging around? I’m on my own now and run my own group and give advice on things. And on the side, a small group of us have put together a little think tank. It’s very small, very modest. It’s not our scale of operation. It’s a small band of people who are very interested in what is happening in the country and in identifying solutions. It’s called The Social Research Foundation and what it does, it produces proposals on policy for the country, and sends them out. It doesn’t seek great publicity or noise or the cut and thrust. The public debate sends it out to key people who make decisions about South Africa: diplomats, businessmen. Any person who’s interested is very welcome to be apolitical, entirely apolitical. This is pure. This is straightforward, the policy solution.

I was optimistic a year ago, but very optimistic now. I made a lot of calls that were right over the years and were quite hard. Fifteen, 20 years back, we could see that the successes that had been achieved in the first decade as a democracy were starting to become brittle. And we could see just at the end of that Mbeki era that South Africa was set up for a harsh couple of years ahead. We are near the point potentially of a transition of significance comparable to that of what we went through in the 1980s, in the 1990s. Of course, historically it’s not as significant, but I think it’s there. And I think that I could make a very sound case today that South Africa’s prospects are looking up, on the same cold, hard analysis of the data and the facts. You can see society changing and the potential for change for the better is now very, very great.

Well, the hard numbers now are sitting at 46. Very hard to win off that. And if you remove the Ramaphosa factor, we vote for the ANC for many reasons, including we hope that he will change. If you remove Ramaphosa, the ANC goes to between 30 and 40. And the infighting and conflict there will be tremendous, accelerated by the loss of patronage; you lose the jobs in the cities, the parastatals, the budget deficit, squeezing the cash flow that sustains the party so the ANC can very, very quickly fall very, very far. Can it win 50% in another election where these conditions are met? if the opposition parties cause public confidence in the coalition option to fall so far that the voting public sees the coalition as a comparable kind of option to that of the ANC infighting, ineptitude, squabbling by distant people who don’t care about us. The ANC’s best option is to discredit the idea of coalition in the minds of voters.  Maybe then it can squeeze its way through one more time.

We are seeing a disintegration of the party. Well, what does it need to sustain itself? Think of the hard stuff. It’s run out of money to finance itself. Doesn’t pay the salaries of the staff. It’s pandemonium. It’s run out of electricity to run the country. It’s run out of international credibility. I mean, everyone might be very polite, but from the west through to the east, the sense of the ANC is astonishment at the ineptitude and incompetence. So not a serious place anymore. When it came to power, it was carried on the shoulders of the media and civil society. People read the headlines on a Sunday. I mean, it’s devastating. It’s condemnation from the people that had held it in high esteem. It had vast public support. Now, I’ve given you the numbers. What is there that it has that would convince you that it’s got another good decade ahead? The calibre of the people is not what it should be.

Look, installed capacity of 40,000 megawatts. We produced 25,000 on any decent day of the week. That’s less than we were producing a decade ago. Then some private estimates out of the Eskom world that the shortfall within 10 or 20 years could be more than we currently produce. My own estimates are that a decade from today, even if the coal stations are saved, the shortfall will be about 20,000 megawatts. So that’s 75% of current production.

It’s wholly naive to think that this is a solution that’s capable of seeing South Africa sustain the economic growth that we’ll need over the next 20 or 30 years to take the current unemployment rate down to sub 10%. The most telling comment in Mr. Ramaphosa’s address was that if we get this right or something along these lines, we will be able to keep loadshedding at the lower levels. This is not a plan that saves us, the plan that saves us is 20,000 megawatts of baseload built in the next decade. There are ways of doing that – one is gas. But at the moment, we don’t have the gas in the pipeline, so it’s a bit far away. The second one is coal. We have coal. Eskom is less an energy company than a coal burning company, but coal is dirty and problematic and our Western trade partners are going to punish us if we set up coal stations in the same way that they are doing now to save themselves in their energy emergency. That leaves the third option. It’s nuclear, a big nuclear build, 20,000 megawatts tendered by the Europeans. The Americans, the Chinese and the Russians. And the deal is you put this stuff up. No CapEx from South African taxpayers. You build it on your own. We won’t interfere and we will guarantee offtake agreements for you. If that’s done in the next ten years, we’ll get out of trouble.