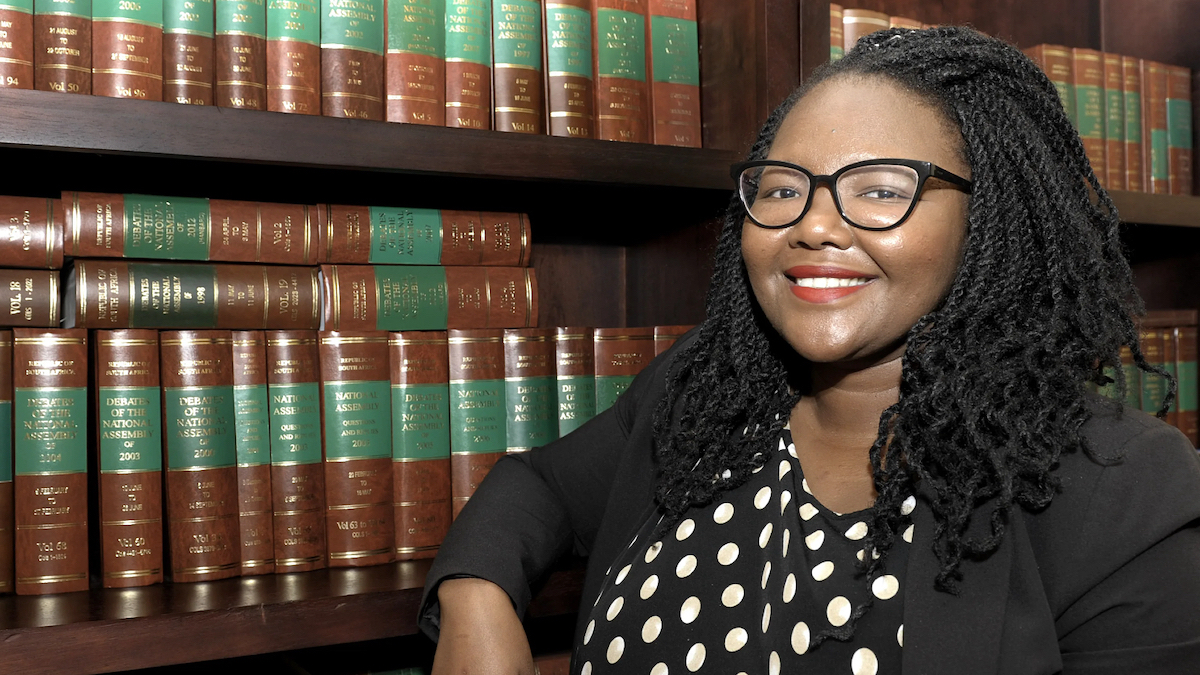 The DA remains adamant that an ad-hoc committee is the most appropriate and effective means through which to hold President Cyril Ramaphosa accountable for the allegations stemming from the Phala Phala robbery in February 2020. But in July this year, National Assembly Speaker Nosiviwe Mapisa-Nqakula denied their request, citing other organs of state which were dealing with the matter. Meanwhile, the Speaker announced that she would refer the African Transformation Movement’s (ATM) Section 89 motion – to impeach Ramaphosa – to an independent panel composed of three panel members. DA deputy chief whip Siviwe Gwarube told BizNews parties have until 1 September to put forward their nominations for the panel. She argues that a newly announced probe into the Phala Phala matter by the Joint Standing Committee on Intelligence (JSCI) would be limited in its scope, probing only two aspects. These include deputy state security minister Zizi Kodwa’s alleged involvement in a cover-up, and the abuse of intelligence funds. Ramaphosa would be spared scrutiny by the JSCI, which operates behind closed doors with all committee members sworn to secrecy. Should the Section 89 Committee find a prima facie case for Ramaphosa’s impeachment, Gwarube explains it will require a two-thirds majority to boot the President from office. – Michael Appel

As the country learnt over the past couple of months about the robbery that took place on the president’s Phala Phala farm, the reality is that there are a number of questions which remain unanswered by the president and state institutions. And we’re of the view as the Democratic Alliance, that we have found an alliance with the other opposition parties on this. It is quite important for parliament not to abdicate its responsibility, but to be at the forefront of seeking  answers. One of the things we were heavily criticised for as Parliament during state capture was that Parliament essentially stood by and in effect, its inaction aided and abetted state capture.

As the DA we’ve long held that an ad hoc committee should be established to ascertain the facts. Now, if we are to delineate what an ad hoc committee would do versus what the Section eight and nine enquiry that the ATM has moved for – an ad hoc committee would essentially be a multi-party committee with the power to subpoena various people, subpoena government ministers, law enforcement agencies, and essentially ask the relevant questions that we need answered. And while, yes, ultimately the matter will go into the report to Parliament as the House and will be voted on, ultimately we believe and still do that it will at least shine a light on what we believe happened on the farm. However, of course, the ATM has written to the Speaker asking for a Section 89 enquiry. How that is different from an ad hoc committee? A Section 89 enquiry gives effect to Section 89 of the Constitution, which essentially talks about the impeachment of a president. And up until a couple of years ago, there weren’t rules in Parliament which gave effect to this. We have since rectified those. And now the rules of Parliament say that the Speaker ought to put together an independent panel of three that will look at the evidence submitted to it is and make a determination on whether, in fact, there is prima facie evidence for parliament to institute impeachment proceedings, and then an impeachment committee will be put together.

On the preference for an ad hoc committee to be established

It has to do with transparency, because, of course, the Joint Standing Committee on Intelligence is bound by confidentiality. So that means that the two matters that the Speaker has since referred to, the Joint Standing Committee on Intelligence, those issues and those deliberations are behind closed doors. Even some of our members who are in the caucus are not allowed by law to discuss the findings or the deliberations, what they call. And so our view was that this matter has gripped South Africa and is of the public interest – for not only the president, but also for parliament to be seen to be doing its job. And we still do not think that this is the correct course of action – sending this matter to the Joint Standing Committee. Of course, the Speaker has been quite specific in really limiting and having a narrow reading of what we asked her to do. And she’s essentially sad because some of the allegations pertain to the Deputy State Security Minister, Zizi Kodwa. Those are what the Joint Standing Committee on Intelligence must look at in particular. But of course, there’s a multi layer of questions that need to be answered. There’s issues pertaining to other governments on the continent, those issues pertaining to potential torture on the property, foreign currency on the property. There are issues relating to state institutions that we use to do basically covert investigations. It is not just this which needs investigation.

As the official opposition we’ve long pushed to say it’s absolutely crucial that the presidency itself has a portfolio committee that looks at the work of the president, that looks at the work of the presidency. And in the absence of that, it means that matters pertaining to the president are then a little bit lost as to which portfolio committee would particularly look at it. That’s why we were of the view that because this is a multilayered, multi departmental, multifaceted scandal, in a sense, this requires an ad hoc committee which will have a lifetime, a specific project time, which will report to the House. And whatever the findings of that ad hoc committee could then  form the basis of either a motion of no confidence or impeachment proceedings. That is how we had seen it. And also we relied on the precedent that we had seen, as you will remember, during the Nkandla scandal. That is how Parliament dealt with the matter, where they had to get the Public Protector’s report and it was on the basis of that report that an ad hoc committee was established to essentially tease out some of the things that came out of the report. But of course, we can’t throw the baby out with the bathwater. It’s important that we play with the cards that we are dealt. We will be participating in the Section 89 enquiry and we will be submitting our nomination for the panel and we will be participating and looking at that process very clearly. And we’ve said, while we differ on the strategy, a strong opposition is good for democracy. A united opposition on particular matters that pertain to the functioning of Parliament is good for democracy. So we will work together in the sense that we will be able to say we will still support the functioning of the Section 89 committee.

Yes. So she has indicated to the ATM that she has granted the establishment of the independent panel. She has given political parties until the 1st of September to submit the nominations. We are assuming that perhaps in a week or two after that, she will then constitute the panel. And of course, it’s also important to note that it’s an independent panel. I mean, I think all political parties would perhaps try and and nominate people who perhaps have a legal background or retired judges and the like, as the rules indicate, that retired judges can take part in this, because, of course, you want people who are going to be as important as possible because that person lives or dies by those three people. Should the panel decide that, in fact, there’s no prima facie evidence to continue with this impeachment proceedings, that process halts there. So it’s quite important that one pays attention to that panel and the work of that head.

On what would warrant an impeachment process for the president

The impeachment process requires a two-thirds majority. I can see that it’s a much higher threshold, for instance, than a motion of no confidence, whereas the motion of no confidence requires a 50 plus one majority. If your president has gone through an impeachment committee, I think at that point it’s going to be very, very difficult for the House to vote differently once an impeachment committee has found that there has been a gross violation of the law. And so if the process goes past the panel and goes to the process of it really is an established impeachment enquiry, then I think that you’ve got a very good chance – because of course then you would have established that a law was broken and in order for you to impeach a president, you simply need to prove that a law has been broken, because of course he’s the number one citizen. And if he broke the law, I think any political party, including the governing party, would have difficulty defending a president that has broken the law publicly. But of course, one never know: these are the key differences, as you see with the two separate processes.