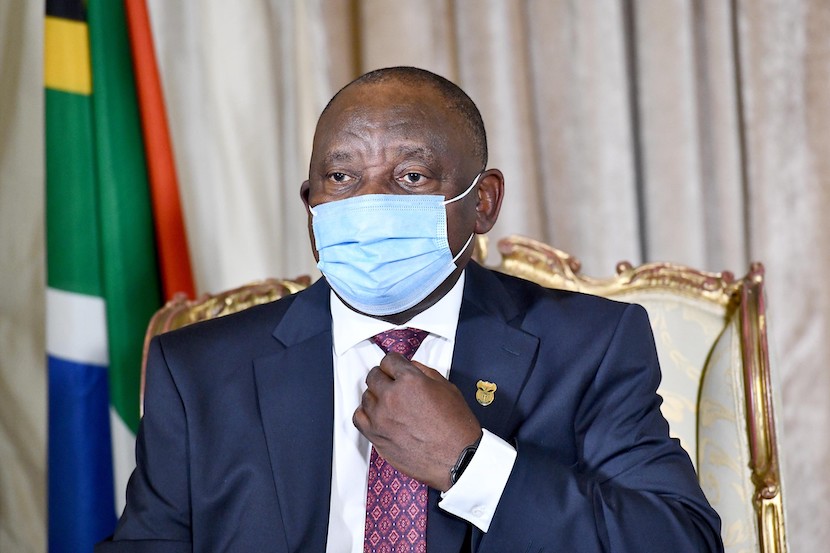 The South African Government can be accused of many things but, in this instance, inconsistency isn’t one of them. Transparency International found very little was done to fight corruption in 2012, and nothing much has changed 10 years on. This despite emerging from the so-called state capture years under former President Jacob Zuma, to the ‘new dawn’ of Cyril Ramaphosa. A dawn that claims to be delivering change, albeit at a tectonically slow pace. Somedays it feels like we’re pedalling backwards as critical indicators have skyrocketed: unemployment, inequality and crime. The trio of social ills our government claims to battle with every breath. We’re not without our dubious honours, though. In two of the three categories, we are world leaders: inequality and youth unemployment. The Corruption Perception Index (CPI) is an annual report released by Transparency International that focuses, in particular, on perceptions of corruption within the public sector worldwide. According to Corruption Watch’s executive director Karam Singh, in 2012, South Africa scored 43, ranking 69th out of 176 countries assessed that year. Almost a decade later and the country sits at a “dismal 44, the same as last year, dropping one place in rank to 70 out of the now 180 countries”. In his weekly newsletter in early August 2020, Ramaphosa stated, “Corruption during a national disaster is a particularly heinous type of crime, and perpetrators are going to be dealt with decisively and harshly.” A Special Investigating Unit (SIU) report – detailing the feeding frenzy that went on between April 2020 and September 2021 – has been released. It found 62% of the government’s Covid-19 PPE spend to have been irregular. Put another way, only 38% of the money spent by this government on PPE tenders over a 17-month stint was legal, justified and in line with prescripts. Yet another report – not to mention Part One of Zondo’s findings – detailing widespread criminality has landed on the NPA’s doorstep. The scantily resourced prosecutorial arm of the state will have its hands full trying to do more with less, while the public pressure to see a high-profile politician (preferably one not immediately released on medical parole) in orange overalls grows greater by the day. – Michael Appel

Karam Singh on a decade’s stagnation

What we’ve seen over a 10-year period is not a lot of movement in terms of the perceptions, getting either much worse or much better. The picture that’s being painted is one of a sort of stagnation when it comes to our progress in the fight against corruption.

On matching actions with rhetoric

We have seen some progress re-establishing institutions of our democracy like SARS, to a certain extent, the Hawks, to a certain extent, the National Prosecuting Authority. Despite getting some of those institutions onto a better wicket with new and invigorated leadership, we’ve seen a host of new corruption scandals in this period, unrelated to the so-called era of state capture, such as the PPE procurement corruption over the last two years. It’s not clear that we’re in a ‘new dawn’. It’s not clear that we’ve turned a corner, and it’s certainly not clear we’re matching our actions and our progress with the kind of rhetoric we hear.

The #CPI2021 proposes a number of recommendations for people to demand of their governments in order to end the vicious cycle of corruption. The priority in the South African context is the need to uphold the right to information in government spending: https://t.co/p9kAGRhMXz. pic.twitter.com/ta6h95HZXw

On procurement as a looting opportunity

Whenever a significant amount of money is being mobilised by the state to address an issue, there’s more than just budget leakage. There is a kind of systemic attempt to divert that money into private hands. We’ve seen this going back to the arms deal, which was in the first administration of the first democratic government in South Africa, going back to the 1990s. We know how corruption functions. If you [look at] SIU reports going back over 10 years, they can tell you procurement was a huge area of vulnerability. We haven’t built up the right capacity within the state to really address the problem. Hopefully, there is some new impetus with the findings of the Zondo Commission.

On corruption stagnation as not unique to South Africa

There has been a slide globally around democracy and democratic standards. This isn’t necessarily unique to South Africa. We see in many jurisdictions round the world – in the developing world and eastern Europe – a kind of slide towards authoritarianism. I think with that decline in democratic standards, there are greater vulnerabilities for corruption because those are systems that are not particularly interested in principles around transparency and accountability.

On NPA having its hands full

There was a strong tone coming from the NPA of mea culpas and apologies. It was trying to sensitise us in civil society to the real challenges they face. I remember when Hermione Cronje came in as head of the Independent Directorate, she and the National Director of Public Prosecutions spoke about the challenges of recapacitating the institution. It is kind of [like] fixing the plane while you still need to fly it. The NPA has its work cut out for it. But we have received all the assurances that these cases will be prioritised. We would expect to see some progress in this space over this immediate period.

The journey of #whistleblowers in South Africa has increasingly come under the spotlight, including the devastating consequences that have followed a disclosure

We need a much stronger system that promotes whistle-blower protection. We are beginning to see the types of recommendations thinking about how to incentivise whistle-blowing. Whistle-blowers need to know there is a place they can go within the state where they can be safe, where their complaints can be received, and where there can be an assessment of their safety. This issue has to be on the table in terms of our broad approach to the types of anti-corruption reforms we want to see going forward.