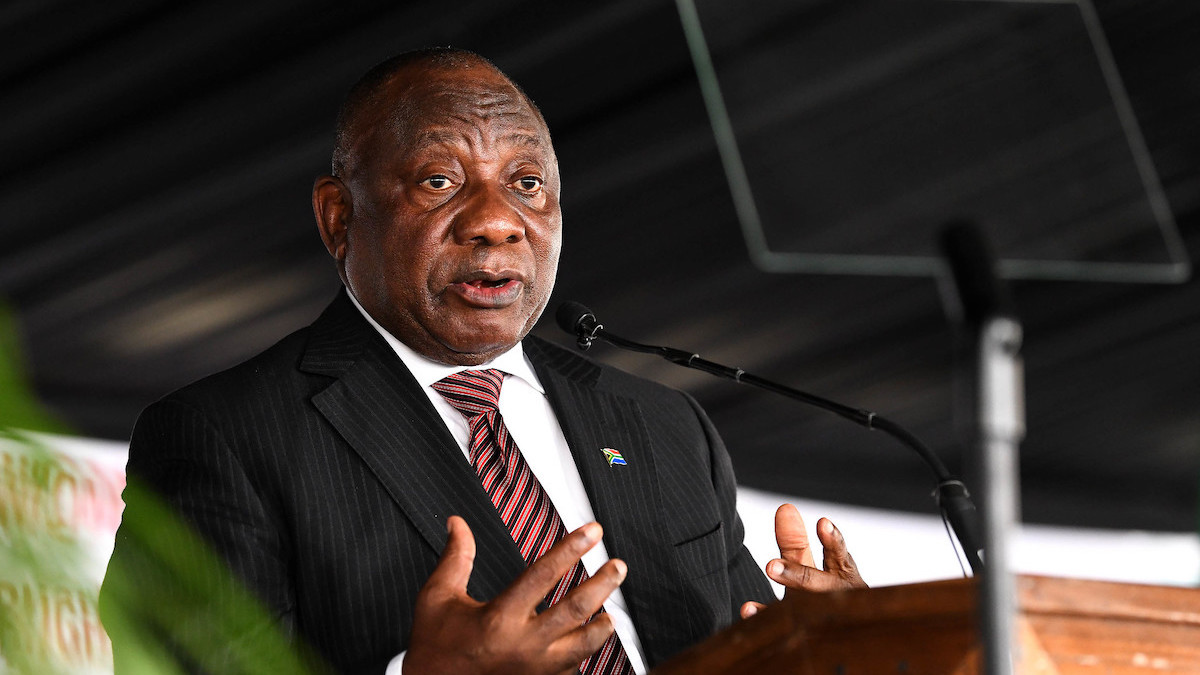 The DA has announced it won’t support a joint opposition bid to bring a motion of no confidence – referred to as a MONC – against embattled President Cyril Ramaphosa…at least for now.

A group of opposition parties on Wednesday announced they will be approaching the Speaker of the National Assembly, Nosiviwe Mapisa-Nqakula, in pursuance of a secret ballot for a MONC against Ramaphosa.

EFF leader Julius Malema also called on the Public Protector to release its report on the Phala Phala farm theft and plans to picket outside the PP’s office on 9 September.

“We have assembled a team from amongst ourselves to hold a bilateral engagement with the DA to discuss and finalise the motion of no confidence as a complementary measure to holding Mr. Ramaphosa accountable. We believe that, as the leader of the opposition in Parliament, the DA should table the motion,” says Malema.

On 5 August, the African Transformation Movement (ATM) welcomed the initiation of a Section 89 Inquiry – kick starting impeachment proceedings against Ramaphosa – stemming from the Phala Phala allegations.

Deputy Chief Whip of the DA, Siviwe Gwarube, says: “Moving a MONC simultaneously with the Section 89 inquiry will undermine the results we seek from this process. Additionally, we believe this would signal that we have no confidence in the Section 89 Inquiry process.”

A Section 89 Inquiry is chaired by a panel of three independent legal experts who must be constituted after nominations from political parties. The panel then has 30 days in which to conclude its work and report back to the National Assembly as to whether a prima facie case of wrongdoing has been found. A simple majority (50% plus one) is then required to establish an Impeachment Committee that will produce a report. If that committee recommends the president be impeached, a much higher threshold of a two-thirds majority in the National Assembly is then required to remove Ramaphosa from office.

Malema says: “We will jointly and individually submit the names of former Judges Mogoeng Mogoeng, Dikgang Moseneke, Bernard Ngoepe, and Yvonne Mokgoro to the Parliamentary Section 89 independent panel that will investigate the conduct of Cyril Ramaphosa.”

On top of the Section 89 Inquiry, the Speaker announced that the Joint Standing Committee on Intelligence (JSCI) would be probing the Phala Phala theft matter. Two specific allegations, in particular, will be investigated. These include whether Deputy State Security Minister Zizi Kodwa knew about the February 2020 robbery and opted to keep it “a state secret, rather than reporting the matter to the appropriate authorities.” And secondly, whether a “secret crime intelligence fund was used to finance the undercover operations which traced the thieves, with the goal of recovering the stolen money”.

But News24 reported that the probe by the JSCI is bound to go nowhere slowly because the Inspector General of Intelligence (IGI) post remains vacant and has been so since 15 March. A new IGI candidate must obtain a two-thirds majority in the National Assembly to assume the position.

DA’s leader John Steenhuisen’s request to the Speaker to establish an ad-hoc committee has been denied. Gwarube says the party is meeting with its legal team to explore their options both legal and parliamentary.

“This is important because it is the only way we can ascertain the facts around what appears to be a grand cover-up by the President and those who are connected to him on this matter. An ad hoc committee will have the powers to summon witnesses, conduct oversight and truly uncover the facts that are being hidden behind processes. This is why we intend to challenge the Speaker’s ruling in this regard.

“It is based on the reasons above that we cannot support moving a Motion of No Confidence in the President at this stage; without the crucial evidence we require from an open and transparent ad hoc committee. We do believe that we can – through the processes already underway – obtain evidence which will be crucial for any MONC in the future,” says Gwarube.

While the DA wants individual processes to run their course, the ATM is throwing the kitchen sink at Ramaphosa in what it calls a “multi-pronged approach”. It lists four processes currently underway including pushing for a secret ballot to be used in a MONC, the Section 89 Inquiry to impeach him, a complaint against Ramaphosa with the Public Protector, and collaborating with opposition parties to “hold Ramaphosa accountable”.