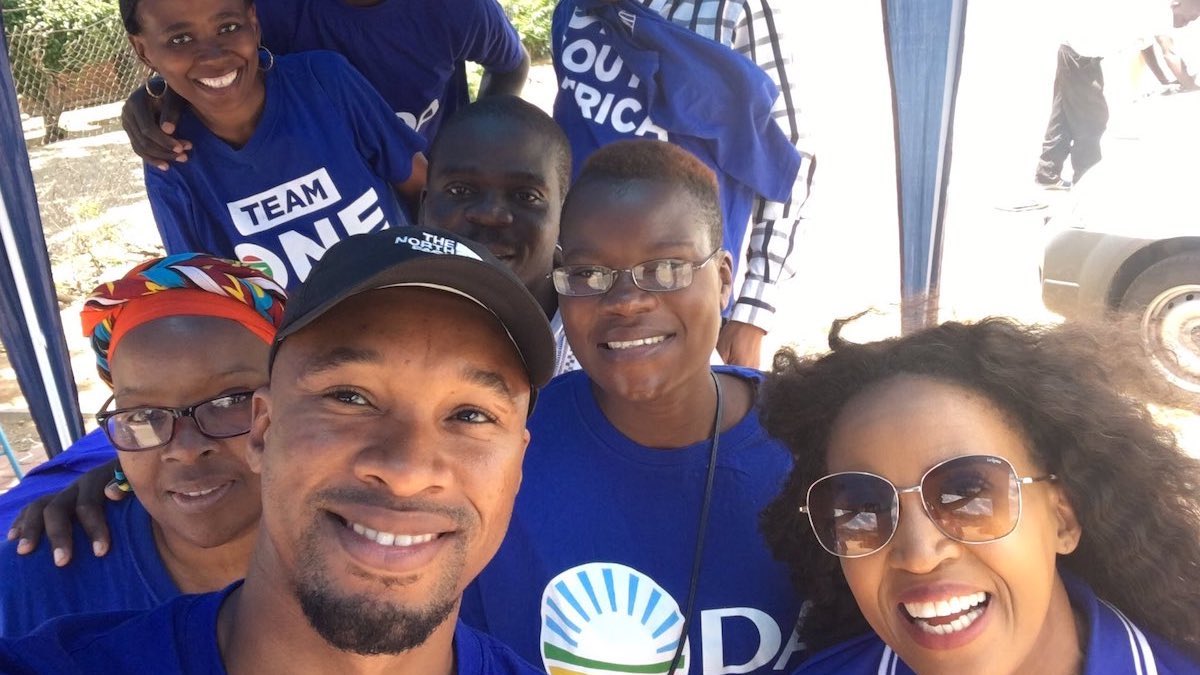 A political tussle is playing out in the City of Johannesburg, following the recent booting out of the DA’s Speaker Vasco da Gama in a motion of no confidence, with mayor Mpho Phalatse ultimately the next target. Da Gama’s ousting was made possible by certain councillors from smaller parties breaking the multi-party coalition agreement, by voting with a motion brought by the PAC (as a proxy for the ANC) to remove the speaker. Cope councillor Colleen Makhubele – who presides as the Chair of Chairs in council – regards herself as the “acting speaker” and has called a special sitting on 13 September. DA deputy caucus leader Bongani Nkomo tells BizNews the party is headed to court on an urgent basis seeking to interdict Tuesday’s planned special sitting from taking place. Nkomo says the acting speaker’s role falls to the city manager and not Makhubele.

In the past two weeks we had a council sitting where there was a sponsored motion of no confidence proposed by the PAC. But obviously, as much as it’s brought by the PAC, we understand that it’s manufactured and led by the ANC where there was a motion of no confidence put forward on Speaker Vasco da Gama. Some of the reasons cited were his abuse of power and his failure to control council sittings to the point where specific council meetings descended into chaos. So that happened, and, you know, in the days leading up to that, we met with our coalition partners and were given the undertaking that they support the multi-party government as well as the coalition agreement. We also had a meeting with the multi-party partners an hour before the actual meeting, in which they emphasised that we have their support. But when it came down to the vote, a different scenario altogether played out where we saw some of our partners voting in favour, which essentially resulted in the removal of our Speaker, Vasco da Gama.

On specific individuals who have abandoned the coalition agreement

I need to re-emphasise that it was specific individuals within specific parties. If I can give you an example, the ACDP has three members. Two of those members voted in favour of the motion, the IFP had seven; one of those members voted in favour of the motion. We are convinced that it’s individuals that chose to basically abandon their conscience, abandon the coalition agreement and obviously abandon the residents of the city of Joburg. We understand that specific parties have taken steps to recall those councillors, and obviously the internal processes are in place to call those councillors to order. If I can give you another example, the likes of ActionSA, we had a councillor that couldn’t account for his whereabouts. They have subsequently removed that councillor and have relieved him of his duties. So, those are some remedial steps that have been taken but obviously we’ve got a coalition agreement that has legal ramifications in terms of the coalition partners not adhering to what we agreed. But as I said, it was specific individuals. I think it’s premature now to basically create the perception that we are not united and that we are not still in favour and here for the residents of the city of Joburg.

The removal of the Speaker is the first step, in my opinion, to remove the mayor. So, what happened in programming, where all the motions are submitted, is there was a motion against the mayor submitted simultaneously with the motion to remove the Speaker. Obviously, that was choked off due to some technicalities. But you asked me what her intention was? We’ve been trying to understand what her intention is, because even the Cope leader has come out to say she’s acting in her own capacity. She claims that she’s got the support of the region, but clearly she’s taking advantage of the uncertainty and the infighting in Cope. But I can tell you that Colleen Makhubele strikes me as somebody who is very ambitious and somebody who is hell bent on giving power back to the ANC for reasons we are unsure of at this present moment.

On the nine-party coalition agreement in the city of Johannesburg

I think we must understand that in the city of Joburg we have a nine party coalition arrangement, and that was brought about due to the fact that no one party was given a particular mandate from the voters to come in, which is a very different situation to what you’ve described now. And further to that, the reasons that have been cited by Makhubele. One of those reasons being that smaller parties are basically hamstrung in terms of making decisions and making a meaningful contribution, which is totally incorrect, because there are a number of platforms where one smaller party can voice their grievances and concerns. Two of those platforms I sit on, and Colleen has never mentioned her unhappiness with regards to how things are being done. She runs the chair of the chair’s office, which is quite central to oversight. She oversees the chairpersons of various committees. I am one of them in economic development. So, she has ample opportunity to contribute to the change that she would like to see. She has ample opportunity to voice her concerns in terms of the delivery in the city. Another example that I can give you: you have a situation where specific parties hold certain portfolios. For instance, ActionSA has transport, it has safety, it has economic development. You have the IFP, which holds housing, and then you have the Patriotic Alliance, which has health and social development. So, when we come together, we are all given a meaningful platform to contribute to the running of the city. We all have an opportunity to, as I said, to state where we are unhappy and find each other, because at the end of the day, this is a marriage. It’s a nine party coalition never seen before and there will be hiccups. There will be certain situations where we don’t agree, but we must always come back to what brought us to this agreement and this arrangement in the first place. And that’s for the well-being and the betterment of the residents of the city of Joburg.