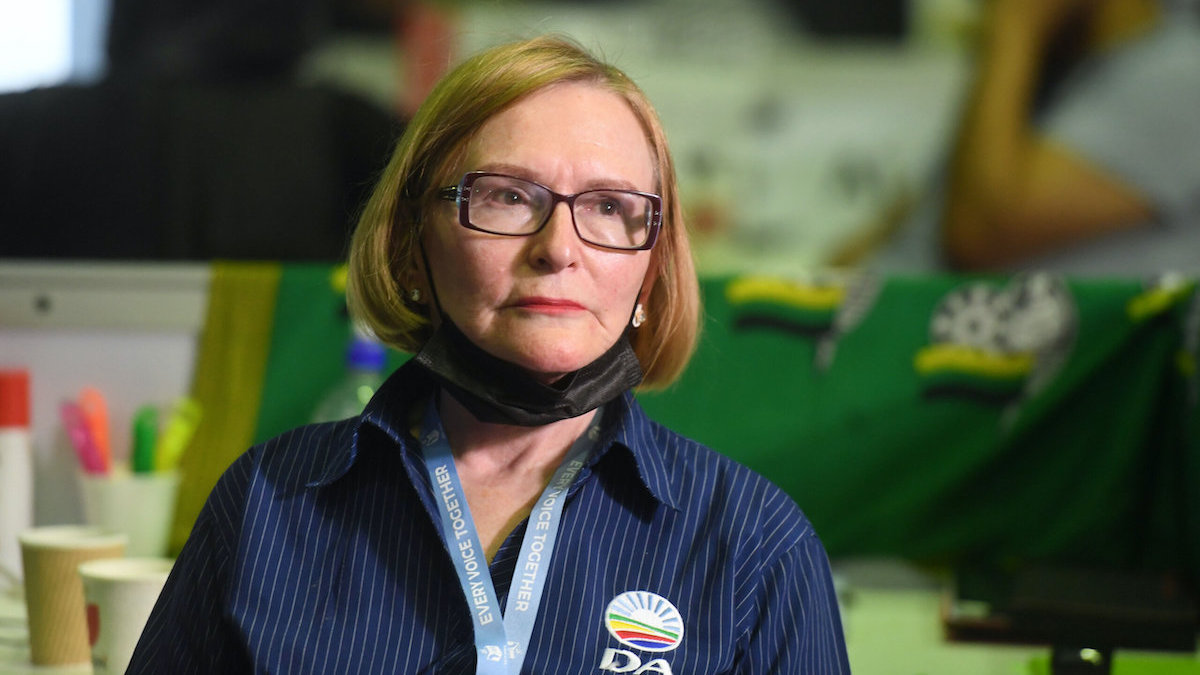 In this wide-ranging interview, political heavyweight Helen Zille unpacks the thinking behind a multi-stakeholder group established this week which intends wresting power away from Pretoria to the Western Cape government. There are segments in SA’s Constitution which argue that in areas where the State is failing, there’s a legal obligation on local government to take over. Leading the brief is police services, but its focus also includes restoring the collapse of rail services – and the ability of the provincial premier to call referendums. Zille spoke to Alec Hogg of BizNews.

Municipalities have a constitutional responsibility to reticulate energy. And electricity specifically, but you cannot reticulate electricity if the national government is not generating electricity. So in order to fulfil your own constitutional mandate, you have to be able to fill in when the national government is failing. And that is what we increasingly want to do. We are dealing with an increasingly failing state at national level. And we have competent states in the Western Cape province and in the city of Cape Town, as well as many other places where the DA governs. We want power devolved to where the capacity exists to fulfil those functions that are the constitutional right of citizens. That is what we’re doing.

The time is right now. I think the failing state is on full display. I think we’ve had an example of the lead from law enforcement officers that have been pioneered in the Western Cape and specifically in the city of Cape Town that have had extraordinarily good results in bringing down violent crime. They are tiny numbers compared to the South African Police Service, and yet they’re having enormous effect and they are significantly more trusted than the members of the police services in the communities. And so in the kind of context that you have now with massive loadshedding, with an admission by national government that they’ve got to rely on renewables, with all the red tape and barriers that Pretoria throws up every time there is an innovation to actually get proper renewables into the grid, and the failure of the South African Police Service. These are just two examples where it’s obvious that a capable state in the Western Cape or in the city of Cape Town will step into the breach and then pick up the services that the national government is failing to deliver. That’s why now the time is ripe: it’s a perfect storm.

On the partners in the devolution process

Let me specifically say that this is an initiative of all of these groups together. It’s not the DA saying this is what we are going to do. But the DA believes very strongly in what is known as the whole of society approach. The whole society is obviously profoundly impacted by state failure. And we are very committed to enabling people who vote for the Democratic Alliance and vote us into government to be immune to the failing state. That’s our job. They vote for us because they expect service delivery. Now, when things can potentially be a constitutional mandate, such as electricity generation and supply through renewable sources and for example, a metro police and a provincial police force, then we get on and fill that vacuum. And of course, because we owe that to people who voted for the government, we are bringing on board the whole of society that is interested in seeing that outcome as well. So this is an open forum. It’s not a closed forum. And anybody who wants to join us and who believes that we need the devolution of these powers to make sure that people can live in a capable state – and to be sure that people can be immune to the failing national state – can join us. It’s a very open ended group, not opposed whatsoever. Currently we have many different groups, so for example, Action Society is Ian Cameron’s organisation which is very involved and very keen to be part of this devolution process. There is the Independence Advocacy group. There is the ACDP as a political party, is the Freedom Front Plus as a political party, there is ourselves, there’s AfriForum – a whole range of people who are very concerned with state failure and who are absolutely committed to working together to prevent people from having to live with the consequences of a failed state, especially where they did not vote for the failing state.

The DA’s position on this has not changed. We do not support secession. We love South Africa. The whole of South Africa. And we work non-stop to try and persuade people to vote for good government everywhere. That is why we put up a candidate in every single ward across the whole country. When it comes to local government elections, to give every single individual the opportunity to vote for someone to go. Now we are winning in other parts of the country. The recent Social Research Foundation’s holding showed that we are now the single biggest party in urban South Africa. We have overtaken the ANC across the whole country in urban South Africa. That is not a small milestone. It is absolutely enormous. And out of eight metro municipalities in South Africa, we know all the mayors. We have DA mayors in five of them. In most instances governing coalitions. But you have DA mayors in five of the eight metro municipalities. That’s extraordinary. And we now have governments, either overall majorities or coalitions, across seven provinces. If you said that five, six years ago, nobody would’ve believed you. But it’s happening now. So we believe that South Africa can change. We believe that increasingly people know that it’s in their hands. And the more they see a living, breathing example of better governance right here in South Africa, as proof in Cape Town, in the Western Cape.

On the referendum story

The objective of the working group is to enable the premier to call a referendum and we totally agree with that. I mean, in the Constitution, premiers have the right to call referendums subject to national legislation. The only problem is there is no national legislation, which means the premiers can’t hold referendums as is their right under the Constitution. So that right is moot and we want to make it a living valid, actionable right. So the DA is driving a private member’s bill in the National Assembly to create that national legislation within which framework premiers will be able to call referendums. And it doesn’t need to be on any particular subject. It is the right of the question to be determined by the Premier all the time. It’s not a referendum on a subject or subject. One of the key referendums we would look at very clearly is a referendum on devolving policing powers. Absolutely. And that is the kind of thing that the premier of the Western Cape could court, for example, to demonstrate where public opinion is on this matter. The premier needs to have that right and so do the premiers of every other province.

On restoring the rail system in the Western Cape

Rail has become dysfunctional in Cape Town, and Cape Town has perhaps the very best rail infrastructure and commuter rail system of any metro in South Africa. And it ground to a standstill along the critical central line because PRASA wasn’t even able to look after its infrastructure. And now the national government has given the city of Cape Town the right to do a feasibility study on whether to take over rail. It might be a bit late because it’s hard to get in private investors when the entire system has collapsed. And of course, the ANC always waits for the entire system to collapse before they will give an inch. But nevertheless, we’re trying to push on that. We hope, by 2024 when the election happens, to show some good results over this devolution. And to say to people, if you want your province or city to work, you have to become immune to the failing national state – and that lies in your hands.