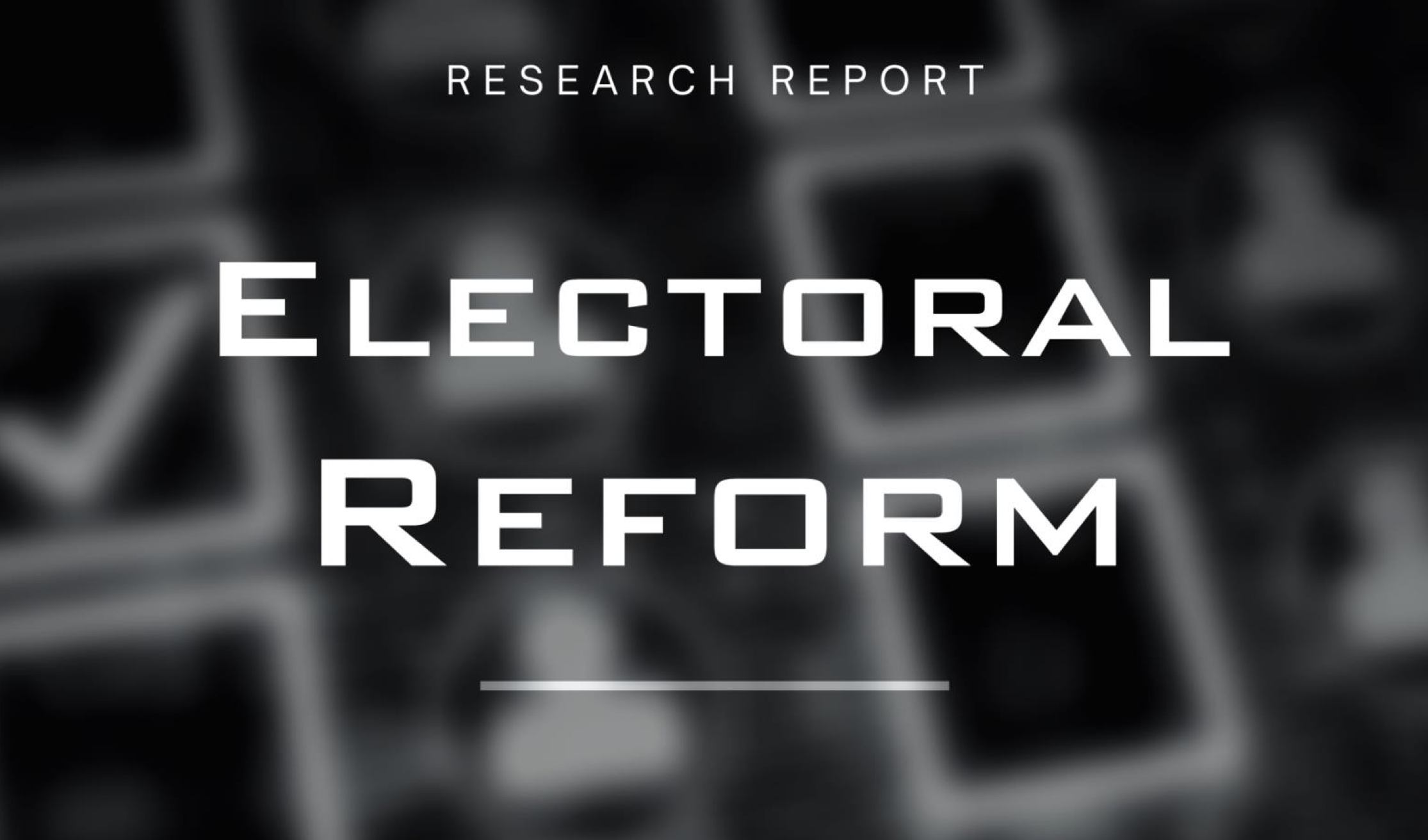 A new report on the Electoral Amendment Bill, compiled for OUTA and My Vote Counts, highlights some serious flaws in the pending legislation.

The author of the report is Dr Sithembile Mbete. She’s a senior lecturer in the Department of Political Sciences at the University of Pretoria, director of programmes at Futurelect, and member of the Ministerial Advisory Committee (MAC).

You may have seen a flood of recent news articles dealing with the issue of independent candidates standing for national and provincial office in 2024. This has never been allowed to happen before. It’s a big deal and only possible because back in mid-June 2020, the Constitutional Court made a landmark ruling that the Electoral Act of 1998 is unconstitutional. This particular piece of legislation excludes individuals from being able to contest national elections unless part of a political party. Freedom of association, however, is guaranteed as part of our Bill of Rights. And the freedom extends to choosing not to be a member of a political party but to still enjoying the constitutional right to stand for public office.

The drafters of the interim Constitution agreed a closed-list proportional representation (PR) system would result in a parliament, which mirrored the electorate, allowing for a diversity of political groups. Interestingly, however, Mbete notes the electoral arrangements in the interim Constitution were meant to be temporary and were only supposed to apply to the 1994 elections.

Since then, there have been several attempts in vain at introducing meaningful reform of the system starting with the 2003 report of Dr Frederick van Zyl Slabbert, who chaired an Electoral Task Team (ETT). Bizarrely, that report was presented to the cabinet in January of the same year and then promptly shelved without public discussion of its findings. You can read that report in full here, but it called for significant reform.

Then, in 2017, there was the Motlanthe High-Level Report. It is a very lengthy document but makes the statement on page 525: “A constituency system will hold politicians more directly accountable to the voters and will better ensure that election promises are kept for fear of being voted out. Such a system will serve to limit the power of individual party leaders and encourage MPs to vote in accordance with the needs and desires of their constituencies rather than only following party lines.”

The recommendation – loud and clear from Motlanthe’s review – was that Parliament should amend the Electoral Act to provide for an electoral system, which makes MPs accountable to defined constituencies on a proportional representation and constituency system for national elections.

In February 2021, Home Affairs Minister Aaron Motsoaledi established the MAC to help him develop policy options that would inform the contents of the Electoral Amendment Bill. It was comprised of several heavy hitters including three former election management officials, a former minister, two political scientists (including the author of OUTA’s report Mbete), an advocate of the High Court, and a current IEC commissioner. The committee was chaired by former Constitutional Affairs Minister Valli Moosa.

In his most recent opinion piece, Dr Michael Louis, chairperson of the Independent Candidate Association, writes that criticism of the bill came most vociferously from none other than the chair of the MAC.

Louis adds two-and-a-half years of public submissions, petitions, letters, public awareness campaigns and media engagement from civil society has ensued, warning Parliament that the system chosen can and never will pass constitutional muster and does not pass the test of one seat, one vote of equal value. This opinion was supported by many senior counsel opinions and legal experts. The strongest of these voices against the system chosen was Moosa himself.

“The system proposed in the new electoral system is not backed up by any form of literaturary analysis and does not exist anywhere in the world. At our committee, not a single party [majority party included] or academic, submitted or published an analytical paper explaining the wisdom of the proposed electoral system. The result is an irrational piece of legislation and a disaster in waiting,” said Moosa.

Louis recently told BizNews that electoral thresholds and quotas imposed on independent candidates to stand for office are completely prejudicial.

It’s simply not horses for courses.

Is this whole electoral reform topic very complicated? Absolutely. Is it fundamentally one of the most important discussions we, as a country, need to get to grips with? You guessed it.

Mbete ends her report with the observation that the Electoral Amendment Bill in its current form “is woefully inadequate and does not address any of the fundamental issues raised by civil society during the public participation process. There is a major risk that the bill creates more constitutional issues and inhibits meaningful participation of independent candidates.”

To read OUTA’s report on the Electoral Amendment Bill in full click here.