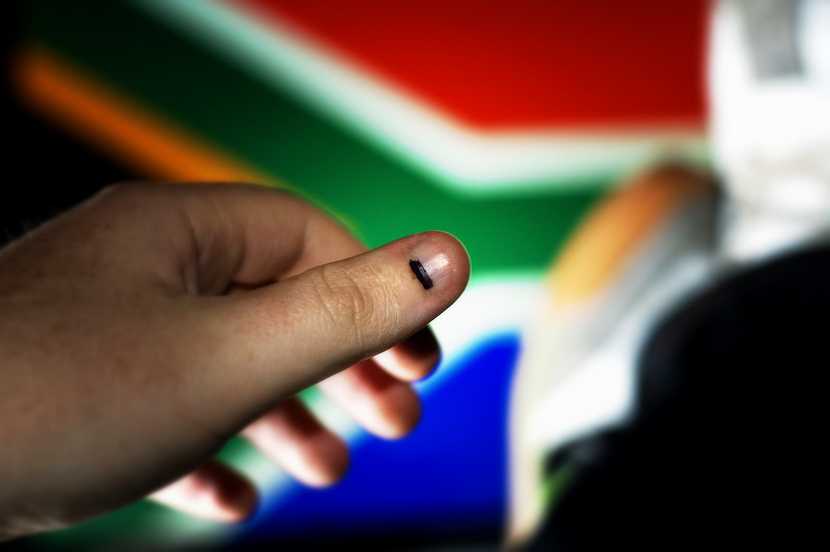 Should President Cyril Ramaphosa sign the Electoral Amendment Bill into law in its current form, it will be challenged in the Constitutional Court. In the opinion piece below penned by Dr Michael Louis, founder of the Independent Candidate Association, he articulates the groundswell of opposition rising to the “cosmetic adjustments” to the Bill. The National Assembly recently passed the Bill. It’s currently before the National Council of Provinces, with public comment still able to be given until 9 November. The Bill of Rights – which gives any individual the right to stand for public office – is at odds with current legislation stating anyone contesting elections must belong to a political party. In mid-2020 the ConCourt ordered Parliament to remedy the situation within 24 months, but that deadline expired in June 2022. An extension until 10 December this year was granted. Louis predicts that due to the flawed and defective process by which the Bill in its current form was crafted, it simply won’t pass constitutional muster. And he’s not alone. – Michael Appel

The ‘Kairos’ moment: Our last chance for electoral reform

When I – along with many others – began the legal challenge to our country’s electoral reform journey in May 2017, I believed that it was the final leg of the call to end the dominant political party structure of government and fulfil the essence of the Freedom Charter that proclaimed “the people shall govern and every man and every woman shall have the right to vote and stand as a candidate for all bodies which makes laws.”

This has been the main focus of my journey over the past five years, and champions the recommendations of the many statutory commissions since the Van Zyl Slabbert report of 2003 – that only total electoral reform will enhance accountability and bring government closer to the people.

From the ANC’s Pregs Govender report to the DA’s James Selfe’s private member’s bill to former president Kgalema Motlanthe’s High-Level Panel — the message has been clear and consistent – a constituency-based system is an answer.

Ignoring all wisdom, on 20 October this year, the National Assembly passed the Electoral Amendment Bill making minor, cosmetic adjustments to our electoral system. The Bill doesn’t adhere to the Constitutional Court’s order and is now in the mundane legislative process to the National Council of Provinces and then to the President for signature into law.

It is not by chance that more than 70 civil society organisations from business, religious and trade union sections are deeply concerned by the developments and will be challenging the bill in the Constitutional Court if and when the President decides to sign it into law.

Civil society is not alone. We’ve also seen the public pronouncements of two former statesmen voicing their displeasure with the bill.

First, former President Thabo Mbeki communicated at the Strategic Dialogue Group AGM last weekend that he was present at an ANC NEC meeting where a member of the NEC suggested that the party will change the design of the electoral system to ensure a win for the ANC in the elections. He was shocked by these utterances. He went on to say that most of the NEC members have no idea about the bill and the effects it will have.

Then, former Minister of Constitutional Development Valli Moosa – who chaired the Ministerial Advisory Committee on Electoral Reform, communicated at the Ahmed Kathrada Foundation’s annual lecture that the bill is complex, will not pass constitutional muster and went further to say that Parliament is playing a very dangerous game by tampering with one of the most basic human rights – the right to vote. More senior voices are adding their voices, with Mcebesi Jonas calling for mass mobilisation against the bill and for the public to nominate their leaders directly.

In this light, I am disturbed by the comments made by Dr Michael Sutcliffe this past weekend. Sutcliffe, a member of the Ministerial Advisory Committee on Electoral Reform, penned an opinion piece in which he suggested that a new electoral system is being “exploited by the elite.” It is an embarrassment to the integrity of his colleagues and the commitment of civil society to remain a constructive force in the process. We remain of the opinion the minimalistic option supported by him should never have been proposed because it would be impossible to pass constitutionality. The biggest flaw of the minimalistic option is that it forces single individuals to contest against organisations made up of many individuals in elections. Why must an individual form a civic organisation to qualify for a seat, as he suggests? This is against the spirit of Sec 18 of “Freedom of Association.” The only fair way would be for individuals representing political parties to contest individuals for a seat in National Assembly and Legislature.

Never before in my 28 years in politics have I ever experienced the calibre of leaders coming out in protest against the passing of a bill – be it civil society, former presidents, or respected statesmen and elders. As a fact, I know that the ANC has not formally taken a policy position on the bill, and I have come to think that the minister of home affairs himself does not support the bill. The issue of the Electoral Amendment Bill is more than just an administrative and systems issue, it is a human rights issue.

Our mission remains to continue our trajectory of mobilising civil society and the youth under the age of 35 years, as I believe they will have a huge role to play in the coming months. We need to continue to collaborate and stand firm to make the best of this opportunity that will not come around again in this generation.

As the next leg of the process unfolds in the coming months, we will be encouraging all civil society organisations and the public to submit their comments to the National Council of Provinces before 9 November. Our submission and comments regarding the flaws of the bill are well-known to Parliament and will again be highlighted. We will also highlight in our submission that we remain of the opinion that this is a Sec 76 Bill and not a Sec 75 Bill as classified, as it does affect provinces. Disturbingly, Parliament does not need to accept the recommendations made by the NCOP.

If the NCOP makes no recommended changes because of time constraints, it will strengthen our hand in our constitutional court application. There will be no second chance, and civil society will be mobilising public support to encourage the President not to sign the current Bill before 10 December and send it back to Parliament to accommodate and remedy the constitutional flaws. This will result in the Speaker of the National Assembly applying for a condonation application for an extension of time.

Reform must be won through the ballot box

As the Independent Candidate Association, while we understand that this is a process and not the end, we cannot take any risks. We will not rely on any sunset clause that will allow the process of electoral reform to start again post-2024. This happened in 1997, and a Transitional Electoral Act was passed, which took 27 years to remedy. This must not and cannot happen again.

It is a fact that countries do reform political systems, but not without a mass uprising, as there are no shortcuts; reform must be won through the ballot box. We cannot continue to hold our noses in the air when we vote, or worse, not vote at all.

We hereby plead with Members of Parliament to not misuse the opportunity presented and that we work together to pass a new law that we can be proud of and that will include the democratic values of simplicity, inclusivity, transparency, and fairness and where we can proudly say ‘one vote is equal to one seat of equal value.’

We owe it to the people of our country to create a new electoral system that will be a reflection of these values.

This battle must not be surrendered. Everyone who wants to build a new consensus and a country that works in the interests should join the fight now.