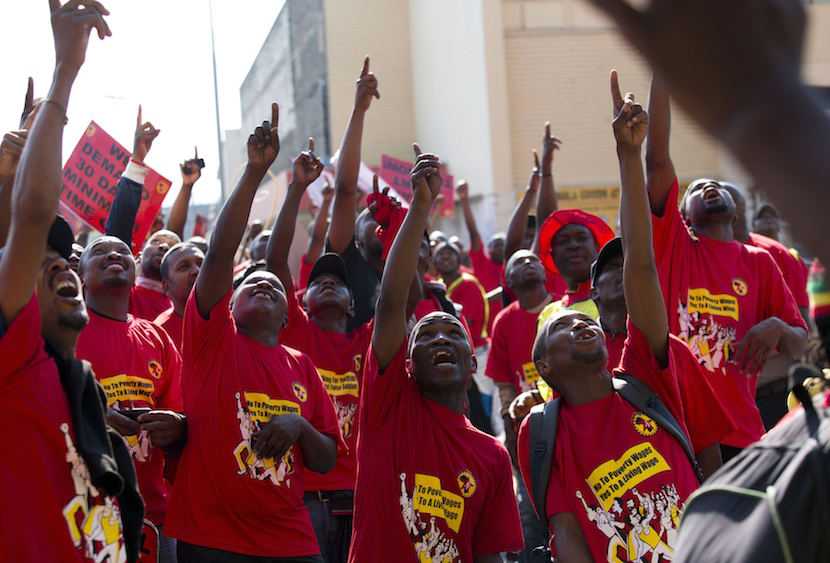 The Association for Monitoring and Advocacy of Government Pensions (AMAGP) argues that unions are holding state-owned companies like SAA and Eskom hostage with ridiculous wage and employment demands.

The more deeper the country sinks into its economic crisis the more demanding the unions become and the government submits.

The recent strike at SAA exposed the ridiculousness of demanding a salary increase when there was not even enough funds to pay one month’s salaries, yet the unions insisted on an increase. An increase that was to be paid with what? Naturally the government caved and the taxpayer would probably have foot the bill. Or the government’s piggy bank – the Government Employees Pension Fund (GEPF)?

At Eskom it’s worse. According to the IMF, Eskom is overstaffed by 66% and its debt is approaching the R500bn mark, but if mention is made of retrenchments union leaders threaten to paralyse the country. Eskom is a business that must ensure a reliable service AND must make a profit. Currently it is not succeeding. It does not exist to provide employment.

We at AMAGP and government pensioners know what is coming: the piggy bank, the GEPF, will have to be robbed as usual. Already 29% of the government pension fund’s assets have been invested in bankrupt state-owned enterprises such as Eskom. Does anybody know how much of the unions’ billions has been invested there? Will they dare to invest in such high risk investments? What contribution do they make to ensure the sustainability of state-owned enterprises?