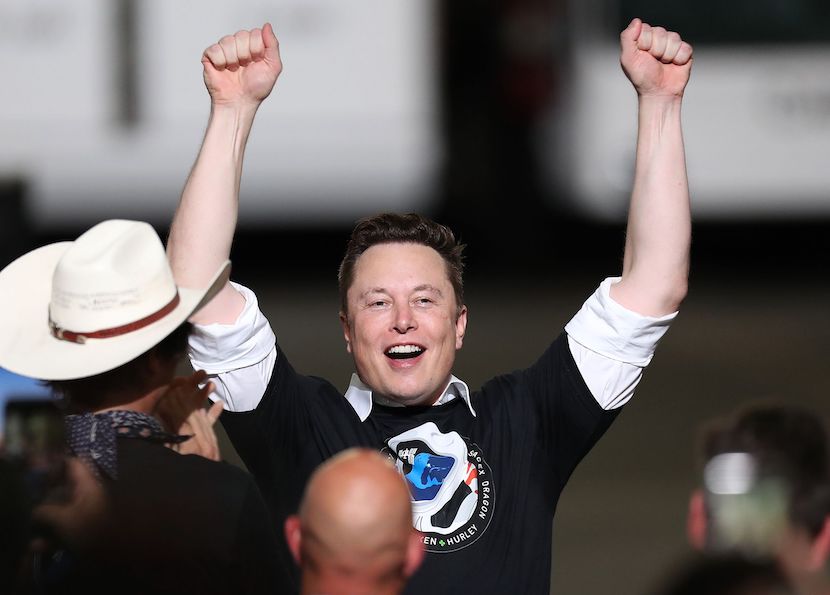 I note that your new portfolio still has no Tesla. Sad that Elon Musk is not acknowledged for his brilliance and creating so much wealth in his “own country”.

It is the fundamentals, pinned during the lockdown here in Kuwait in the summer of 2020, on that same WBHO – DCF model that you shared with us in 2016, that pointed me to something exceptional with Tesla.

Since I started following Tesla, and Elon Musk for that matter, I found more rational amateur and professional sell side analysts and, and downright good folk (on Twitter – all the good ones can be seen sharing – @TSLA Tesla Analysts and YouTube – Dave Lee on Investing and Tesla Daily) sharing tons of data and open source fundamental analysis every day.

They pointed me to the data which, when connecting the dots, clearly points to an almost insatiable medium term demand for Tesla’s products – semi autonomous electric cars, battery storage and solar generation. Note that Elon rather sees Tesla’s long term sustainable competitive advantage as their ability to design, construct and operate manufacturing facilities, this is acknowledged by, arguably his biggest legacy auto competitor, Herbert Dies of Volkswagen, himself is struggling to get the message to all the members of the Volkswagen Advisory Board.

This translates into generating revenue with a CAGR in excess of 50%, at ever increasing margins (approaching best in class), and reducing debt (which is miniscule compared to the industry). Legacy auto, I have come to realize, is on shaky ground, as their long term investments, in R&D, manufacturing and distribution, were made with an eye on a future (internal combustion engines) that is rapidly being dis-intermediated, with diminishing chances of generating the return/revenue envisaged. And that the real competition, globally for Tesla, will probably come from China (BYD, Xpang, etc.), like it did from Japan, for the auto industry in the 1970s.

During my short (I started reading the Intelligent Investor, which you suggested, in 2006 and investing in Oct/Nov 2008 during the crash) investment “career” I have never followed a company or founder like Tesla and Elon with so much readily and freely available comprehensible data, related to a company or the manager, to consume and interpret.

To put this in perspective, I thought I followed Berkshire/Warren Buffett, Capitec/Gerrie Fourie and Naspers/Koos Bekker by reading their results and reports and consuming every article and interview I could.

But in hindsight I was only scratching the surface and I really did not “understand the business”, mainly because it was not as freely available, transparent and in depth, and well covered as Tesla is. As a result it made it more difficult for a novice like me to understand the business, as Charlie Munger intends when he describes the four tenets of Warren and his investment framework.

What I subsequently realised is what happens when the above tenets are practiced as intended by Charlie, conviction grows to the point that will seem irresponsible to an outsider (Disclosure – I am almost (>80%) “all in” on Tesla (the balance is essentially with Dawid Krige at Cederberg Capital, an expensive Sanlam annuity that …, and crypto).

PS on a recent trip to Germany I went to the Tesla store, and asked when I would be able to order a seven seater Model S, X or Y, for my family of six, as they are not available for configuration on Tesla.de. The answer: “Maybe next year for delivery in October 2022 sir.” Demand far outstrips supply, and it will not be over soon. Imagine an iPhone at an average price of $50,000 and you can make as many as you can for the foreseeable future, in Apple owned factories running at industry best margins with no debt to speak of, by Tim Cook who is also CEO of three other Companies whose products are #1 in their respective industries, … and these industries were dominated by other players for years and Tim does it now for 1/10 of what the incumbents did, and one of these industries is rocket science … “and he is still alive Jordan Peterson about Elon Musk – YouTube 3 min 17 sec