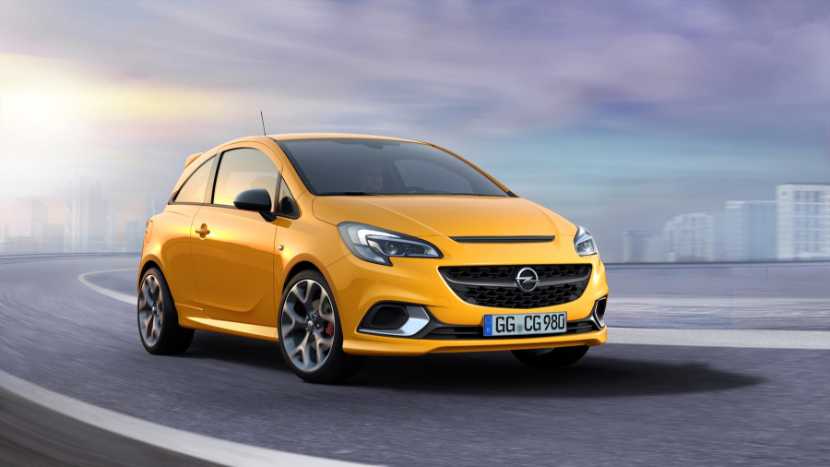 Opel has a fairly long and admirable history of making fast hatchbacks, with the prime period being the 1990s. The famed Superboss will be a name that many remember well for its on track exploits in the halo period of Group N circuit racing and there’s a strong argument that this car made Opel the powerhouse it once was in South Africa.

Since there were only 500 Superboss’s ever made the car that everyone could actually go out and buy was the warm version of the Kadette known as the GSi. The everyday hot-hatch if you will. That nameplate lived on in Opel’s hatchback stable all through the 1990s and into the early 2000s until being dropped in favour of ‘Sport’ and ‘OPC’ badging.

So it came as a bit of a surprise when Opel sent a Corsa GSi to us for testing recently. Having had a go in the Corsa Sport not too long ago, a car which we thoroughly enjoyed, it seemed a little odd to squeeze another performance version into a line up that is supposed to see the Corsa OPC coming quite soon. Not ones to turn down a fast pocket rocket, we duly spent the week with this low slung, big wheeled, fairly angry looking little Corsa.

It’s powered by the same 1.4-litre turbocharged petrol engine from the Sport, offering up 110 kW and 220 torques but in the GSi is mated with a short-ratio, 6-speed manual gearbox. The claimed 0-100 km/h time of 8.9 seconds is 0.7 seconds quicker as a result. In the real world the GSis in-gear acceleration is noticeably more aggressive and you’re getting through the cogs really quick, which is actually rather than given the positive action on the gear lever.

The biggest change comes under the skin, though, where the GSi uses the Nurburgring-honed sports chassis from the Corsa OPC. It’s definitely more rigid than the Sport and together with 18 inch wheels and very little tyre sidewall could perhaps be a little too harsh for some people. On the flip side that chassis with its short wheel base and wide, sticky Michelin Pilot Sport 4 tyres makes the GSi turn like a house fly. It really is a nimble little thing and will generate a ton of lateral load through corners provided the road surface is smooth. If not the rigid chassis and heavy spring rates in the suspension tend to cause a loss of grip. Driving the thing day to day is where is all falls apart for the GSi however, it’s simply too hard.

On the inside, the Corsa GSi features very supportive and racey Recaro front seats, a sports steering wheel, leather wrapped gear lever and aluminium sport pedals. Opel’s IntelliLink infotainment system covers your in-car connectivity requirements. Overall a rather nice place to sit if you’re up front, with . However those big seats up front means that rear access is rather difficult and once you’re in there isn’t much in the way of leg room.

Pricing wise the Corsa GSi comes in at R365,900. That’s quite steep when you consider a VW Polo GTi, boasting a lot more power, is just the other side of R400,000 and a Suzuki Swift Sport, which is more direct competition, is a lot nearer R300,000.

Despite a few obvious pitfalls the Corsa GSi is a terribly entertaining little thing to blast around in. It’s not so fast that you’re going to be in constant trouble, while the addition of a seriously racey chassis means you can have a lot of fun where it counts – in the corners. The uncompromisingly hard ride and hefty price tag will likely put most people off, though.