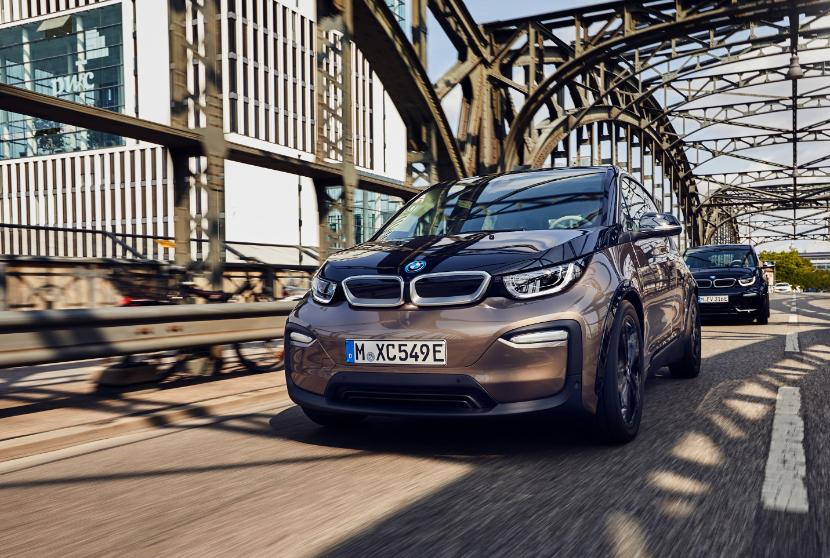 Like it or loathe it, electricity will be powering the next generation of motor vehicles to come out of the world’s leading automakers. The merits of that decision is a discussion perhaps best left for another day because trust me there are plenty arguments as to why that’s a bad thing, as well as a handful that are in favour.

One of the first fully electric vehicles that hit South African shores some 4 years ago was the BMW i3, a car I first sampled at an environmental conference held in Durban back in 2011 when BMW was prototyping the platform. At that stage it had been built into a Mini as a test mule, which I drove around the basement of the ICC building. Now, nearly a decade on, I had the second production version of the i3 arrive at the offices for a week’s worth of testing.

Most people’s initial impression of the i3 is that it looks rather space age. I tend to agree, given it’s bubble-like proportions with very short overhangs and fairly tall stance. Of course that’s all driven by what lies beneath.

You see occupants are basically sitting on the battery pack, which lines the floor of the car, leading to a sense that you’re sitting quite high up. Batteries weigh an awful amount so the idea of having them in the floor keeps the centre of gravity low down.

The cabin itself is very spacious considering the i3’s relatively small footprint. This is achieved thanks to electric motors being very compact by comparison to a traditional internal combustion unit. So less space is needed to house the powertrain.

Then there are the materials the i3 is made from, especially interior pieces, which include a large proportion of recycled plastics and man-made synthetics over the likes of leather. They’re left in what appears like quite a raw state which not only looks different but also adds a texture to the cabin that one wouldn’t normally see inside a car.

It’s an odd experience having an electric powered vehicle at hand. My first inclination was to drive it as far as I could on a single charge so that’s what I set out to achieve over the next 7 days. As a driving experience itself the i3 is unlike any conventional car. Electric motors have maximum torque available from the get go so the i3 takes off like a rocket ship. It’s exceptionally neat for city driving, or in any conditions up to about 80km/h which covers commuting in peak hour on a highway as well. The car’s small dimensions and this zippy form for propulsion really is a great recipe for everyday use.

BMW say the i3 can go as far as 260km on a single charge but that’s in the most optimal set of conditions possible. In the real world after a few days commuting to and from the office, a round trip of about 30km, I was feeling rather chuffed at how my available range seemed to indicate I could make it at least 5 days without needing a recharge. However on day 3, Thursday in that week, the reality dawned on me that I’d need to charge the car that night as I had a trip to a customer planned the next day.

Being a typical male I didn’t bother with reading the manual, so I plugged the car in just before heading to bed, at around 11pm, thinking the 6 hours before I woke would see the car at full charge. I was terribly wrong. The next morning I found the battery had gone from 35% to just 70% with a trip from Johannesburg to Pretoria on the cards and a small weekend getaway to nearby Magaliesburg. I was dead in the water as it turns out the standard charger takes 11 hours to fully charge the battery, which incidentally would cost just under R50 at current electricity prices in Johannesburg.

Fortunately I could fall back on my good old, trusty, petrol powered car for the weekend getaway. Of course the above issues could have been avoided with better planning and I’m sure that becomes part of your process should you own an electric vehicle. You can also have a fast or rapid charge unit installed at your house, if your electrical connection can handle it, cutting charge times to 3 hours or just 30 minutes respectively. It does however show up the technology as inherently less convenient at this very moment in time, especially in South Africa. We don’t quite have the infrastructure in place to stop en route for a quick charge.

Of course one must also consider the costs of running an electric vehicle. The R664,000 list price, before options, means the i3 is not a terribly affordable city car off the bat. At that money it competes with the higher end of large hatch backs, or indeed the entry point for a luxury saloon as well as many an SUV. The electric vehicle starts to make ground when you consider running costs as it not only costs less to ‘fill the tank’ but also less on servicing because electric motors are so much less complex than internal combustion ones. However considering most cars in this price range are available with a maintenance plan I’m not sure the consumer will benefit from lower servicing fees anyways.

So as much as I enjoyed the week experiencing this new era in motorised transport I couldn’t possibly recommend owning one unless it’s the second car in your household and even then I’d implore you to research the so-called green merits of electric vehicles before purchasing one. There’s an awful lot to consider before making such an early shift to electric here in South Africa.