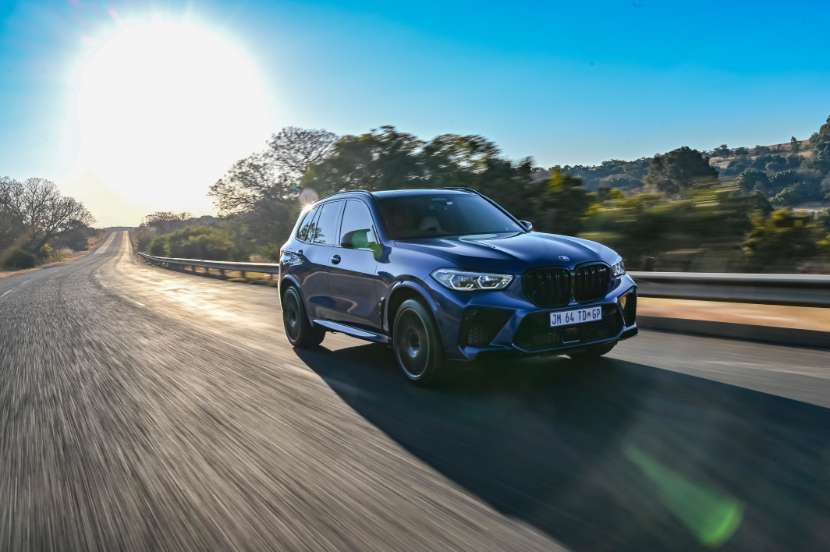 Let me caveat that inflammatory headline right off the bat. This is not a piece aimed solely at BMW – I just happened to have experienced BMW’s X5M, X6M and X3M in fairly quick succession. Had I been lined up with a series of Mercedes GL AMG models, or Audi RSQ or any other range of fast SUVs I’d have come to this same conclusion. Namely that the motoring world has gone absolutely stark raving mad.

You see there is a massive focus at the moment on sustainability across the private transport industry. Petrol and diesel powered cars are being forced to comply with ever increasing emission control standards while at the same time many European countries and some states across the pond have put a shelf life on the sale thereof. Vehicle manufacturers are, at the same time, sinking billions into R&D around electric vehicles. We have to cut emissions, you see.

Then on the other hand you have the consumer, who’s grown to be something of an entitled little brat. People want one vehicle to be the answer to all of their worldly transportation needs. It must carry more humans than they actually have in their families – and the dogs. It must be so safe that they can crash at enormous speeds and participants must emerge unscathed. In order to do such speeds it must be powered by a fire breathing monster of an engine that would make most ‘90s supercars blush. It must go around corners like the best sports car. The cabin must be filled with electric this, leather that and more entertainment than you’d find in your living room. It must look like a coupe but still have four doors and all that space. Oh and last but not least, it must be raised off the ground to some ridiculous height for purposes ranging from ‘being able to see better’ to ‘wanting to go off-road’ to ‘easier ingress’ and so the list goes on.

Of course vehicle manufacturers want to give the customer what they want, I mean that’s just good business sense, right? Unfortunately what the consumer wants is at complete and utter odds with the legislated goal of efficiency and sustainability.

The problem with what the customer wants is that it’s terribly inefficient. A great big, tall vehicle doesn’t exactly glide through the air very nicely so immediately wind resistance reduces efficiency.

Add to this that modern SUVs are comfortable tipping the scales at two tons – some, like the BMW X5M are nearer 2.5 tons. To make 2.5 tons go at the speed of light you need an engine of at least 3,0-litres with forced induction and that engine must be so thoroughly engineered that it doesn’t explode inside the warranty period. Manufacturers have become quite good at this part, which is partly to blame because it’s relatively simple to boost power to compensate for ever increasing bulk. However to make such a bulk that’s travelling at light speed stop you need a braking system that is simply massive, also adding weight and engineering complication. Furthermore to ensure that your SUV glides along comfortably but also handles ‘like sports car’ it’s either fitted with complicated, heavy air suspension systems or needs to be so stiffly sprung to control body roll that it’s ultimately rather uncomfortable all the time. Then when it comes to going off-road, well, anything worse than a well graded bit of dirt and those massive rims (wheels to civilised folk) and low profile road tyres just won’t do.

Take the X5M and X6M I recently drove as examples. The marketing gumph boasts about how immensely impressive the performance is given the fact that they weigh 2.5 tons. Should we be boasting about this? I spent the whole journey on the public roads worrying about exceeding the speed limit, which is so terribly easy to do considering 460 kW and 750 N.m are at the disposal of your right foot. The cabin is so insulated too that you hardly notice the world passing by in a complete blur. Then we were put on a race track and told to experience the ‘sports car’ handling. What nonsense. The brakes, as mammoth as they are, were starting to fade away after a lap. The sheer weight and raised centre of gravity means no matter how clever the air suspension, you arrive at a corner and are immediately disappointed by the lumbering response to steering inputs. It’s all just completely unnecessary.

I’ll grant you that some of the weight is down to safety, which is important but ultimately weight is the antithesis of sustainability and efficiency. Manufacturers should be making the difficult decision to sink R&D funds into saving weight rather than boosting power and adding trinkets. Less weight requires less everything, less power, less fuel, smaller components like braking systems. The great race car designer Colin Chapman lived by the phrase, “add lightness” which not only works on the race track but across the entire motoring landscape.

Unfortunately focusing on weight comes with the downside of failing to win the ‘all important’ top trumps competition. Ultimately that route may well have granted a stay of execution to the internal combustion engine, though, which would also have afforded the world more time to make an informed decision around the future of private transportation. Are electric vehicles really the right answer? We might only find out once it’s too late.