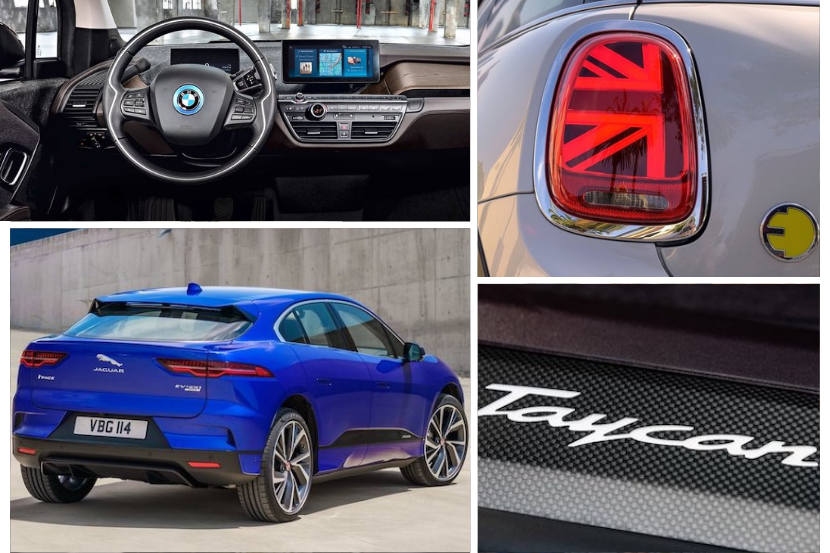 By the year 2030, the UK government plans to prohibit the sale of diesel and petrol powered cars. Various reasons – mostly environment – have lawmakers gunning for the end of the ICE (internal combustion engine). Still, as least plug-in hybrids will be available until 2035.

But what’s the situation in South Africa?

Well, electric vehicles certainly don’t enjoy the popularity that they do abroad – particularly in Europe and America. Part of the reason is cost. While numerous foreign governments incentivise the purchase of electric vehicles, the South African government currently does not. ICE engines are levied with an 18% import duty. But their battery-powered companions? 25%. 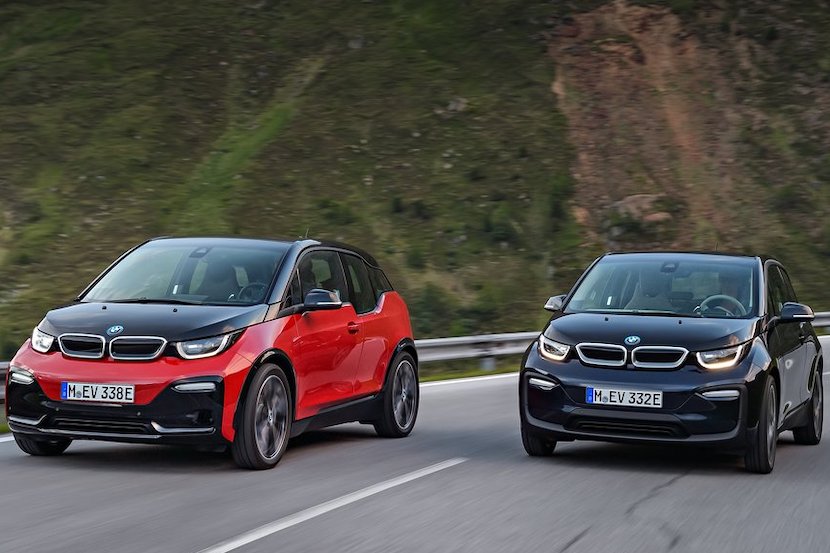 The i3 is probably the electric car most South African road users are familiar with. The distinctive shape and innovative, angular styling gives the small BMW a futuristic look. From the outside, the i3 appears to have just two doors, but that’s not the case. Open the pillarless front door and you’ll find a handle to open the rear suicide doors.

Compact it may be, but the i3 can take four passengers at a pinch. The avantgarde interior is appealing. Melding a clean, clutter-free design with sustainable materials creates a minimalistic yet luxurious ambiance. BMW says that 80% of the visible surfaces are made from renewable or recycled resources.

A 42,2 kWh lithium-ion battery provides up to 260 km of range. Charging the batteries up from empty to 80% will take approximately 3 hours when using a BMW wallbox. Pricing kicks off at R754,200 for the base model i3, with the range topping i3s Rex (range extender) retailing for R914,000. 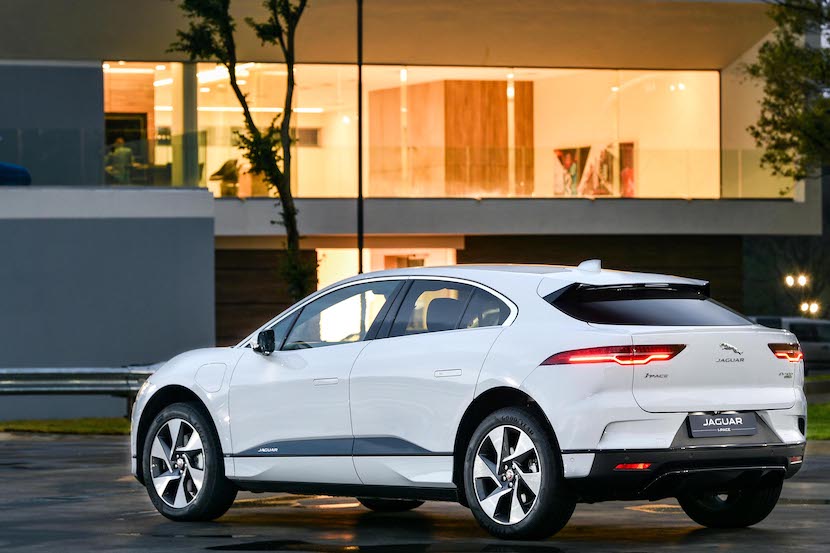 When Jaguar announced it was introducing an electric vehicle – and an SUV at that – many were taken aback. After all, it’s not what the British luxury car maker is known for. Apart from the mid-size F-Pace, the luxury SUV segment is relatively new territory for Jaguar.

On sale locally since 2019, the I-Pace is powered by a 90 kWh battery, producing a substantial 294 kW. A meaty 696 Nm of torque gives the 2,000 kg+ Jaguar rapid performance. 0-100 is dispatched in 4.8 silent seconds – quick for any SUV. More impressive though, is how quickly the I-Pace overtakes. All that torque is instantly available, catapulting the Jag past slower moving traffic. Impressively, the Jaguar can travel up to 470 km between charges.

Naturally, the ride is superb – more forgiving than the F-Pace’s more dynamic setup. The interior eschews the traditional ‘walnut and chrome’ interior for a modern, fuss-free facia. The JLR infotainment screen dominates the dashboard, while lashings of leather and intricate trim details liven up the cabin.

All this luxury and tech does come at a price, though. Starting at R1 942 600, the base model I-Pace S is nearly R100,000 more than Jaguar’s own F-Pace SVR – and that comes equipped with a supercharged 5,0-litre V8. I suppose it comes down to what you want from your Jaguar. The ability to silently slink through the (urban) jungle or establish dominance with a mighty V8 growl? 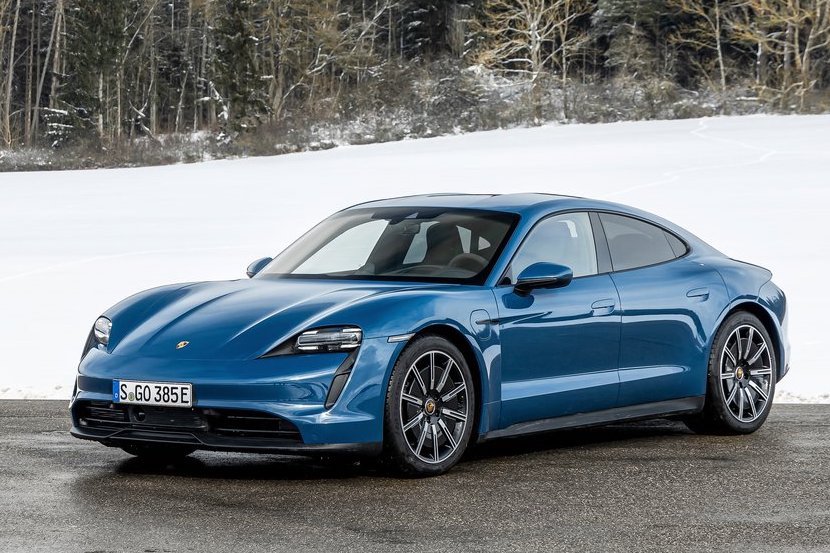 Talking about the Taycan requires liberal use of superlatives. Not only is the range topping Turbo S model the most expensive EV on the South African market (an eye-watering R4 027 000 before options) but the fastest, too. A mere 2,8 seconds is all the Taycan Turbo S needs to rocket itself to 100km/h. That’s just 0,1 seconds off the halo 911 Turbo S, a bona fide supercar.

If you’re not too keen on spending over R4 million on your electric car, perhaps the regular Taycan is more up your avenue. At R2 227 000, the price is certainly more palatable. Porsche claims the Taycan can travel between 354 – 431 km on a single charge – but expect that range to diminish if you intend on enjoying the performance in offer.

But let’s get back to the Turbo S. Interestingly, the 93,4 kWh batteries can be recharged as quickly as the Taycan flies down the road. Plugged into a 800-volt high-power charging station, the battery can go from as little as 5% to 80% in just 22 and a half minutes.

Currently, the Taycan remains unrivalled on the South African market. It’s closest competitor, the Tesla Model S Plaid, is not offered locally. However, the Mercedes-Benz GT 63 S 4-Door Coupé and Porsche’s own Panamera Turbo S can be considered rivals. 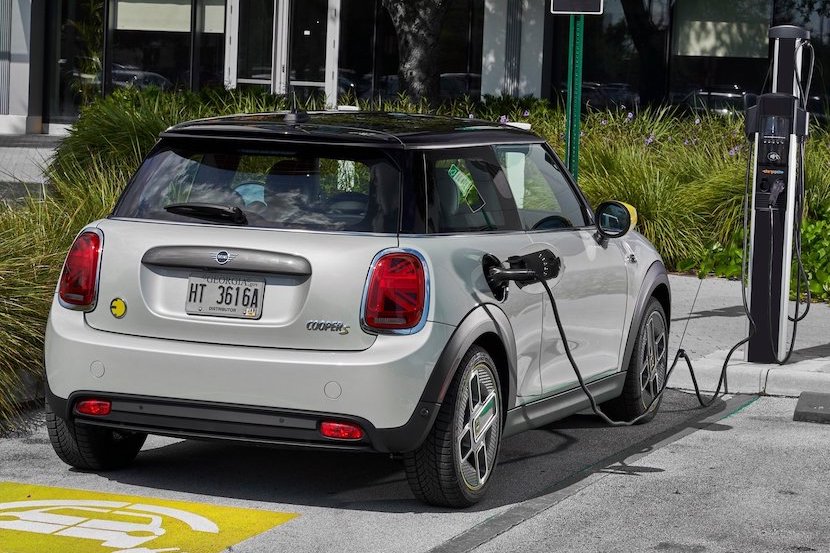 The regular Cooper and Cooper S are wonderful little cars. Behind the quirky, characterful styling, you’ll find the most wonderful driving dynamics. The regular Cooper is a hoot to drive. It rejoices at the sight of switchback roads and has a real penchant for mountain passes . It’s the same with the Cooper S, but with a turbocharged 2,0-litre engine, a rorty exhaust note is included.

So what about the Cooper SE? Well, obviously the exhaust cracks and pops are missing, but the straight line performance isn’t far off its petrol-powered brother. With 135 kW and 270 Nm of torque, the SE is capable of hitting 100 km/h in 7,3 seconds. The regular Cooper S does it slightly quicker, in just 6,7.

Still, that instant torque must be rather addictive in such a small package. While electric cars are usually styled in a distinctive manner, the Cooper SE could easily be mistaken for a more conventional counterpart. There are subtle tell-tale signs, though. Yellow trim detailing on the grille and side mirrors give the game away.

At R642,000, the Cooper SE is currently the most affordable EV on the South African market. While it may be the cheapest of these four, it’s still over R100,000 more expensive than a 3-door Cooper S. Mini says the SE is capable of travelling 217 km on charges – perhaps limiting the potential for long-distance travel – but there’s no denying it would make a wonderful city slicker.

What’s on the horizon: 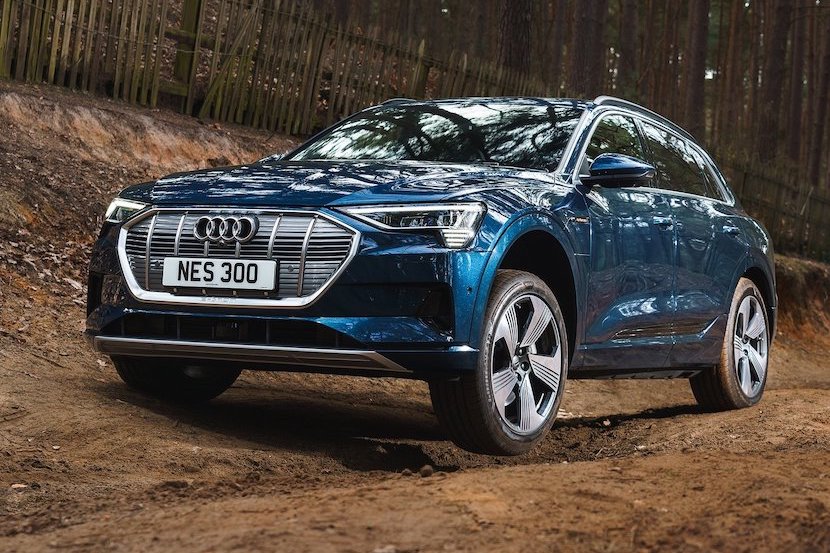 Audi’s first foray into the EV market has been met with positive reception. The mid-sized SUV – like the Mini above – is styled to resemble a conventional Audi – with a striking resemblance to the Q5. That spills over into the cabin, which in typical Audi fashion, is beautifully screwed together.

The E-Tron is said to offer a relaxing experience for five, although overseas reports indicate the I-Pace has the edge in terms of driving dynamics. The all-electric Audi is expected in South Africa sometime this year. 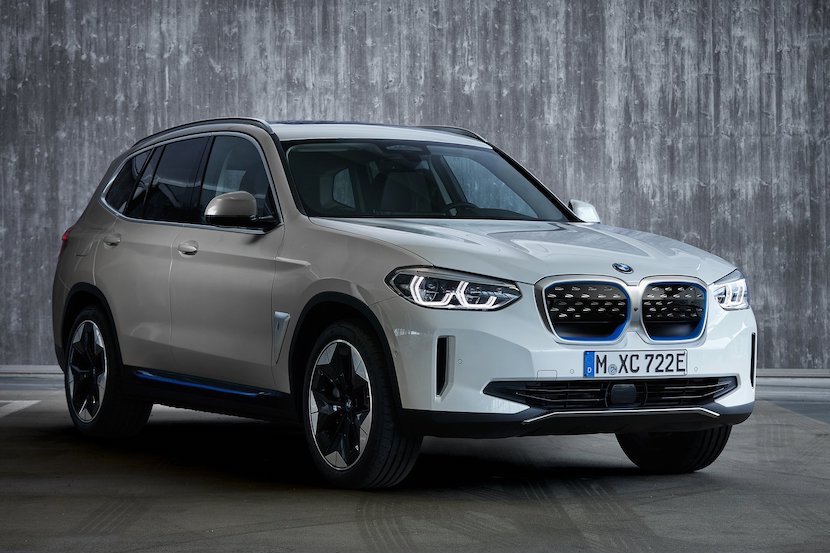 The locally-built BMW X3 is perhaps one of the most competent cars currently on sale in SA. Stellar build quality, excellent driving dynamics and a practical interior makes it popular with private school parents across the country. So, it would make sense for BMW to electrify one of its most popular models.

The iX3 – which should be available in SA before the end of the year – shares its basic design architecture with the regular model, with a few subtle differences. Blue detailing, a unique grille and bumper design distinguish it from the petrol and diesel powered models. While the regular X3 can be had with all-wheel drive, the iX3 is rear-wheel drive only. 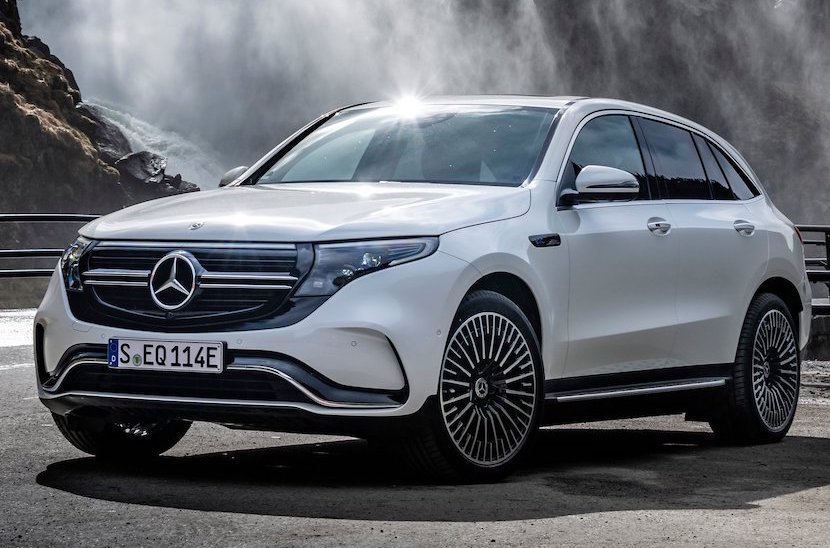 With a focus on luxury and refinement, the Mercedes-Benz EQC may lack the sporting edge of the I-Pace. But like the Audi, it counters with a sumptuous  interior and bespoke flourishes.

The 80 kWh battery pack is good for 300 kW – the same power Merc’s V12 was making not too long ago – with an estimated battery range of 417 km. Like the Audi and BMW above, the EQC is destined for the South African market sometime this year. All three are set to give the I-Pace a run for its money.