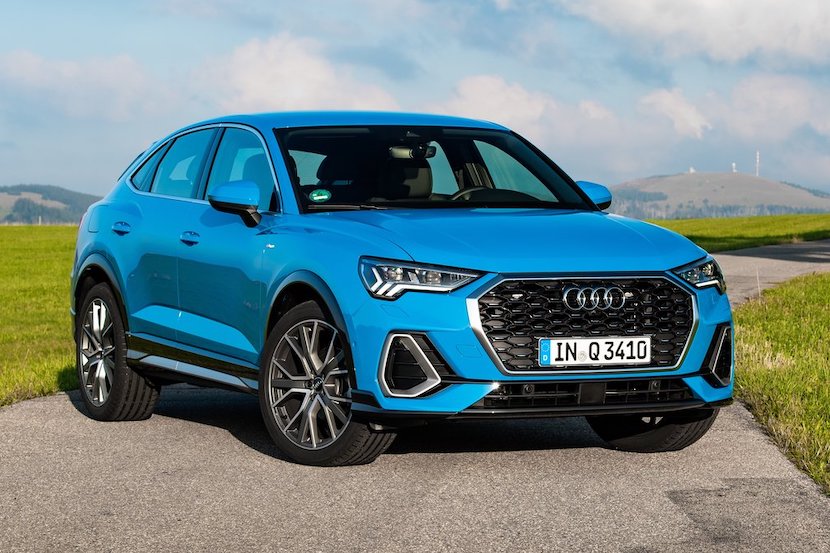 Audi’s Q SUV range is growing from strength to strength. From the eminently cool, boutique Q2 to the range-topping RSQ8, there’s no denying the overall desirability of the line-up. There’s something for everyone, too. Need seven seats? Q7. Something small and practical for a young family? Q3.

At the summit of the Q-family sits the Q8, a striking crossover coupé that features the latest tech Audi can offer, a sumptuous cabin and – depending on which powertrain you go for – an immensely powerful engine.

But you certainly pay for all the privileges that come with driving a Q8. With a starting price of R1 586 000, it’s certainly not what you would call cheap. But not to worry – if you’re looking for Q8 style at a fraction of the price, Audi has got you covered.

The Q3 Sportback is a more rakish, coupé-esque variant of the conventional model. The profile resembles that of the Q8, sporting the same dramatic roofline and squat rear end. Our 40 TFSI quattro test unit, painted in an exquisite shade called Turbo Blue (a R2,620 option), turned many heads and received plenty of attention from passers-by.

Under the bonnet is a 2.0-litre, four-cylinder turbo-petrol, which produces 132kW and 320Nm of torque (a decent increase over the 35 TFSI’s figures of 110kW and 250Nm). Paired to a seven-speed dual-clutch gearbox, the Q3 Sportback is capable of hitting 100km/h in a claimed 7.8 seconds. On the road, the Sportback feels agile. The turbocharged four-pot feels sprightly and works well with the quick-shifting seven-speeder most of the time.

On the long road, the Audi is equally impressive. Aside from the comfortable and refined highway ride, the quick-shifting gearbox gives the Q3 Sportback impressive overtaking abilities, making use of the 320Nm of torque brilliantly. Audi claims fuel economy of just 8.3 litres/100km. On a trip to Hermanus and back, I managed 9.1 litres/100km. With a bit of dynamic driving, that figure can rise to just under 10 litres.

When driving in a spirited manner, the Q3 shimmies through corners with confidence. The steering is nicely weighted and grip levels are very high (courtesy of the all-wheel-drive quattro system) but feedback is lacking. It rides rather well, though, dealing with bumps and potholes with ease. On the motorway, tyre and wind noise is kept to a minimum – the Q3 Sportback is nicely hushed at all speeds.

The interior of the Q3 Sportback is an excellent place to spend time in. The sloping roofline does have drawbacks, though – space in the rear isn’t as commodious as the regular Q3, with taller passengers struggling for headroom. Legroom is decent, while the seats are comfortable and provide plenty of support (and adjustment, too). The boot is surprisingly large, offering up to 410 litres of luggage space. Fold the rear bench down and a cavernous 1,280 litres of packing space is up for grabs. From behind the wheel, there isn’t much to complain about. The transmission tunnel isn’t intrusive and the optional heated and electrically adjustable seats (part of a R22,580 comfort package) are first-rate.

The armrest design could be improved upon, though. Tall drinks in the cupholder can interfere with the positioning. Build quality is top-rate, with most of the interior materials feeling plush and solid. The interior does have its fair share of harder plastics, sitting at odds with the otherwise luxurious (and minimalist) innards.

Audi’s MMI infotainment system is a joy to navigate through. Feature-rich and highly intuitive, it’s controlled via a 10.1-inch touchscreen. Haptic feedback does its best to replicate the feeling of physical buttons, getting closer to the sensation that most systems do. The optional Bang & Olufsen audio system (R9,170) provides excellent sound, with a clear and crisp delivery.

Audi’s ‘baby Q8’ is a rather capable crossover coupé. It boasts of a solidly-built (and beautifully designed) cabin, a refined powertrain and plenty of presence. However, the regular Q3 is more practical (and cheaper too), making the Sportback derivative a tough purchase to justify. However, if you value style and individualism, you could do a lot worse. It does a fine job of playing the role of ‘mini Q8’ and ought to be considered if you’re looking for something stylish, with a dash of practicality and distinctiveness.

40TFSI powertrain feels sprightly, aided by the quick-shifting seven-speed S tronic gearbox. Steering is nicely light and direct, too. A boon to drive around town and the suburbs. @audisouthafrica pic.twitter.com/jLneSb8pSs