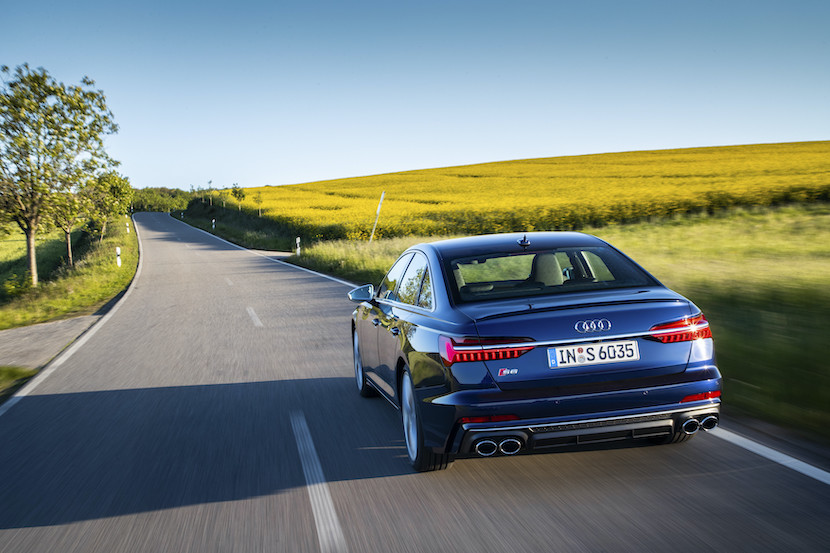 Currently in its fifth generation, Audi’s S6 is what most people go to when they desire an unassuming (but potently fast) mid-sized executive sedan. First introduced in the mid-nineties, the S6 boasted a powerful engine (a five-cylinder or V8, depending on model year) allowing it to sprint to 100 km/h in approximately 6.7 seconds. Despite the impressive performance, the S6 retained the conservative styling Audi was known for, earning it a reputation as the consummate Q-car.

As far as Audi performance models go, the S6 isn’t the most hallowed. The original Quattro, RS4, RS6 and R8 are the cars that are conjured up when thinking of sporting Audis. Still, the S6 has always held a special place in the Audi range, offering a superb mix of performance, luxury and daily usability.

Throughout the years, the S6 has been available with numerous engine options, including a magnificent V10. The current model makes use of the phenomenal 2,9-litre V6 that also does duty in the current RS4/RS5 models. While the V6 howls loudly in those two, it’s far more muted in the S6 – offering a more reserved, refined experience. Shifting the exhaust into sport mode does let the four pipes emit a fruitier, more soulful bellow.

The 331 kW powertrain works well with the quattro all-wheel drive system and eight-speed automatic. Everything feels sophisticated, and the steering is nicely responsive. The optional air-suspension (R 16,490) is cosseting and allows the large car to corner flatly. While dynamically engaging, it’s not as hard-edged or performance focused as the Mercedes-AMG CLS53 or BMW M550i.

The interior is typical Audi – a masterpiece in minimalistic design. It feels suitably upmarket and very special. The clean lines give a sophisticated, modern take on luxury. Most of the controls have been relegated to the two touchscreens that dominate the centre console. The upper screen houses various controls for the car – media, navigation, settings – while the lower screen is for the climate controls.

Haptic feedback does make it easier to navigate the various options, but physical climate control buttons would be more intuitive. Still, I’m sure you’d get used to it as time goes by. The quality of materials used are upmarket and feel dense, although there are one or two pieces of trim that don’t match the luxurious ambiance the rest of the cabin emits.

On the move, the S6 is a joy to drive. Audi claims a 0-100 km/h time of just 4,5 seconds, with a limited top speed of 250 km/h. Not happy being a one-trick pony, the S6 is as good at wafting down rough city roads as it is embarrassing hot hatchbacks and sports cars. The air suspension is certainly worth the extra outlay, as are the stylish 21-inch wheels at R17,500. Despite the large diameter, they don’t ruin the ride and really set off the styling.

At just over R1,4 million, the S6 TFSI offers a wonderful balance between a comfortable executive saloon and a sporting, dynamic sports sedan. While some may bemoan the fact that it’s softer than its rivals, I think it’s rather refreshing. The S6 has the ability to cosset and soothe the stresses of a tough day, through a welcoming cabin and plenty of tech. However, it can also thrill its driver when called upon.

In short, the S6 is the perfect sleeper car. An unassuming, elegant and subtle luxury car that can give a few Porsche’s a run for their money.