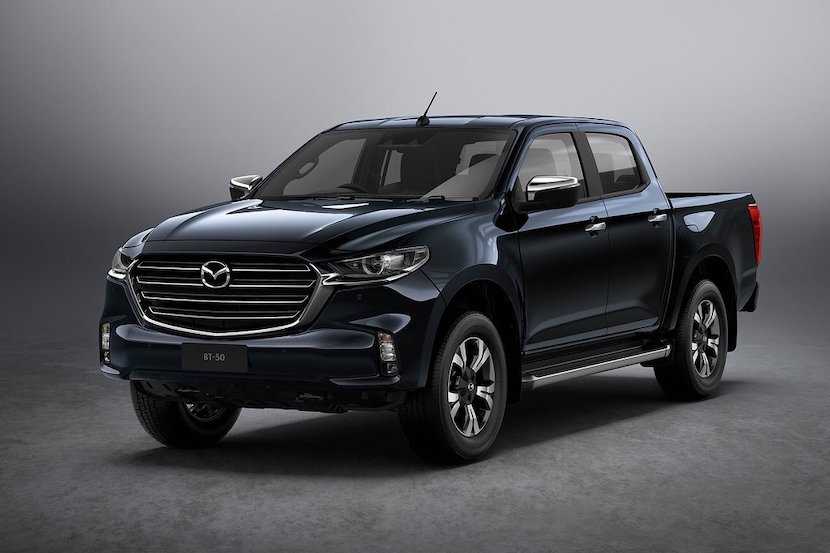 The double-cab bakkie has, for many decades now, remained the vehicle of choice for South African consumers who need one vehicle for work and leisure. In the last few years, the traditional bakkie makers (Toyota, Ford and Isuzu) have had to defend against an onslaught from other manufacturers.

In the last decade or so, Volkswagen, Fiat and even Mercedes-Benz have entered the fray, all with varying results. While the VW Amarok has grown to become one of the most desirable (and most expensive) options on the local market, the Fiat Fullback remains a rare sight. The Mercedes-Benz has disappeared completely, perhaps signalling that South Africa isn’t ready for a premium, plush bakkie.

Yet brands like Mazda, which has a proud history of building bakkies, have seemingly fallen by the wayside. The last-generation BT-50, sturdy and dependable as it was, just wasn’t able to cut the mustard with the segment leaders. As the Hilux, Ranger and Amarok received update after update, its market share was reduced to a minuscule slice of the bakkie-flavoured pie. 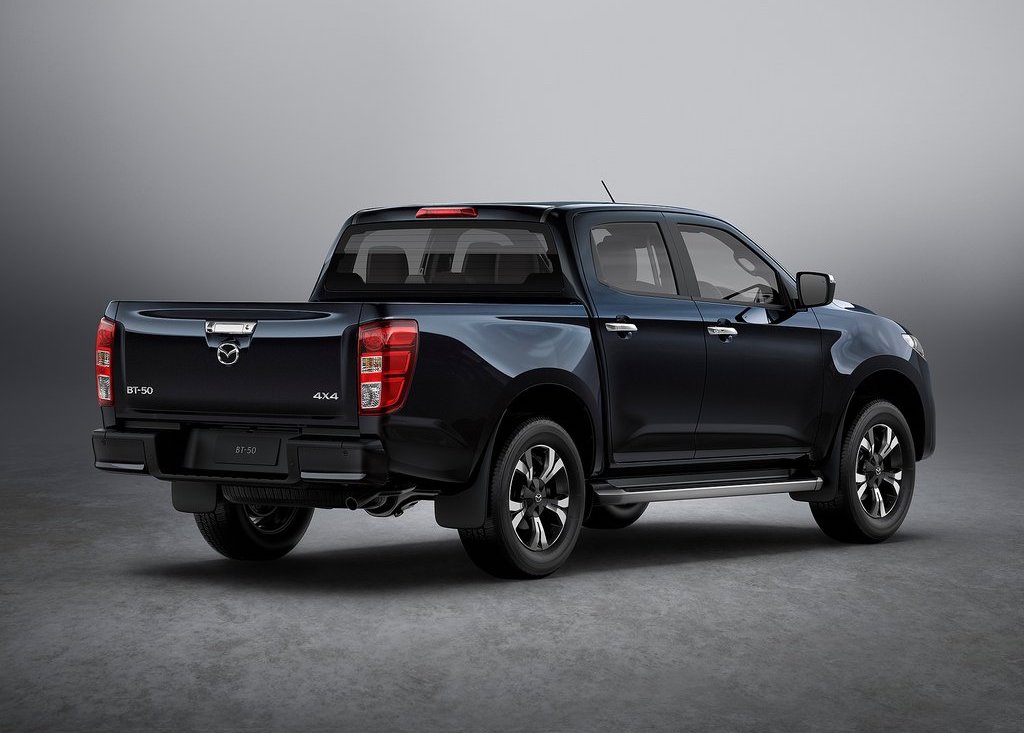 The Hiroshima-based brand hopes to change that with the all-new BT-50 Double Cab. As always, styling is subjective. But as far as bakkies go, the newcomer from Mazda is rather dashing and handsome. Sharing the familiar Kodo front-end you’ll find on its stablemates, the BT-50 looks classy. LED headlamps are standard across the range and give the base-model 1.9TD Active an upmarket appeal.

The Active trim level eschews the chrome trimmings bestowed upon the range-topping Individual. Where brightwork is present on the latter’s tailgate, door handles and mirror caps, the Active receives body-coloured adornments. Mazda must be commended for the generous spec level, with 17-inch alloys, rear parking sensors (with a reversing camera), cruise control and seven airbags all standard, among other features.

Typically Mazda, the interior feels suitably solid and is a pleasant space to spend time. The cloth-trimmed seats offer decent levels of support, but — a common gripe with all double-cab bakkies — space in the rear is cramped, and not helped by the rather upright backrest. There is plenty of stowage with large door bins supplementing the centre console bin and dual glove boxes. A touchscreen infotainment system ships standard and is intuitive to command. Naturally, Apple CarPlay and Android Auto compatibility is standard. 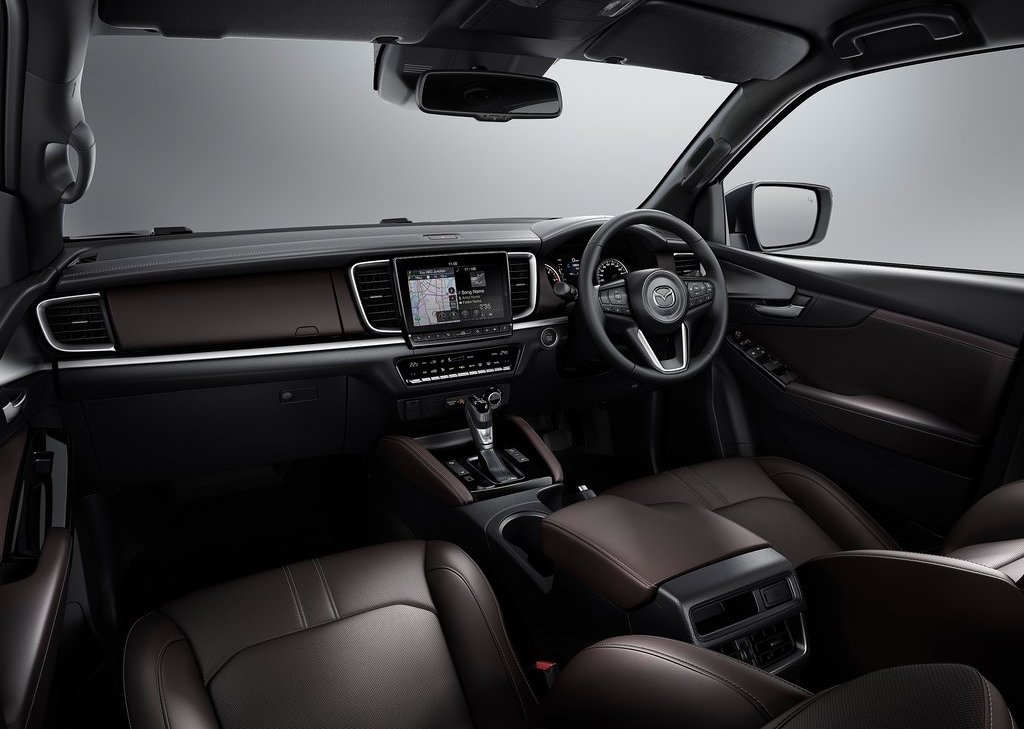 At odds with its passenger car siblings is the BT-50’s notchy ride. As a result of the leaf springs, many bakkies are afflicted by a jittery ride quality. However, rivals like the Ranger and Amarok offer a far better, more composed ride quality that wouldn’t be out of place in an SUV. The BT-50 could do with more dampening over harsh road surfaces or rough irregularities.

Where this does come in handy is on loose surfaces. Despite the lack of four-wheel drive, the BT-50 attacked gravel roads and some light off-roading with ease. The Japanese leviathan glides over gravel, even when wet. Sure-footed and composed, the fine off-road ride quality is complemented by the steering. A touch cumbersome on the road, it feels more at home when not traversing tarmac.

Perhaps the most noticeable fly in the BT-50’s ointment is the lack of grunt. The 1.9-litre turbodiesel powertrain produces 110 kW and 350 Nm of torque. While acceleration and top speed isn’t crucial in a vehicle such as this, overtaking and high speed manoeuvre’s need careful thought. It is, at least, remarkably frugal. In my time with the Mazda, I travelled a few kilometres short of 700 and managed to use just three-quarters of a tank. Mazda claims a fuel-use figure of 6.6 L/100 km. I averaged around 9.6 L/100 km, with plenty of stints in traffic. This frugality is certainly helped by the Mazda’s smooth-shifting six-speed automatic gearbox. A manual derivative is available, at R611 900.

As a workhorse, the new BT-50 (based on the soon-to-be-launched Isuzu D-Max) makes sense. The rear load bay is sizeable and, with a lofty ground clearance measurement of 235 mm, there’s little the Mazda won’t clear. It looks decidedly handsome and boasts a generously equipped, well-built and stylish cabin. Although, at R647,900, it is priced in a very competitive double-cab segment. R611,300 gets you behind the wheel of the Ranger 2.0 SiT A/T that offers exceptional value for money. With more power and torque, it’s got a stronger response and offers superior spec to the BT-50. Even more powerful (and cheaper) is the Triton from Mitsubishi. For under R600,000, the Triton is the most powerful option and offers what is arguably the best ride in the segment.

Next to the aforementioned rivals, the stylish Mazda’s biggest chink in the armour cannot be ignored. It is notably more expensive than rivals that match (or in some cases, better) its own specification levels. What’s more, they offer more power, comparable service/warranty plans and a more cosetting ride quality. That being said, there’s much to recommend here for buyers looking for a workhorse that is both stylish and frugal, with a healthy dose of luxury features.