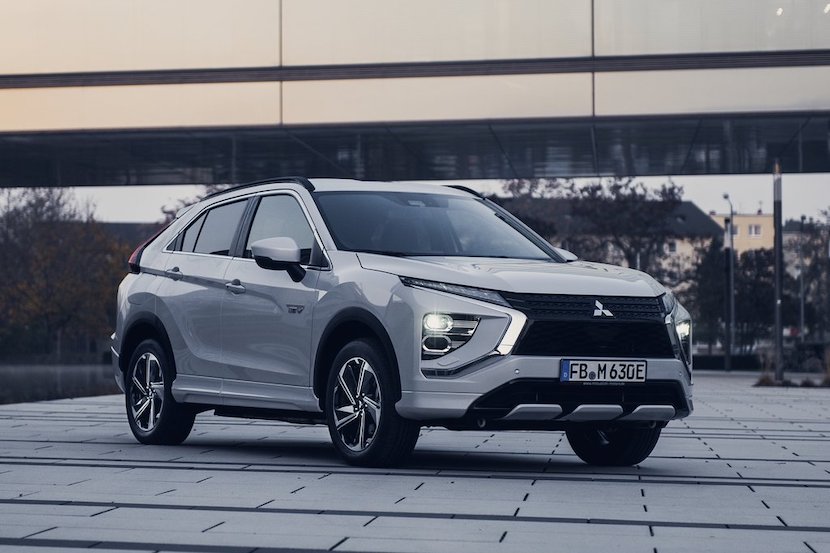 First seen on the rear of a compact sports coupé in 1989, the Eclipse nameplate now lives on, affixed to Mitsubishi’s latest crossover, the Eclipse Cross. While many lamented the loss of the sports car — and the sacrilege the brand committed by transferring the hallowed name to a family SUV — Mitsubishi attempted to appease fans by giving the crossover a coupé-esque profile.

The attempt, as admirable as it was, wasn’t the success the Japanese brand had hoped. From the front and sides, the styling was perfectly acceptable, inoffensive, even. The rear was a different story. Inexplicably, Mitsubishi had modelled the rear on one of the ugliest cars of all time, the Pontiac Aztec.

Two and a bit years later, it seems the company has learnt its lesson. The facelifted model looks far better. It has retained the quirkiness of the outgoing model, but with more refined and tasteful styling that will appeal to a wider crowd.

Heavy updates to the exterior of the Eclipse Cross include a revised grille, sleeker headlamps and an updated front bumper. This has resulted in an altogether more modern look that has brought the crossover bang up to date. The most obvious revisions are to be found at the rear, where the split rear windscreen has been abandoned. The odd light bar has been relegated to the bin, replaced by a pair of svelte-looking taillamps.

Sold only in GLS trim, you would have to be a tough customer to not be impressed by the Eclipse Cross’ comprehensive list of features: 18-inch alloys look good and don’t impede the ride quality, which soaks up the bumps with ease; daytime-running lights with LED headlamps; parking sensors (front and rear); a reverse camera; head-up display; climate control and an intuitive touchscreen infotainment system with Apple CarPlay and Android Auto all ship standard, among other things. The leather-trimmed seats are supportive and benefit from electric adjustment and two-stage heating. Interior quality is equally impressive, with plenty of soft-touch material and leatherette surfaces.

Courtesy of an adjustable steering wheel, it is easy to dial in your preferred driving position. The front passenger enjoys the same electric seat adjustment afforded to the driver. In the rear, knee room is on par with rivals. At 1.70 m tall, I was able to sit behind myself with ease. Taller passengers may struggle though, as the swooping roofline cuts into headroom. To be fair, this criticism can be levelled at rivals such as the Toyota C-HR. The boot, at 437 litres, is bigger than the C-HR’s (328 litres) and the Honda HR-V (393 litres). Impressive, but the full-sized spare wheel does eat into the boot, with a raised floor robbing the commodious load bay of precious space.

Prod the starter button and the 1.5-litre turbopetrol politely introduces itself. Quiet on start-up and during regular driving, the four-pot makes itself noticeably audible only under harsh acceleration; a characteristic of CVT-equipped vehicles. The revs rise suddenly as you mash the right pedal, calming once you reach the desired speed. Most of the time, the 110 kW/250 Nm powertrain works well with the CVT ‘box, which features eight steps to mimic a traditional automatic transmission.

Unlike the sports compact from which the Eclipse derives its name, corners are not the crossover’s forte. Body roll is pronounced, yet grip levels keep the Mitsubishi where you want it. The steering is also relatively lifeless but these things aren’t of importance in a car of this ilk. A worthwhile trade-off of the body roll is a superb ride quality. Despite the aforementioned 18-inch alloys, the Eclipse Cross rides with aplomb. It is smooth and supple and the compliant suspension deals with bumps and keeps unpleasant jolts out of the cabin.

Perhaps one area in which Mitsubishi can improve is fuel economy. For a small capacity turbo motor, the Eclipse struggles to average less than 8.0 L/100 km. In heavy traffic, it can sometimes surge past 10.0 L/100 km. Over a week and 500 km, I managed a fairly middling 9.1 L.

The Eclipse Cross has benefited considerably from the facelift. More appealing to look at, it now has the styling to match the rest of the package. The Mitsubishi’s penchant for unleaded can be somewhat mitigated by careful and considered driving, but those who struggle to get along with the CVT gearbox will have to look elsewhere; it’s the only available choice. The torquey motor is great but at R40,000 cheaper, a lesser-powered 2.0-litre derivative is available, which is something to consider if you don’t regard performance as crucial. The Eclipse Cross is a fitting choice for buyers who require space, practicality and plenty of equipment mixed in with left-field styling. A three-year/100,000 km warranty and five-year 90,000 km service plan is standard.