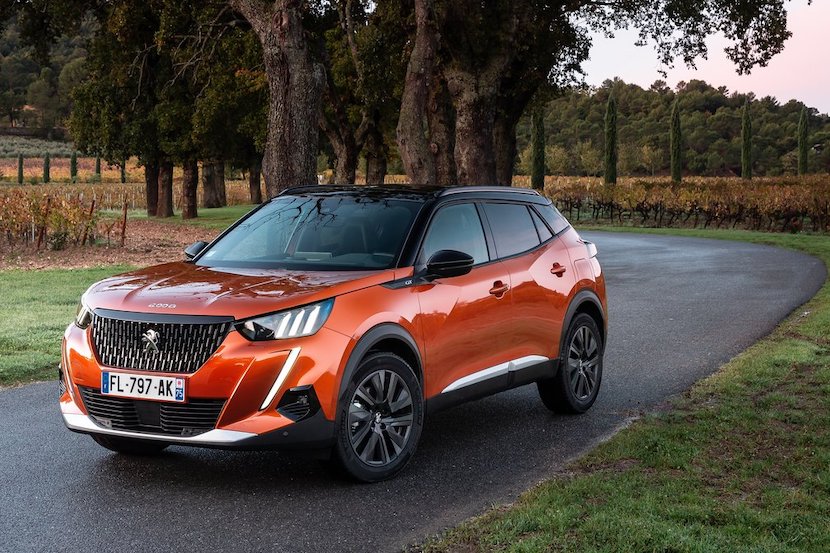 When you think of motoring pedigree, your mind often races to brands like Ferrari or Mercedes-Benz. Iconic brands which, through innovation and racing success, have become admired and much-loved across the world. There are car manufacturer’s who have an equally long and illustrious history, yet have seemingly fell through the cracks.

Peugeot is one such brand. Not only is it one of the oldest companies in the world (founded in 1858) but it has incredible motorsport pedigree and a history peppered with some of the finest road cars. Their rallying success with the 205 Turbo 16 and later, the 206 WRC, cemented their reputation for no-nonsense, durable performance cars. On the touring car track, the Ultron 406 battled it out with rivals from Volvo, Ford and Toyota – often on two wheels as it carved up corners.

On the road, the ancient 404 workhorses conquered Africa while in Europe, the 405 Mi16 showed their performance car prowess.

So why is it that most South Africans only have negative things to say when Peugeot is brought up?

Well, in the last 20 years, Peugeot’s production car line-up was certainly what you’d call less than desirable. Reliability and build quality issues plagued the French brand, with many vowing never to buy a car from the Paris-based brand. All that has changed, thankfully, and Peugeot is back to building some brilliant cars.

Take the 2008 GT I spent some time with recently. First off, it looks absolutely fantastic. In a marketplace where most compact SUVs are starting to resemble each other, the 2008 is a breath of fresh air. From the distinctive “3-claw” headlamp design, the squared-off bonnet and detailed radiator grille, it certainly stands out from the crowd.

The interior is just as tasteful. Compared to its closest rival, the Volkswagen T-Cross, the materials used are far plusher and more luxurious. Everything you touch feels soft and textured. The interior design is very avantgarde, seemingly inspired by a fighter jet cockpit. You have switches shaped like airline toggles, a wraparound dashboard that cocoons you and wonderful ambient lighting (on the GT, at least) that makes it a really special place to be. In my opinion, it’s got the best cabin in class. Add in the quirky, two-spoke steering wheel and the fantastic 3D i-Cockpit, and it’s a winner.

That being said, the infotainment system is overcomplicated and very tough to master. Operated via touchscreen, simple things – like changing the cabin temperature – can be difficult to do, due to the various menus and sub-menus. I’d prefer analogue dials to adjust the climate controls, too. At least the 2008 GT is very well-equipped. It comes standard with features the Germans charge extra for. Indeed, rear parking sensors, a reverse camera, LED headlamps, climate control, navigation and seat heating are just a few of the many goodies that come as standard. A three-year/60 000 km service plan is part of the package.

Comfort wise, the front seats are brilliant. They’re body-hugging and very supportive. They look great, too – trimmed in faux-leather and a retro houndstooth material. The standard heating will warm your bottom in mere seconds (just nine, I timed it) and overall, there is ample adjustment. For a compact SUV, space at the rear is rather impressive, too. A 1.8m tall adult can fit easily in the rear. While headroom may be a bit of a struggle, knee room is generous. The boot is commodious, offering up 434 L of luggage space. Flip the 60/40 split rear seats down, and you’ve got 1 467 L of packing space.

To drive, it’s an equally positive experience. The 2008 shares its 96 kW/230 Nm 1.2-litre, three-cylinder turbopetrol with other Stellantis products, like the new Opel Corsa. It may not sound like much, but the Peugeot pulls like a train. Zero to 100 km/h is dispatched in 9.1 seconds, but it’s the in-gear acceleration that impresses most. With all that torque, it feels like a diesel, simply surging ahead before running out of revs. This does affect fuel economy, though. But, if you drive it like a sensible person, you’ll easily match Peugeot’s claimed figure of 6.4 L/100 km.

Through the corners, there’s not much to rave about – and that’s okay. It’s refreshing to drive a mainstream vehicle that puts a concentrated emphasis on comfort and ride quality. I can live with body roll if a car dismisses potholes with ease. The 2008 takes road irregularities in its stride, gliding over bumps and ditches nearly as well as a luxury Mercedes. The three-pot makes a great, throaty warble when pushed. Drive it gently, however, and it disappears into the background. The 2008 is nicely refined.

Quite simply, the 2008 deserves to succeed. Apart from the difficult to master infotainment system (and an equally confusing cruise control switch) I couldn’t find anything to fault. If you’re in the market for a compact SUV – or looking to downsize but don’t want to sacrifice comfort or luxury – the 2008 may be the answer to all your questions.