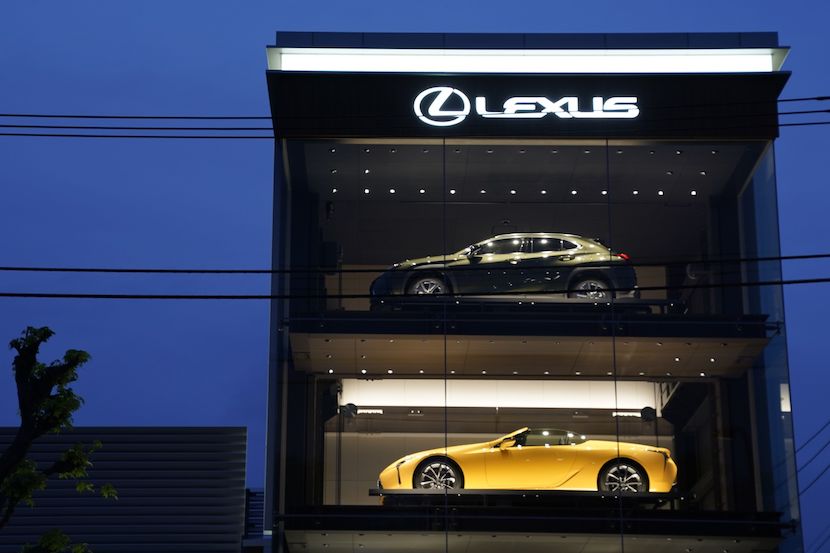 Introduced in 1989, Lexus rewrote the luxury car rule book. Toyota wanted to challenge the very best Germany had to offer, but couldn’t do so with the humble Toyota badge. Thus, Lexus was born. The goal? To create, what was then, the finest car in the world. Rolls-Royce was certainly more prestigious and a Mercedes-Benz S-Class had unmatched gravitas, but Toyota’s premium arm would conquer from an engineering and technological perspective.

Headed by the fastidious Ichiro Suzuki, over 4,000 people were involved in bringing the LS400 to life. Lofty goals were set. For example, the new flagship had to reach 250 km/h (quick for the mid-80s) but still achieve 10.5 L/100 km. Cruising at 100 km/h, Suzuki demanded the cabin noise levels not exceed 58 dB.

These and many other tough requirements paid off. Not only did the brand manage to achieve what it wanted (read any of the LS400’s contemporary reviews) but they also managed to considerably undercut their rivals’ pricing. Wealthy Americans swapped their Jaguars, BMWs and Mercedes-Benzes faster than anyone expected. The new Lexus was the car to own.

This sent the Europeans into a scramble, trying to offer vehicles that would compete on the Lexus’ price level. Still, they couldn’t match the refinement and quality of the little-known Japanese brand.

As the years rolled by, however, Lexus seemed to lose its stranglehold on the luxury market, and the established Germans slowly crept ahead again.

However, as Bloomberg reports, the brand has managed to outsell its German rivals in the US in the third quarter, “a sign it’s navigating the global chip shortage more deftly than competitors”.

Currently leading the luxury carmaker pack, Lexus — driven by its popular RX and NX crossovers — sold just over 81,000 vehicles in the quarter. Comparatively, BMW — whose range of SUVs is made up of no fewer than seven options — trailed behind, delivering 75,619 vehicles.

This result is remarkable, with Autotrader analyst Michelle Krebs telling Bloomberg this result was achieved despite Lexus having fewer cars on dealership floors.

New and used car sales prices have skyrocketed in recent months as the global semiconductor crisis resulted in factories slowing production or shutting down completely. Brands like Skoda have had to close their manufacturing plants, while Mercedes-Benz and BMW have slowed production.

Krebs noted,“What we have realised throughout the shortage is that Toyota and Lexus have extremely efficient distribution systems.”

Among the luxury car brands, it’s Mercedes-Benz that took the biggest hit, with Bloomberg reporting the Stuttgart-based brand seeing US sales fall 21% July through September compared to 2020. Lexus enjoyed a sales increase of 7.7% in the same period, while BMW had the biggest growth at 8.7%. Audi’s  sales fell 14% from 2020, another company affected by the chip shortage.